All political parties in Uttar Pradesh have said the upcoming Assembly elections should be held on time while ensuring COVID protocol, the Election Commission said today, clearing the air on whether polls will be held amid a spike in new infections. 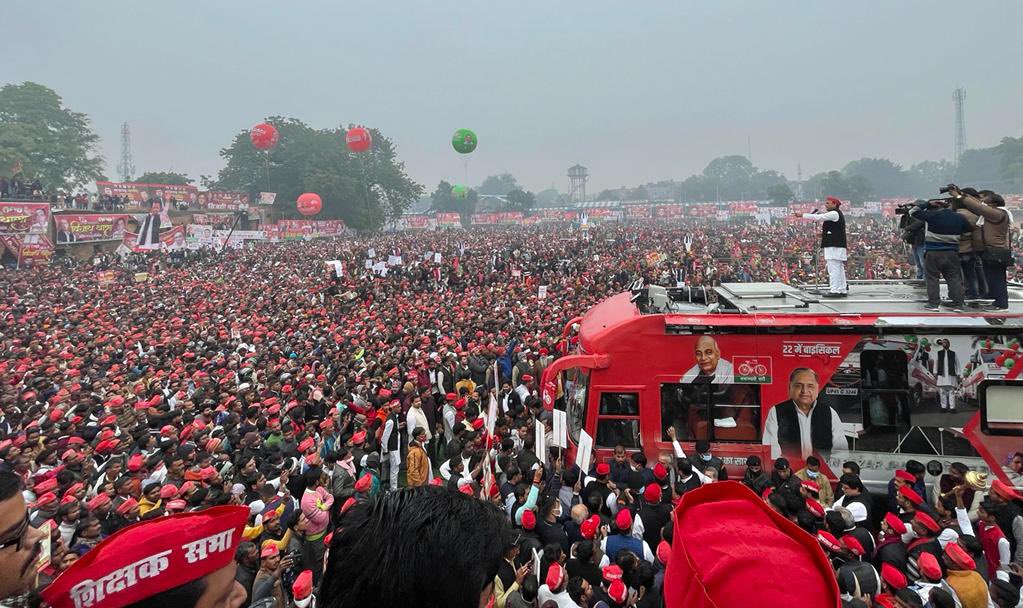 The remarks came after an Election Commission team led by the CEC visited the state after the Allahabad High Court had urged it to defer the Uttar Pradesh polls. Photo courtesy: Twitter/@AshishNarayanV8

"Voting during Assembly elections will be held from 8am to 6pm on the date of polling," Chief Election Commissioner Sushil Chandra said. He told the media that all parties, including the ruling BJP, prime challenger Samajwadi Party, the Congress and Bahujan Samaj Party, among others, have said the elections must be held on time.

The parties had come up with suggestions on how vulnerable groups in the population can be protected from the threat of infection, he added.

On being asked about big political rallies, Chandra said, "We have discussed this issue with the health secretary. When elections are announced, we will issue directions specifically on this issue looking at the situation then."

Representatives of all political parties met us and told us that elections should be conducted on time following all COVID19 protocols: Chief Election Commissioner Sushil Chandra on 2022 UP Assembly elections pic.twitter.com/0xmDP9rwH1

The remarks came after an Election Commission team led by the CEC visited the state after the Allahabad High Court had urged it to defer the Uttar Pradesh polls amid a spike in COVID cases driven by the new Omicron strain and requested Prime Minister Narendra Modi to ban election rallies.