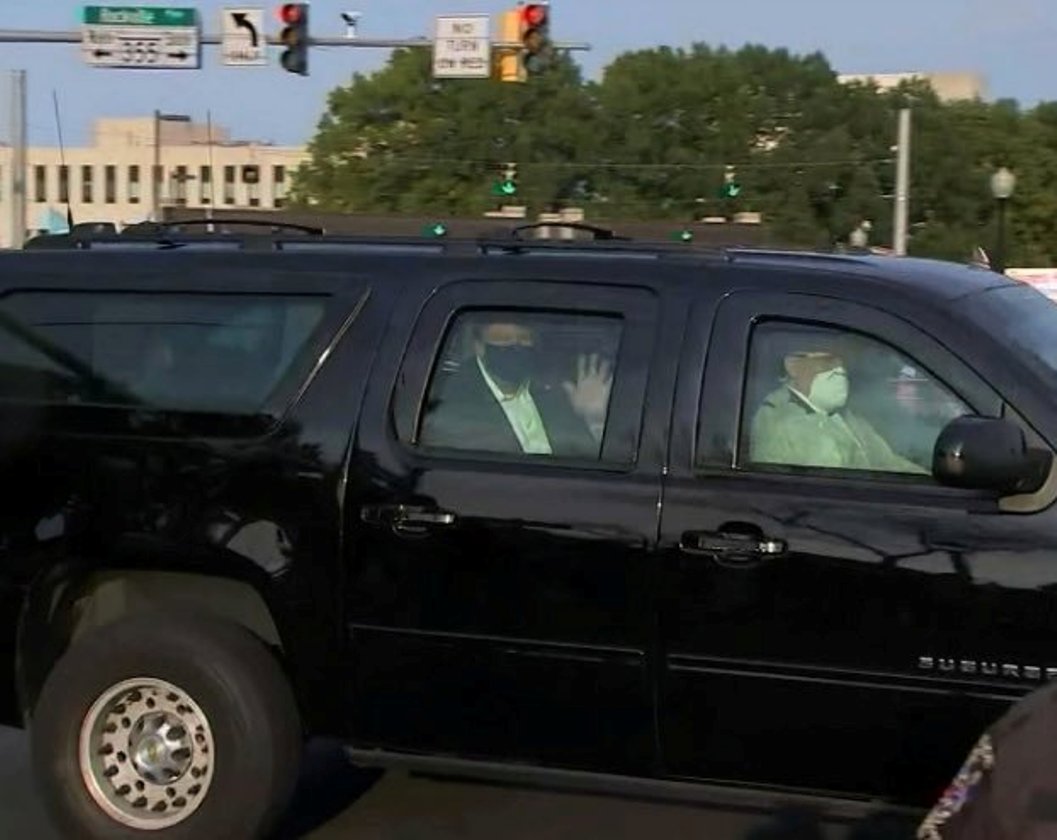 United States President Donald Trump has come under massive criticism by the medical community in particular, after he broke all protocol and visited his supporters outside the hospital where he is currently being treated for COVID-19.

A masked Trump left the Walter Reed military medical centre briefly to ride in his bulletproof vehicle and wave at supporters gathered outside the hospital. The outing came minutes after the president had announced "a surprise" for fans.

However, experts have criticised the president for breaking his own government’s public health guidelines that require infected persons to isolate while in treatment and for endangering his Secret Service protection.

White House spokesman Judd Deere responded to the criticism saying that precautions had been taken to protect Trump and his support staff.

"The movement was cleared by the medical team as safe to do," he said.

The president was flown to Walter Reed hospital with high fever on Friday after developing symptoms very quickly and with a rapid decline in oxygen levels, according to  a press briefing on Sunday by Trump physician Sean Conley.