Not intended to disrespect anyone: Siddharth on Saina tweet

South India actor Siddharth who has drawn flak for his controversial tweet about Indian badminton player Saina Nehwal, stated that he intended no insult. 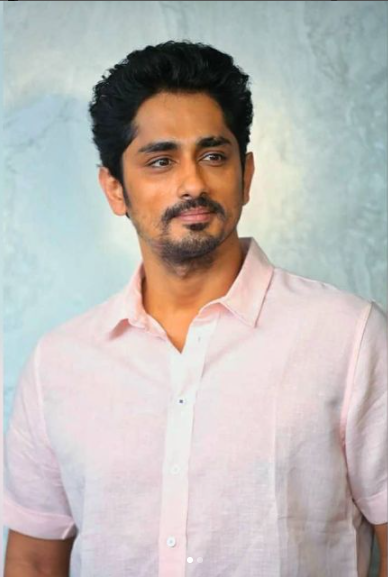 His 'subtle cock champion of the world' post on the micro blogging site attracted criticisms from netizens who called him out for “outraging a women's modesty”.

Later, actor Siddharth issued a clarification stating that he did not mean to disrespect anyone and his tweet contained no kind of insinuation. Taking to his Twitter handle, the 'Rang De Basanti' actor wrote, "COCK & BULL" That's the reference. Reading otherwise is unfair and leading! Nothing disrespectful was intended, said or insinuated. Period."

No nation can claim itself to be safe if the security of its own PM gets compromised. I condemn, in the strongest words possible, the cowardly attack on PM Modi by anarchists.#BharatStandsWithModi #PMModi

For the unversed, on January 5, Nehwal had tweeted her concern over the incident in which Prime Minister Narendra Modi's convoy being stopped for 15-20 minutes on a flyover in Punjab's Bathinda as the road was blocked by protesting farmers.

"No nation can claim itself to be safe if the security of its own PM gets compromised. I condemn, in the strongest words possible, the cowardly attack on PM Modi by anarchists," Nehwal had tweeted.

Retweeting her post, Siddharth wrote, "Subtle cock champion of the world...Thank God we have protectors of India. Shame on you #Rihanna."

Taking suo motu cognizance of the matter, NCW Chairperson Rekha Sharma has written to the Director General of Police Maharashtra to immediately investigate the matter and register FIR under relevant provisions of the law.

The NCW Chairperson has also written to the Resident Grievance Officer of Twitter India to "immediately block" the actor's account and take "appropriate action" against the actor " for posting offensive remarks" on Saina's post, which it said has "outraged her modesty" and "insulted her right to live with dignity".