The United Kingdom’s first female Sikh MP Preet Kaur Gill has drawn criticism over a tweet that condemned the alleged sacrilege incidents at the Golden Temple and Kapurthala village as well as lynching of the alleged culprit. However, the post was later deleted. 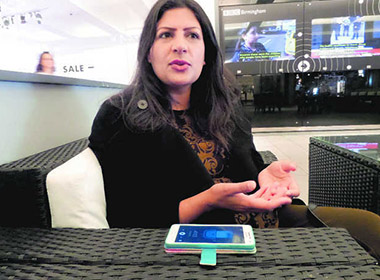 In her tweet, she had featured the incident as "Hindu terrorist prevented from an act of violence at Sikh Holy Shrine of Harmandir Sahib, against Sikh".

The Indian high commission said in a statement, "it is constrained to unequivocally repudiate the public comment by a Member of the British Parliament regarding a crime that occurred in India even before the Indian law enforcement authority could investigate or comment or declare their finding.”

An unidentified man was beaten to death at the Golden Temple in Amritsar on Saturday evening after he allegedly attempted to desecrate the Guru Granth Sahib. Another person was killed on Sunday morning by a mob at a village gurdwara in Kapurthala for suspected theft and attempted sacrilege.

Later, Gill tweeted: “Beadbi incidents are unacceptable but the lynching of another person is also unacceptable and no one should take matters into their own hands. We need a full enquiry (sic) into these matters."

A Special Investigation Team (SIT) under Deputy Commissioner of Police (DCP) Law and Order had been set up to probe into the incident.