Modi, Shah, Rahul join to pay tribute to Ambedkar on his birth anniversary 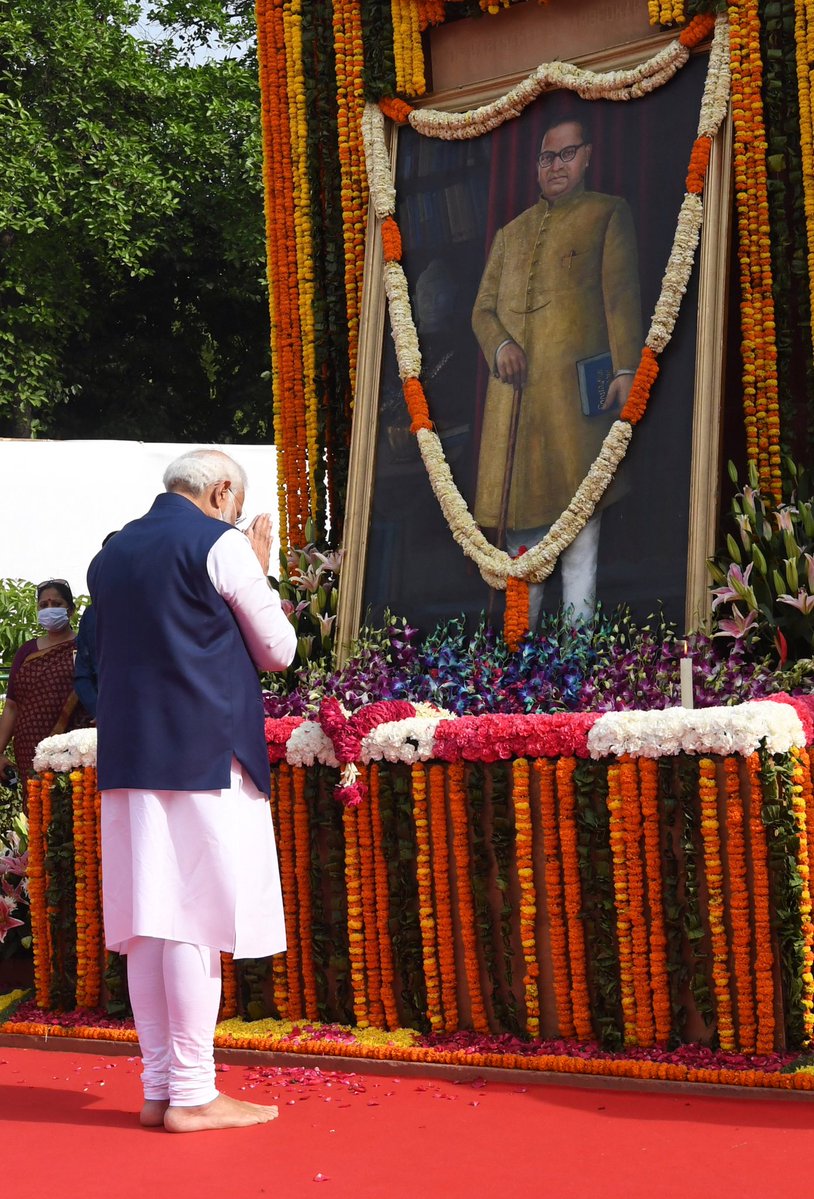 In a tweet shared yesterday, PM Modi said that the Centre’s schemes were implemented keeping in mind Dr Ambedkar’s ideals of uplifting the downtrodden, the Indian Express reported.

“Babasaheb’s thoughts for the welfare of downtrodden, oppressed, marginalised and exploited have been an inspiration for our government,” the prime minister tweeted.

“This is the reason that all our schemes have been implemented keeping in mind the poorest of the poor and we have set many parameters in the direction of social justice.”

“Babasaheb’s thoughts and his dedication towards the welfare and upliftment of the deprived section of the society will always be the center of inspiration of the nation,” Union Home Minister Amit Shah tweeted, adding that the Modi government has spent the last eight years building the “India of Ambedkar’s dreams”.

Congress leader Rahul Gandhi said Ambedkar gave India its strongest pillar of strength — the Constitution. A central architect of the Indian Constitution, Ambedkar is widely regarded as an icon and a vociferous advocate for the upliftment of the disadvantaged sections of society.

On its official Twitter handle, the Congress said Babasaheb Ambedkar remains a champion of equality, human rights and social justice.

Born on April 14, 1891, Dr Ambedkar campaigned against the Indian caste system. He converted to Buddhism and is credited with sparking a wave of conversions that saw tens of thousands of people from the lower castes follow his footsteps.