Indians across Europe turned out for protests against the recent riots in New Delhi with several Indian diaspora groups in London calling for the "United Kingdom government to immediately issue a strong condemnation of the Narendra Modi government for sponsoring the anti-Muslim riots in Delhi". 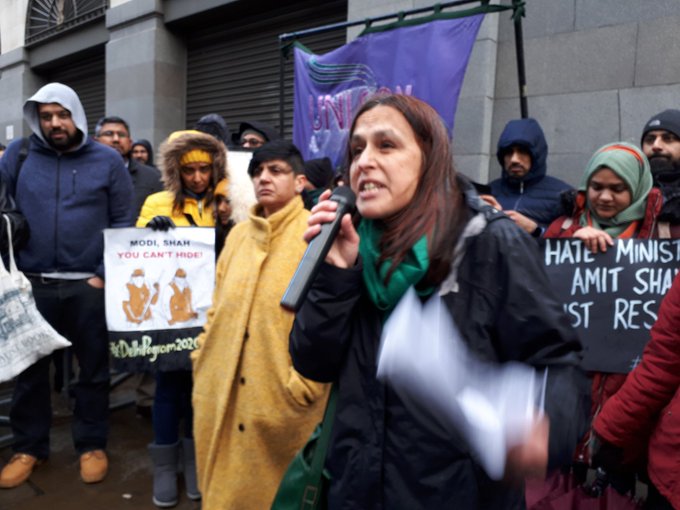 Protests were held in London and across 17 other cities across Europe. Photo courtesy: Twitter/@SAsiaSolidarity

The protest was held by different groups outside the Indian High Commission in London who made the following demands:

"As members of the Indian and South Asian diaspora in the UK, we stand with the survivors of the Delhi riots and the courageous anti-CAA movement. We condemn the close relationship between the Boris Johnson government and Narendra Modi's genocidal BJP government. This alliance of far-right regimes has been deepened by the appointment of British-Indian Modi supporters including Priti Patel and Rishi Sunak to key cabinet positions," Nirmala Rajasingam, South Asia Solidarity Group, said in a statement.

Similar protests were held across 17 other cities across Europe such as Paris, Berlin, Geneva, Glasgow, Krakow, Helsinki, Stockholm, Dublin, Berlin and Brussels.