In 2002, Kalaa Utsavam – Indian Festival of Arts kicked off Esplanade’s calendar of regular cultural festivals and programmes which have grown from strength to strength. From November 19-28 at Esplanade – Theatres on the Bay, the festival will offer a series of live performances, with audiences back at the centre this year.

Despite pandemic travel restrictions, Kalaa Utsavam continues its tradition of inviting artistic teams from all over the world with renowned lyricist Javed Akhtar and acclaimed singer Shankar Mahadevan collaborating in a digital commission.

For the first time, the lineup includes specially curated short films by international and Singapore filmmakers.

Tickets for the events are available through the Esplanade website on the event pages. 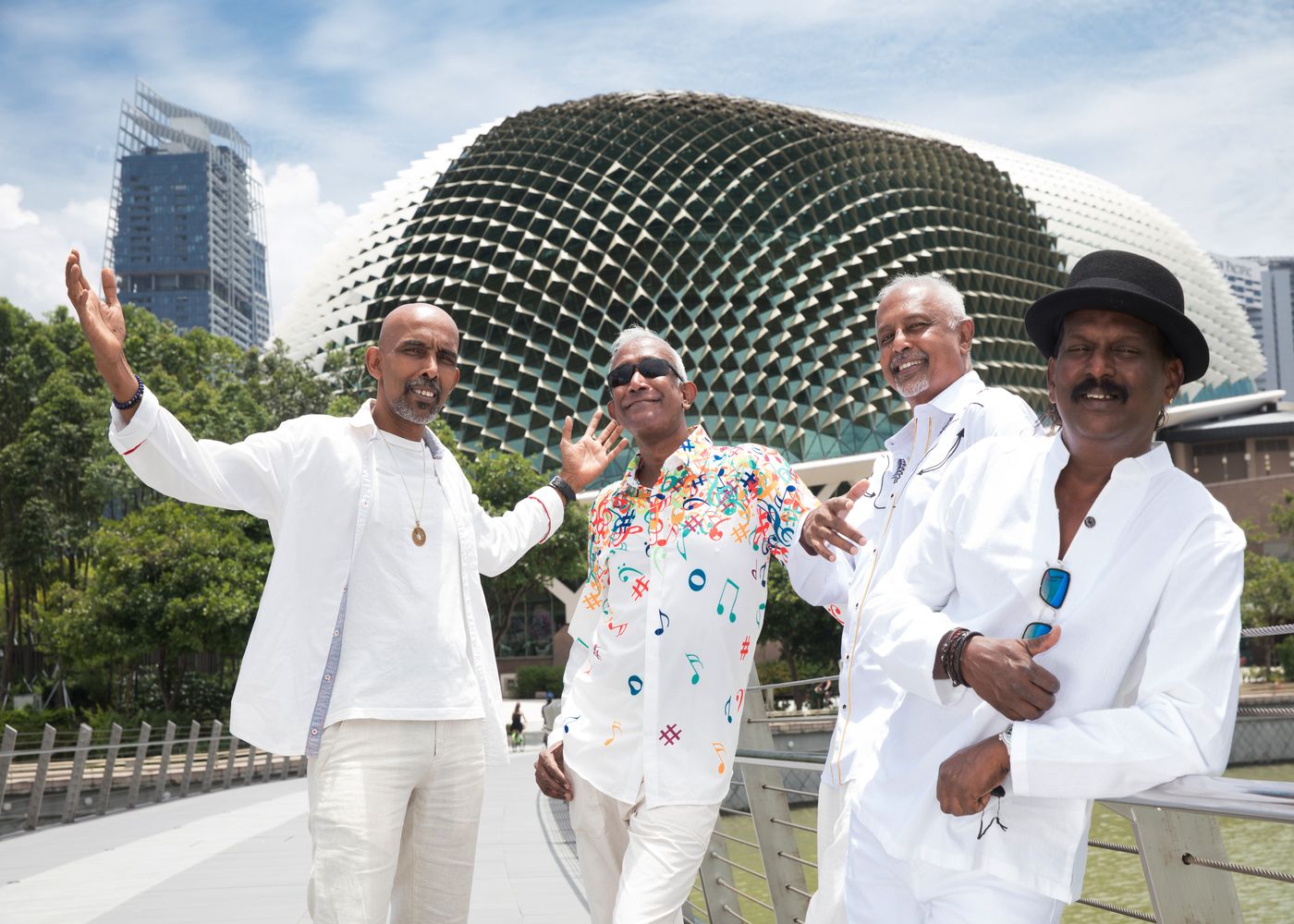 Mohamed Raffee will be on lead vocals and guitar, accompanied by The Vasantham Boys comprising Mohamad Bashir on piano and keyboards, Mohamed Noor on drums and percussion, and Daniel Sitranen on bass guitar. Photo courtesy: Esplanade – Theatres on the Bay

Commemorating the half-century long music career, join veteran artist Mohamed Raffee and his band The Vasantham Boys in this landmark performance at the Esplanade Theatre. One of Singapore’s most recognisable music figures, Mohamed Raffee gained prominence for his distinct World music sound. This concert will feature the music from hit albums such as ‘Breakthro’ and ‘Karupayee’, followed by the official album launch and first official performance of his latest album, ‘The New Horizon’ (2021).

Mohamed Raffee will be on lead vocals and guitar, accompanied by The Vasantham Boys comprising Mohamad Bashir on piano and keyboards, Mohamed Noor on drums and percussion, and Daniel Sitranen on bass guitar.

Sahir Ludhianvi, known as a colossus among film lyricists, is considered by many as one of the foremost Urdu poets of the twentieth century. In commemoration of his birth centenary in 2021, walk down memory lane with Javed Akhtar as he renders Ludhianvi’s poetry in his own unique and admirable style, sharing memories of his friendship with the poet and celebrating his life and work. Shankar Mahadevan puts his words to music, lending his voice to his famous poems and songs.

In a career spanning around 30 years, Sahir Ludhianvi wrote 718 songs for 111 films. His work deeply impacted Indian cinema and thus he was awarded the Padma Shri in 1971.

In a unique performance that brings two genres at the extreme ends of a spectrum together, Rudra ascends the stage with three critically acclaimed classical musicians, Aditi Gopinathan (vocals), Raghavendran Rajasekaran (flute) and Viknash Balakirshnan (mridangam). The band will play a repertoire of songs from eight albums spanning 29 years, showcasing Vedic philosophy through the depiction of a man’s journey from birth to enlightenment. Get ready for a meeting of heavy metal, Indian classical music and ancient Indian philosophy.

The Temple of Fine Arts (TFA) hopes to celebrate the role of nature in our daily lives through the presentation of a musical orchestra ensemble enhanced by visual projection. As an artistic expression exploring the beauty and significance of Mother Earth, this musical production is an ode to the planet that sustains us, a reminder to cherish and preserve her gift to humankind.

The incorporation of selected Chinese and Malay instruments into the existing Indian ensemble of instruments symbolises the coming together of various races as a harmonious united front to spread positivity and solidarity in these unprecedented times.

The Singapore Indian Orchestra and Choir (SIOC) will bring Athma Ghanam – Music for the soul to the stage, an evening of music in all its forms rendered through a myriad of rhythm, melodies and harmonies. The SIOC marks its 36th year with this diverse showcase of musical pieces. Compositions from all over the world, ranging from Indian classical ragas to contemporary world music, are presented alongside a melodious choir as well as captivating visual elements.

Athma Ghanam is a contribution from the SIOC to connect, move and inspire everyone during these challenging times. 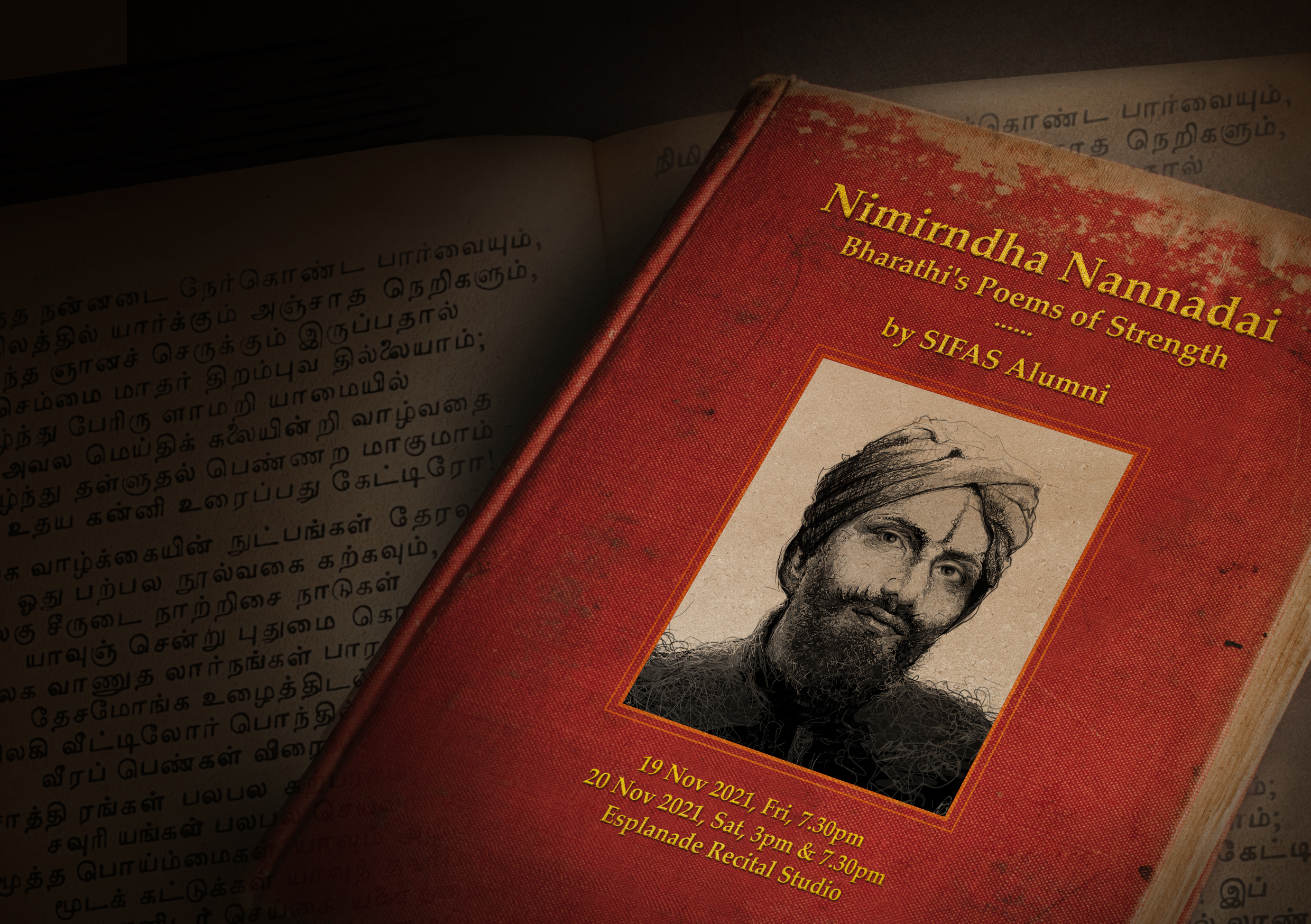 For this concert, selected poems of Bharathi's have been set to music composed by Dr Rajkumar Bharathi. Photo courtesy: Esplanade – Theatres on the Bay

Nimirndha Nannadai is the Singapore Indian Fine Arts Society (SIFAS) Alumni's musical tribute to the indomitable spirit that blazed in the heart of the great Tamil poet, Mahakavi Subramania Bharathi on the occasion of his death centenary.

For this concert, selected poems of Bharathi's have been set to music composed by Dr Rajkumar Bharathi, great-grandson of the poet, and will be presented by an ensemble featuring both Indian classical vocals and instruments and Western instruments. The concert will also feature immersive projection, adding a visual dimension to the experience.

Catch the exciting adventures of superhero Bheema from the famous epic, the Mahabharata. Come meet the warrior prince and find out how he gained the power of 1,000 elephants and fought the evil demon Bakasura, among other legendary tales. The performance is in English and aimed at introducing kids to Indian traditional culture and folklore.

The 'Silappathikaram' by Ilango Adigal is one of the first Indian epic narratives written in Tamil. The story revolves around the lives of Kovalan, a rich businessman, his wife Kannagi and the courtesan, Madhavi, set against the backdrop of the detailed cultural and geographical depiction of the Tamil land nearly 200 years ago.

Bharathaa Arts will present an adaptation of this text from Madhavi’s perspective. The story of her life is related as a flashback through a conversation with her daughter, Manimegalai, who lives in a Buddhist monastery with her. This dance-drama will bring alive traditional folk dances practiced in those times and show the rich cultural heritage of the Tamil people of the Sangam Chola period. 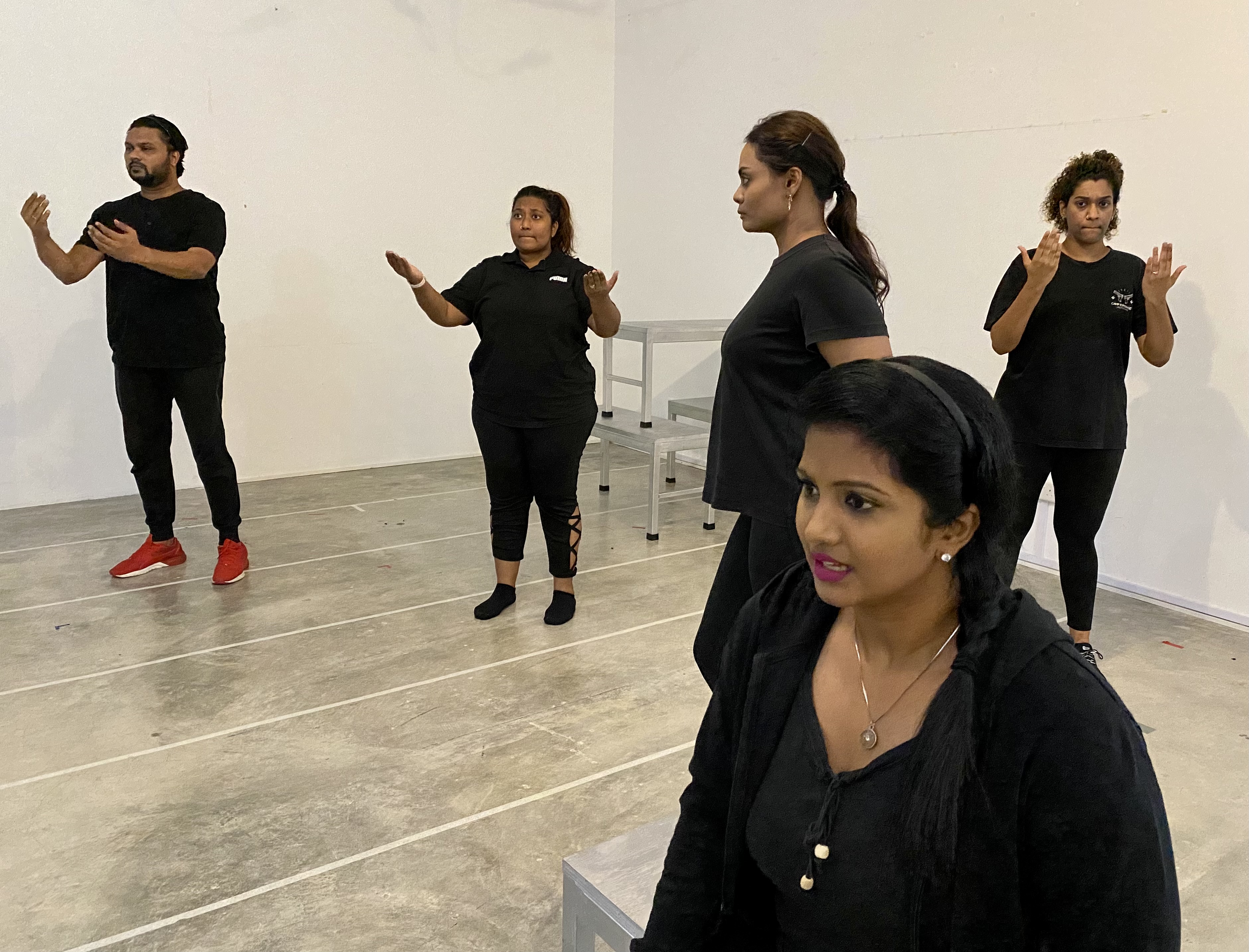 These Brief Encounters by Chowk Productions

These Brief Encounters is a contemporary dance performance created in response to The Plague by Albert Camus, exploring how a novel published in 1947 captures the spirit of a world irrevocably changed by the COVID-19 pandemic.

Choreographed by Raka Maitra, it is the first collaboration between Chowk Productions and Siong Leng Musical Association.

Aikyam – The Oneness by Brahmastra

Join award-winning Indo-ASEAN contemporary ensemble Brahmastra as they present the world premiere of their new album, Aikyam – The Oneness.

Alongside these new tracks, Brahmastra will also be performing music from past releases include Desire, Inner Urge and Kadhalin Kaatre.

Amit Dhamelia and his band bring you Sufi music, a musical form that explores deep spiritual questions through poignant poetry and lilting melodies.

Kalaa Utsavam has included film screenings in its ensemble for the first time, with various movies and short films from Singaporean and international filmmakers on the agenda.

For the Love of a Man – Rajnikanth Documentary by Rinku Kalsy 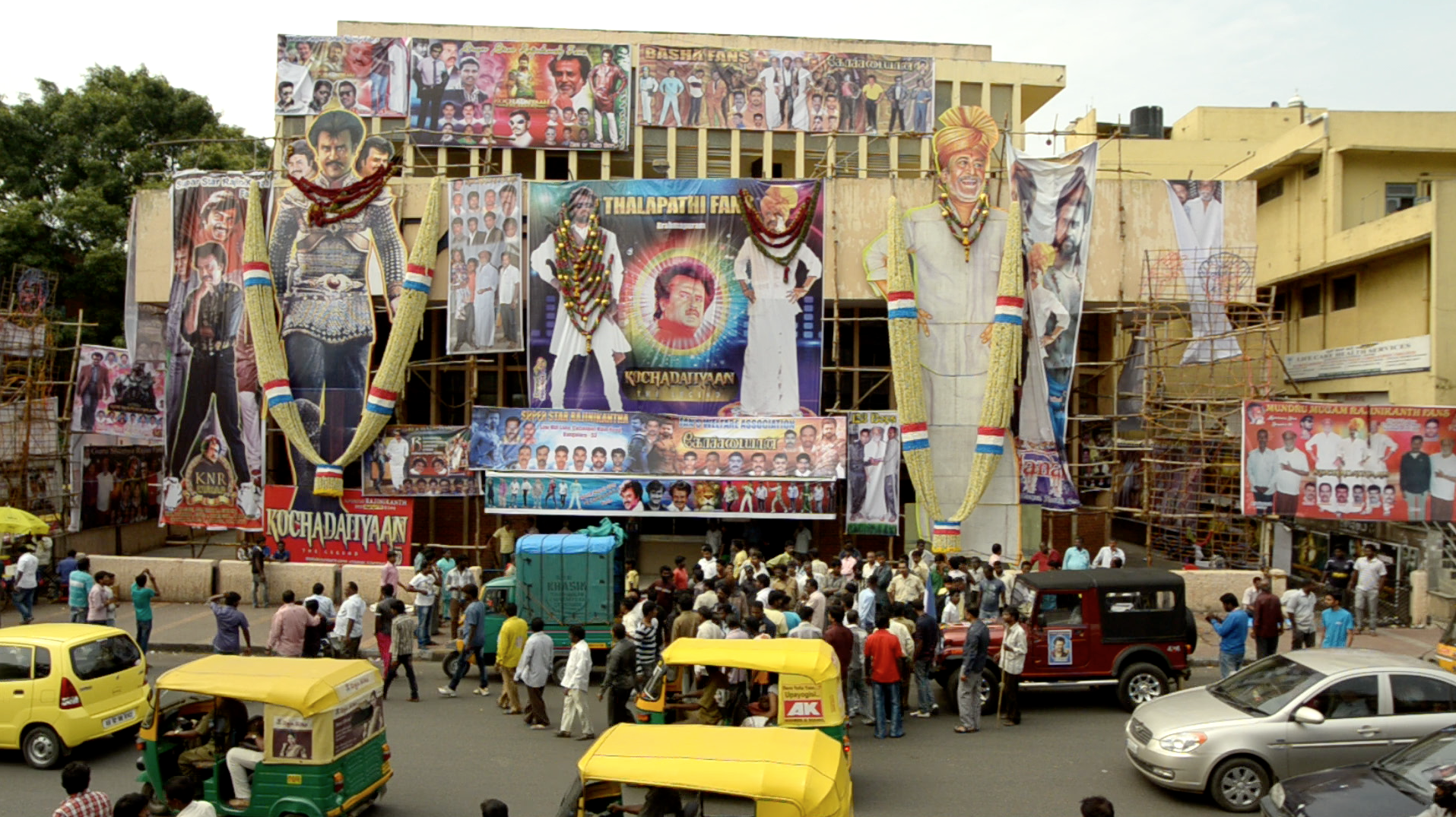 Fans offer stories that range from the heroic to the horrific—all in a day's work in turning a film star into a deity. Photo courtesy: Esplanade – Theatres on the Bay

For the Love of a Man follows the fans of superstar Rajnikanth, whose fandom often becomes integral to their identities and those of people around them. From bankruptcies to reformations from lives of crime, fans offer stories that range from the heroic to the horrific—all in a day's work in turning a film star into a deity. Screened in Tamil with English subtitles. 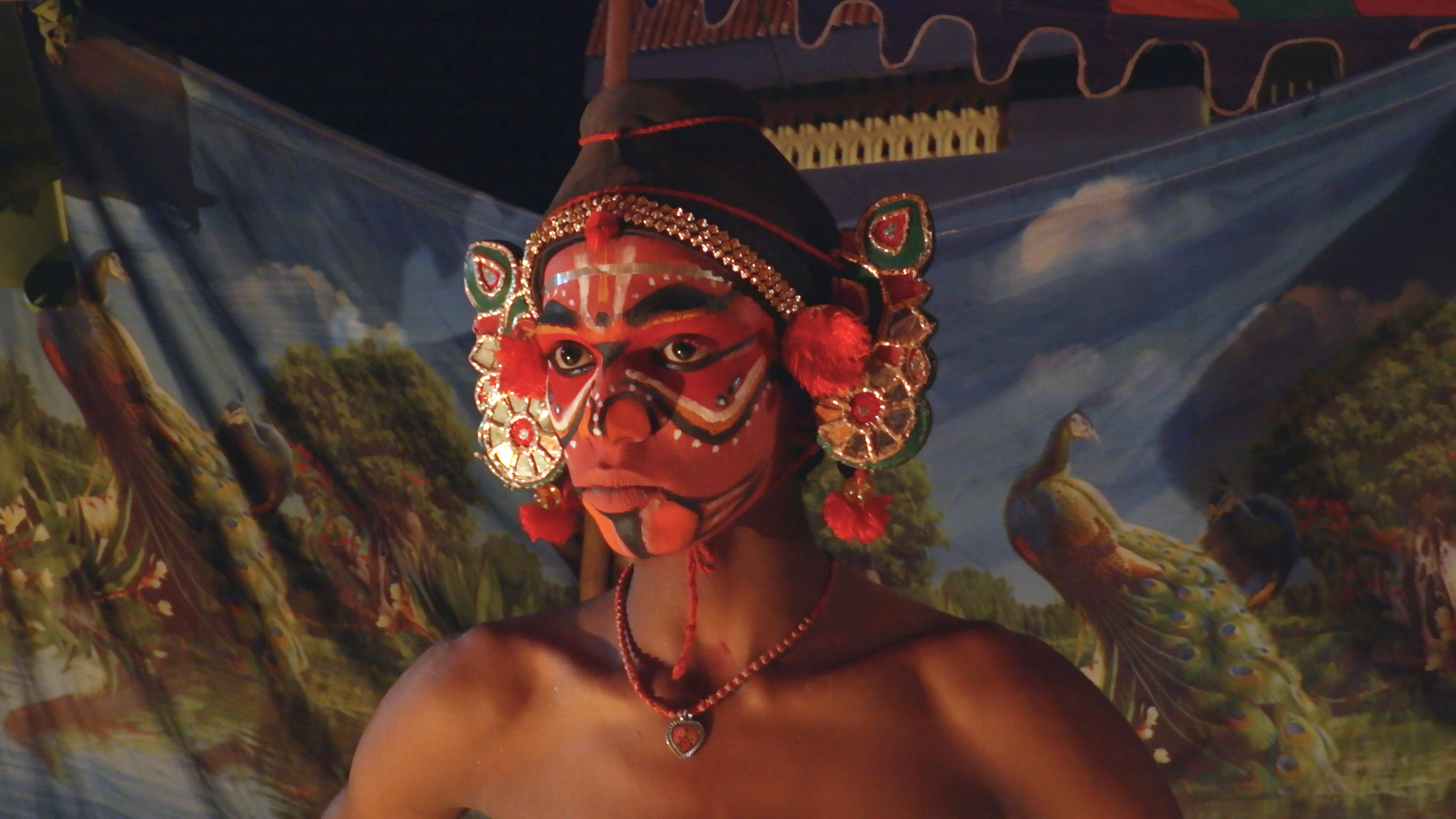 Koothu brings to life stories about gods, demigods, kings and demons from the Indian epics. Photo courtesy: Esplanade – Theatres on the Bay

In many villages in Tamil Nadu, a theatre tradition continues to link people with the past. Closely connected with religion and caste rituals, Koothu brings to life stories about gods, demigods, kings and demons from the Indian epics. Through the work of two Koothu masters, P Rajagopal and Sambandan Thambiran, the film delves into questions of representation and patronage of the art form while presenting its art and aesthetics. Screened in Tamil with English subtitles.

This evocative film explores the history, form, style and aesthetics of Assam’s mobile theatre. It takes a look at the various kinds of plays staged by the mobile theatre, the issues the community deals with and how the genre has transformed from presenting mythological and folk stories to contemporary themes with social and political implications. Screened in Assamese with English subtitles.

Out of Thin Air by Shabani Hassanwalia and Samreen Farooqi 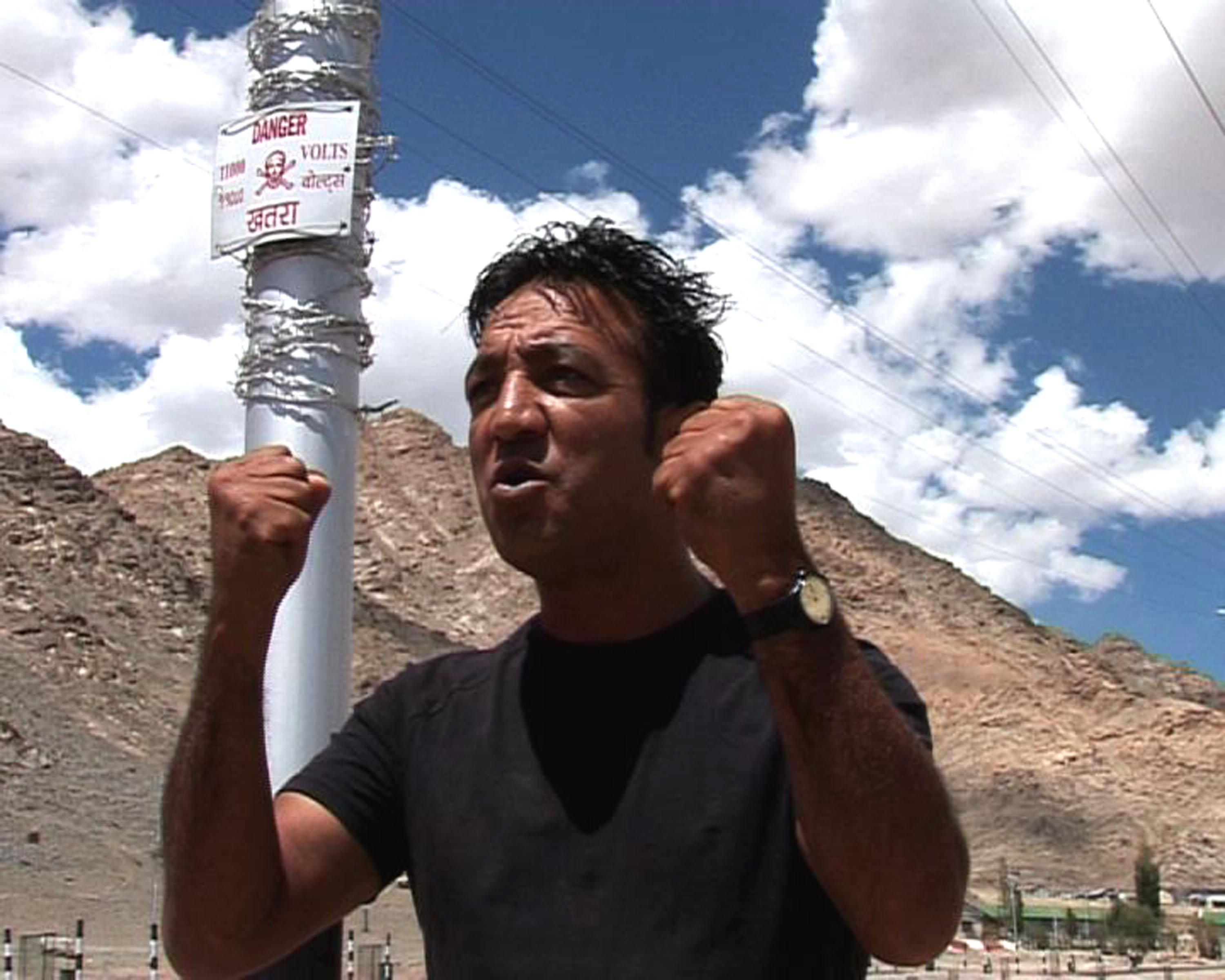 Follow the subterranean film movement that has taken root in Ladakh. Photo courtesy: Esplanade – Theatres on the Bay

Out of Thin Air is the story of one of the most surreal and hostile landscapes in the world— Ladakh. Follow the subterranean film movement that has taken root in the region over the past six years, becoming the voice of the people. Screened in Hindi with English subtitles and English. 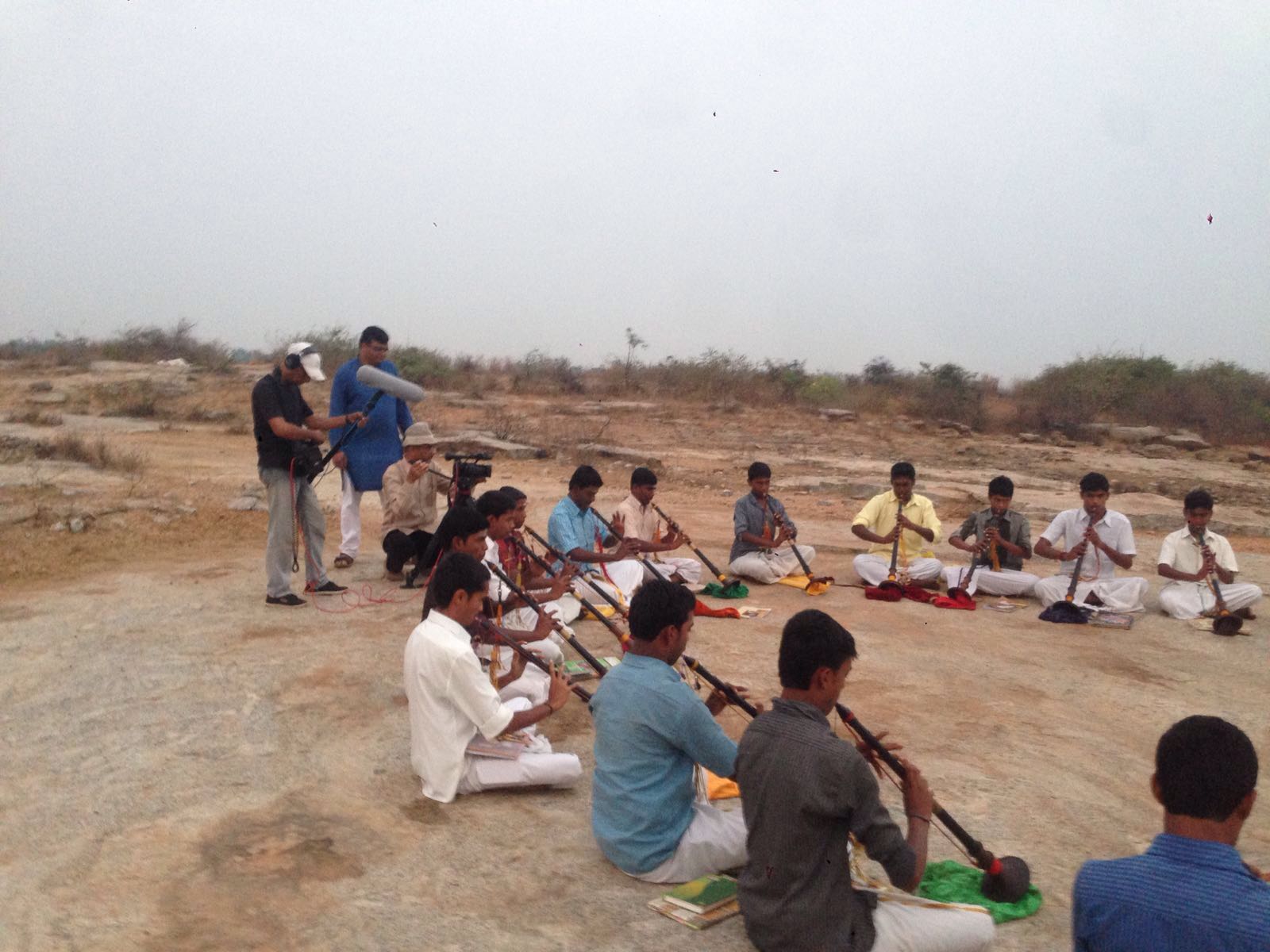 The film deftly combines stories of the instrument along with those of its performers. Photo courtesy: Esplanade – Theatres on the Bay

Casting Music seeks to explore the musical tradition of the Savita Samaj, a community whose contributions to the musical legacy of the nadaswaram has remained untold. The film deftly combines stories of the instrument along with those of its performers, their negotiations and struggles as a community of musicians and barbers, and their intertwined lives beyond the musical world. Screened in Kannada and Telugu with English subtitles.

The online playlist of short films by local filmmakers includes the following films:

Nodigal Sivanthaal – Vaergalaada (Dance of the Roots) by SITFE
Inspired by one of Ma Ilangkannan’s Tamil short stories Murungaimaram (Drum Stick Tree), Vaergalaada (Dance of the Roots) is a Tamil short film about migrant worker brothers, Vellaiyan and Karuppanan, whose individual personalities and decisions push one of them to the point of no return.

Smell of Coffee by Nishok
Raga accompanies his grieving grandmother in the wake of his grandfather’s passing. A faint yet familiar smell piques his curiosity, leading him on a journey of self-discovery in the fading apartment.

Dark Light by Vikneshwaran Silva
Mari, a construction worker from India, visits a red-light district seeking Mei, a sex worker from China. After facing rejection, he is distracted by a large crowd surrounding a gambling table and loses all his money. Feeling the pressure of having to send money back home to feed his family in India, he does the unthinkable to salvage the situation.

Silk by Don Aravind
A dutiful son struggles to reunite his fractured family as they deal with his ailing father’s condition. However, the shocking discovery of a family secret threatens to undermine his efforts.