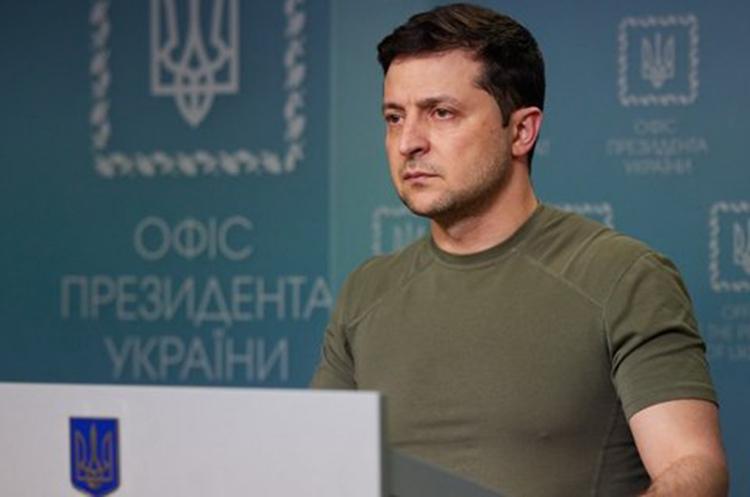 Zelenskyy has renewed calls for the NATO to impose a "no-fly zone" over the country. Photo courtesy: Twitter/@InnaSovsun

Ukrainian officials have raised hopes the war could end sooner than expected, possibly by May, saying Moscow may be coming to terms with its failure to impose a new government by force and running out of fresh troops.

"The meetings continue, and, I am informed, the positions during the negotiations already sound more realistic. But time is still needed for the decisions to be in the interests of Ukraine," Zelenskyy said in a video address on Wednesday, ahead of the next round of talks.

In a hint of a possible compromise, Zelenskyy said earlier Ukraine was prepared to accept security guarantees from the West that stop short of its long-term goal of joining NATO. Moscow sees any future Ukraine membership of the Western alliance as a threat and has demanded guarantees it will never join.

Zelenskyy has renewed calls for the NATO to impose a "no-fly zone" over the country. However, neither the NATO nor United States President Joe Biden have agreed to the demand, arguing it will place them in a direct conflict with Russia.

Meanwhile Moscow’s forces stepped up their bombardment of Kyiv, and an estimated 20,000 civilians fled the encircled port city of Mariupol by way of a humanitarian corridor.

Russian troops seized a hospital in Mariupol and took about 500 people hostage, during another assault on the city late Tuesday, regional leader Pavlo Kyrylenko said.