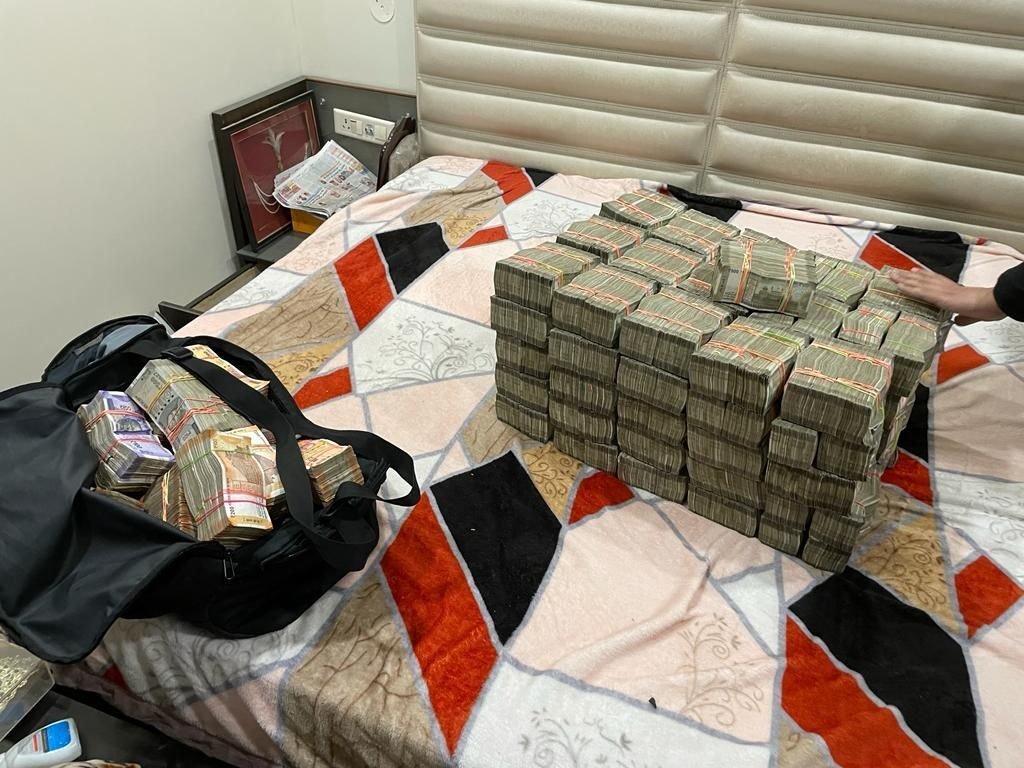 Last month, at premises belonging to Honey, the ED had seized INR 8 crore during a raid made in connection with illegal sand-mining operations in Punjab. Photo courtesy: Twitter/@ANI

They said Honey was arrested under the provisions of the Prevention of Money Laundering Act (PMLA) late last night.

The arrest comes just days ahead of polling for the 117-member Punjab legislative assembly. Voting will be held on February 20, while the results will be out on March 10.

After the arrest, Punjab Chief Minister said that he has no objections with the law doing its work.

Last month, at premises belonging to Honey, the ED had seized INR 8 crore during a raid made in connection with illegal sand-mining operations in Punjab.

In a statement, the Enforcement Directorate had said "incriminating" documents related to the "illegal" sand mining and property transactions, mobile phones, gold worth more than INR 21 lakh, and a Rolex watch worth INR 12 lakh were also seized during the searches.

Reacting to the raids, Channi had told reporters that relatives of West Bengal Chief Minister Mamata Banerjee were raided during the assembly polls in that state and the "same pattern" is being followed by the ED in Punjab to "pressure" him, his ministers and Congress party members.

"We are ready to handle the pressure...," he said, adding, he had no links with the case.

The case is based on a 2018 FIR at the Shaheed Bhagat Singh (SBS) Nagar police station that pressed charges under the Indian Penal Code and Mines and Minerals (Regulation of Development) Act, 1957.

In this police FIR, the ED said, it was mentioned that a team of officials from the mining department, civil administration and police made a “surprise check” at the Malikpur mining site on March 7, 2018, on the basis of a complaint received at Rahon, SBS Nagar police station, regarding illegal sand mining.

Subsequently, the mining operation at Malikpur was stopped.