Speaking before a group of Non-Resident Indians (NRIs) in Jalandhar, Punjab Chief Minister Amarinder Singh assured them that he would initiate the process of setting up special courts to expeditiously settle the cases of declared proclaimed offenders who fled the state during the Khalistan militancy. 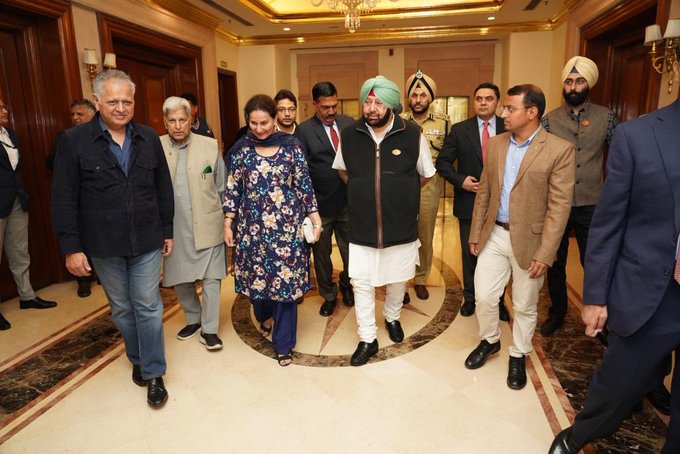 Amarinder said he would take up the issue with the chief justice of the Punjab and Haryana High Court as well as the Central government to discuss the feasibility of setting up special courts in some overseas Indian missions like those in the UK, Canada, Germany, France and the USA to hear these cases.

His assurance was in response to a request from the NRIs, currently in Punjab for the 550th birth anniversary celebrations of Guru Nanak Dev, the first Sikh Guru.

The NRIs received commemorative books on the life and philosophy of the Sikhism founder on the occasion along with a coin and a memento each, an official statement said on Tuesday.

During the event, some NRIs expressed their concerns that many Sikhs living abroad were unable to return to Punjab and pay obeisance at the Golden Temple and other holy sites as they were declared proclaimed offenders on account of their inability to appear before courts in certain cases.

The Punjab CM also urged the diaspora to join his government's efforts in leading the state into a new era of development.

Referring to his government's flagship programme 'Connect With Your Roots', Amarinder called for Indians abroad to encourage more youngsters to visit Punjab and connect with their ancestral heritage.