ZEE5 Global will be releasing three of their productions on the last day of another pandemic-ridden year, today, ‘Waah Zindagi’, ‘Turtle’, and ‘Murder at Teesri Manzil 302’.

Archana Anand, Chief Business Officer, ZEE5 Global said, “2021 has been a very key year for us with the launch of ZEE5 in the U.S. as the biggest market yet. So what better way could there be to close out this year than with the launch of not one but three films on 31st Dec, bringing together some of the finest talent and intriguing storylines.”

‘Murder at Teesri Manzil 302’ is high on suspense and is directed by Navneet Baj Saini. Starring late actor Irrfan Khan and Ranvir Shorey in lead roles. One of the finest actors of his generation, Irrfan Khan passed away last year at the young age of 54 to cancer.

Still from Murder at Teesri Manzil 302, premieres on ZEE5 Global.

‘Waah Zindagi’ and ‘Turtle’ are directed by Dinesh S Yadav.

‘Waah Zindagi’ revolves around a fickle boy determined to redeem his past. A quirky and unconventional love story, the film is a journey of a destitute farmer's son struggling to become an entrepreneur to win his childhood sweetheart. His dreams crashing with the dumping of Chinese products in India, and his fightback riding on the - Make In India - initiative. The film features Naveen Kasturia, Plabita Borthakur, Vijay Raaz, Sanjay Mishra, Dharmesh Vyas, Manoj Joshi, and Lalit Sharma in key roles.

‘Turtle’ is inspired by the real story of Ramkaran Choudhary (Bagod) from Village Dehlod, Rajasthan. The movie won critical acclaim at various film festivals. ‘Turtle’ also received the National Film Award for Best Rajasthani Film at the 66th National Film Awards. The film features Sanjay Mishra as the central character and highlights the issue of the World Water Crisis. This film is a metaphorical depiction of the turtle, wherein a drought struck village of Rajasthan, Sanjay Mishra (as Ramkaran Choudhary), is churning the parched, sun-baked earth, to extract water and the common folk indulged in a tug of war, rotating on his shell, desperate to quench their thirst. 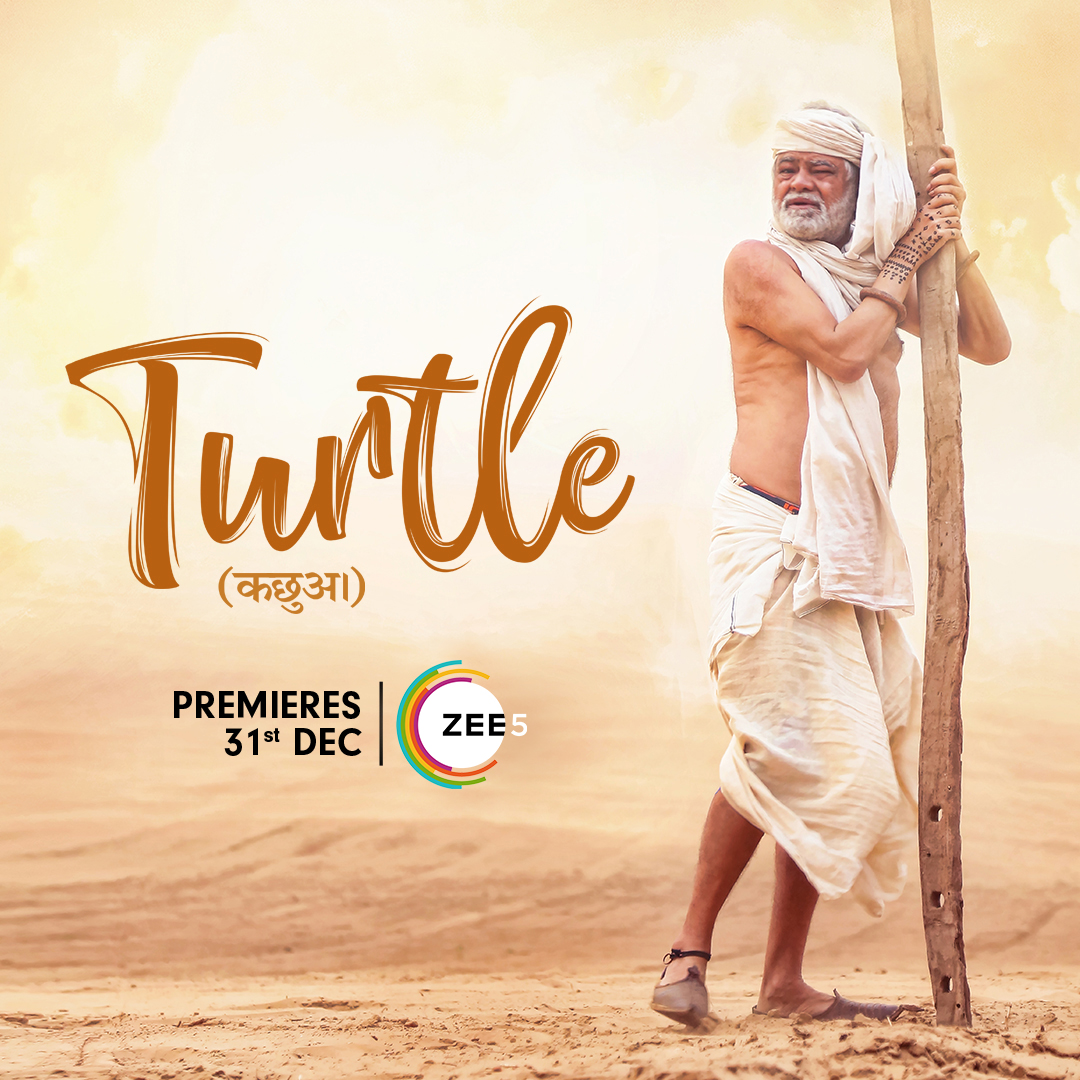 Sanjay Mishra shared, “I am delighted that two of my special films 'Turtle' and 'Waah Zindagi' will be premiering on ZEE5. The entire team has put in a lot of hard work, and it couldn’t have released at a better time than New Year's eve for the viewers. I am hopeful that people will take away something after watching these films and that they love the way we have presented them."