Golden Indians of the Desert Kingdom: 5 living legends of the Emirates

To those who say America is the Land of Opportunities we can show the United Arab Emirates and its Indian-born success stories. Arriving penniless or to do simple jobs on the shores of UAE, many Indians have crafted success through hard work, determination and enterprise in the desert sands of the Emirates. We take a look at the lives of five of the biggest living legends of Dubai and its neighbourhood who have been ambassadors of the Indian spirit. Pioneers in fields as varied as banking, electronics, textiles and technology, what unites them is their achievement in the Gulf.

Dr. Ram Buxani: "You don’t have to be great to start.  But you have to start to be great."

Dr. Ram Buxani was only five years old when his family left Pakistan after the Partition of India. The Buxani family first stayed on a railway platform at Ahmedabad, and then spent a few days at a village in Gujarat and eventually moved to Chennai to join an aunt of his. After spending some tough days in the then Madras, the family settled in Baroda, but it was in Dubai that Buxani carved out a future, arriving as a penniless man in the city before it had an airport, roads, electricity or oil. Moving with the times, he climbed up the success ladder to become Chairman of the ITL Group. His group has since expanded into consumer electronics, textiles, banking, IT and hospitality. 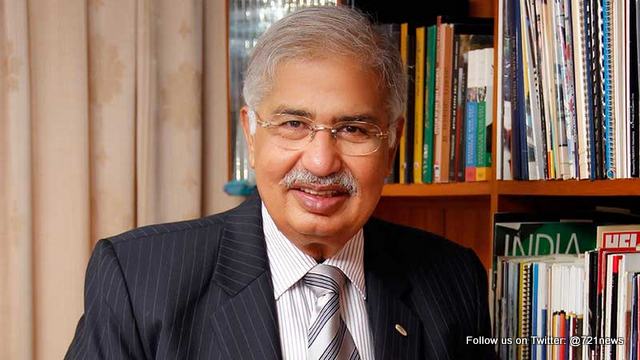 The veteran is also known for his contribution to the Indian community in the UAE. He was former Chairman of India Club in Dubai and presently a board member of Al Noor Training Centre for Children with Special Needs.

Talking exclusively to Connected to India about the message being given to younger generation for achieving success in life, Dr Ram Buxani, said, “My advice to the young generation stems from my own experiences. I have learnt that life is not a part-time affair; it is a 24x7 commitment – a pledge to oneself, where one is focused on excelling oneself, and in bringing positivity to one’s family, friends and community. It is important to remain vigilant at all times – to be open to opportunities and beware of temptations.”

He further added “I have a golden rule: You don’t have to be great to start. But have to start to be great. Once the first step is made, pursue hard and with diligence. Do not be afraid to fail; it hardens you and teaches you valuable lessons. As you march in life, you will learn that the world can only be a source of comfort not of happiness. Happiness lies within yourself, and discovering that is the key to a contented life.”

Dr. B R Shetty has donned many hats. He is the CEO of health provider NMC ( New Medical Centre ) group and also the head of money transfer firm UAE Exchange. Armed with a degree in clinical pharmacy and only a few dollars in his pocket, Dr. Shetty left the shores of his motherland for the United Arab Emirates in 1972. 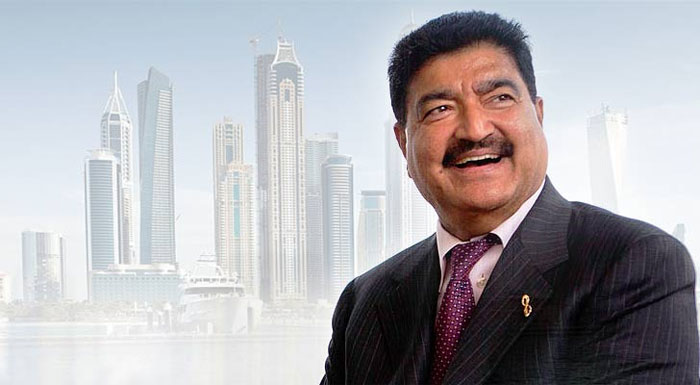 Fired by entrepreneurial spirit, he set up the New Medical Centre only a year into employment. His initiative, dynamism, and hard work are instrumental in the growth of this small clinic into the healthcare conglomerate it is today. The state of the art NMC Specialty Hospital, Abu Dhabi, with its network of branches in Dubai and Sharjah and National Hospital & New National Medical Centre in Abu Dhabi stand tall among its peers in the region and treat over a million patients a year.

Dr Shetty is also credited with the setting up of UAE Exchange Centre providing remittance facility to a big chunk of the expatriate population that sends money back home. With over 250 offices and 115 correspondent bankers worldwide, outward remittances from the centre amount to nearly US $ 8 million per day. UAE Exchange is one of the largest financial institutions in the Middle East. Dr. Shetty also takes an active interest in cricket and was recently appointed president of the Abu Dhabi Cricket Council by a special decree of the Royal Family.

As Managing Director of the LuLu Group, Yusuff Ali M.A. ranks today among the top business personalities of UAE. Headquartered in Abu Dhabi, UAE's capital, the group is best known in the Gulf for its chain of popular shopping malls and hypermarkets that several segments of multi-ethnic residents in the region. 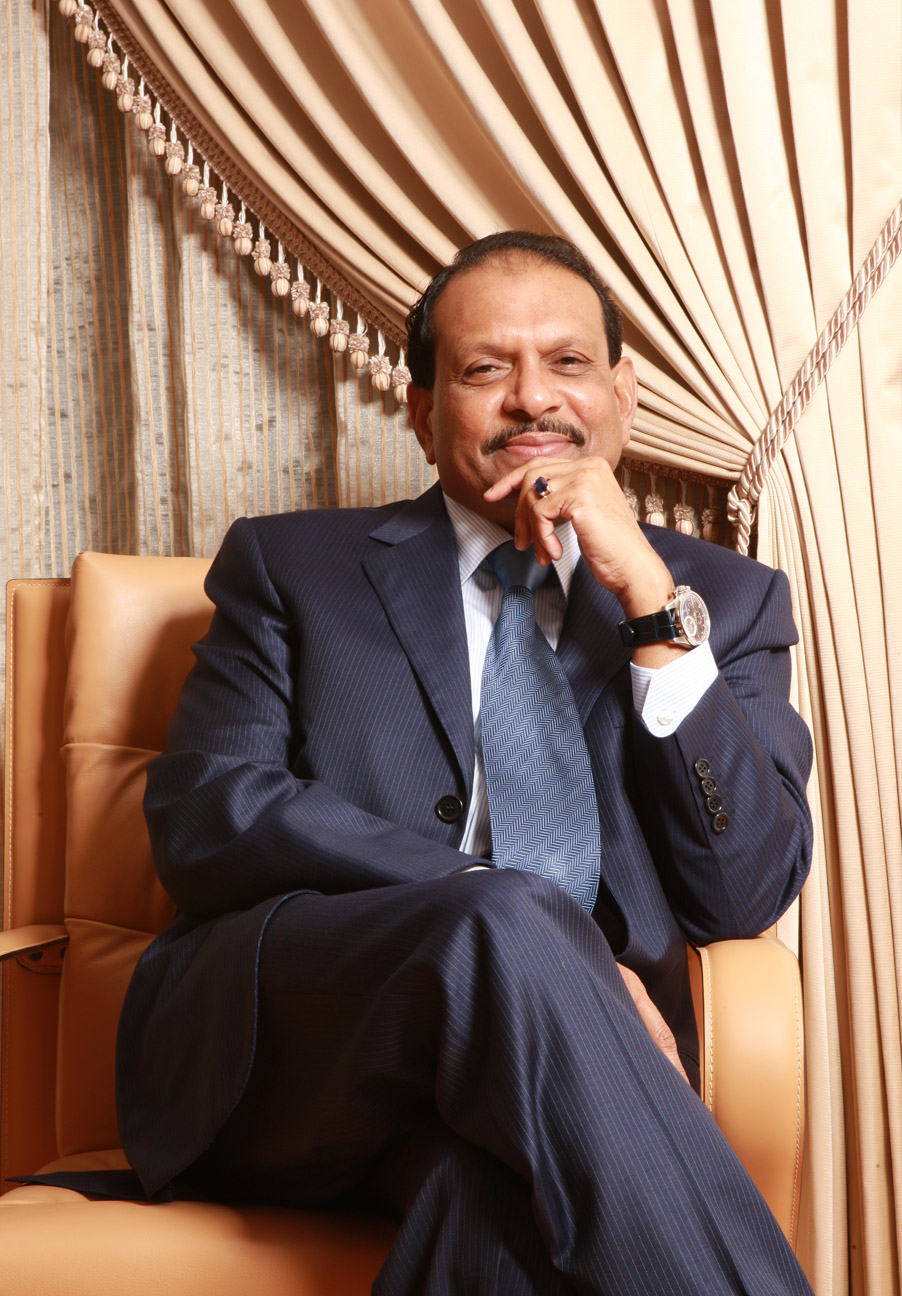 The group currently employs over 30,000 people from 29 different nations and operates over 100 Lulu retail outlets across most of the Middle East and parts of Asia and Africa. The group now reports an annual turnover of $5.1 billion globally.

In recognition of his contribution to the Emirate, Ali became the first expatriate to get elected to the board of the Abu Dhabi Chamber of Commerce & Industries (ADCCI) in 2005. He has also been honoured with the Padma Sri and Pravasi Bharatiya Award, the highest honour given to a Non-Resident Indian by the Government of India

Apart from his busy business involvement, he is equally active on the social front and is associated with various organizations.

Varkey is a Dubai-based education entrepreneur and education philanthropist and is the mind behind the world’s largest private schools company. Having founded GEMS Education from a single school in Dubai in 1969, the business now operates across 19 countries with 100 schools teaching 130,000 students. 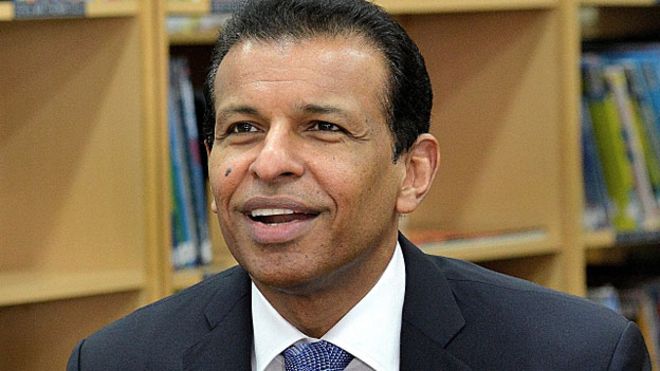 In 1959, two teachers, KS Varkey and his wife Mariama, arrived in Dubai from Kerala. At the time, Dubai was a burgeoning trade centre on the Arabian Gulf.

Their son, Sunny, added a visionary’s ambition to a practitioner's experience. Growing from its simple roots in a family of teachers, GEMS Education is today an international company with schools and education services in 14 countries.

Varkey also founded the Varkey GEMS Foundation in 2010, which boasts former US president Bill Clinton as honorary chairman, and is a UNESCO Goodwill Ambassador.

GEMS schools aim to instill students with universal values, and are geared to form graduates who are global citizens with leadership qualities. GEMS aims to equip children to live in a multicultural environment, and stresses the importance of giving back to society both locally and globally.

Micky Jagtiani, the chairman and founder of Dubai based Landmark Group, was born in Kuwait on India's Independence Day, August 15, in 1952. He completed his schooling in Bombay (now Mumbai) and Brummana High School in Lebanon. After the completion of his higher studies, he went to London accounting school. Later, he dropped out of studies and began his career as a taxi driver and hotel cleaner. He was forced to return to the Gulf and lose his close family members due to illness within a year. 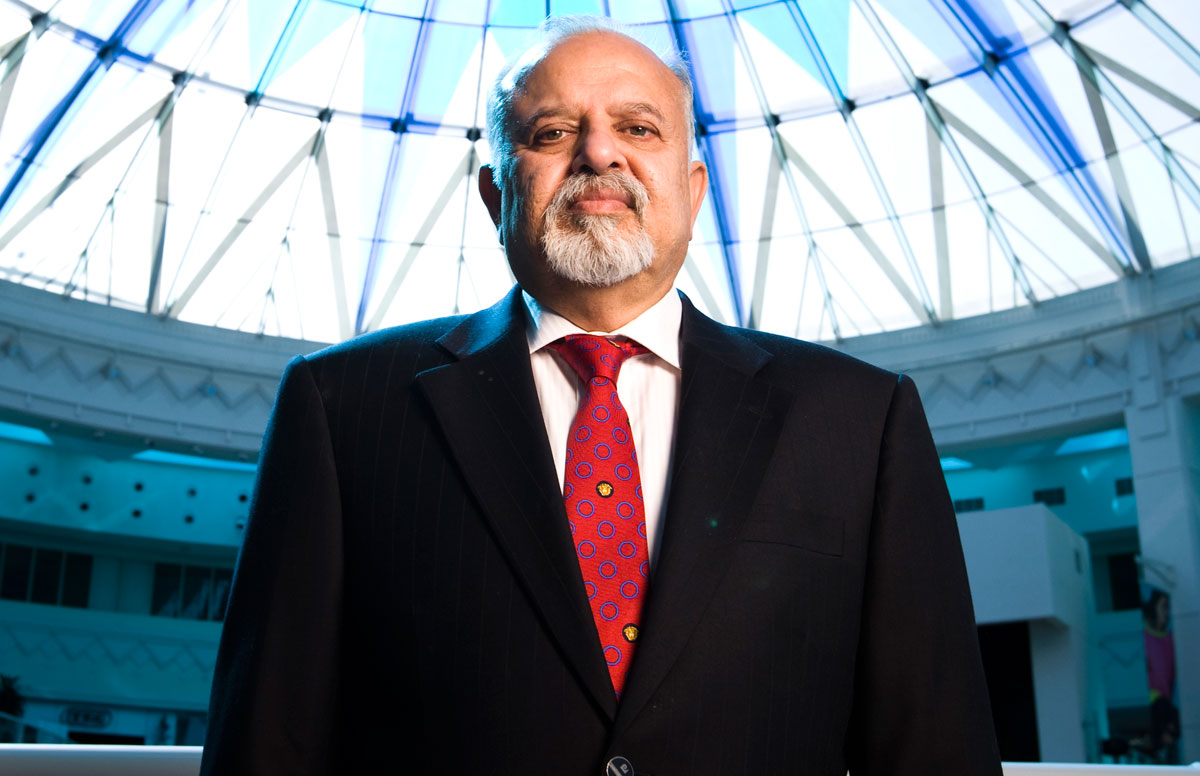 He started the Landmark Group with $6000 left by his family in 1973 in Bahrain. Gradually the retail-led group spanned food, hotels, leisure, own logistics and distribution. Today, it employs 24,000 people and has 840 stores in India, Spain, China, Pakistan and Gulf.

Jagtiani's Landmark International Foundation of Empowerment provides medical facilities to more than 100,000 people all over India and helps underprivileged children by proving schooling and vocational training.