The other Indian-origin people on the list are 26-year-old Divya Nag, who oversees Apple’s ambitious ResearchKit and CareKit programmes that encourage developers to build health-related apps; Rishi Shah, 31; and Shradha Agarwal, 32, who helm more than 10-year-old health-tech firm Outcome Health, and CEO and founder of non-profit Samasource, 31-year-old Leila Janah.

Varadkar, 38, whose father was born in India, has been ranked fifth on the list. Fortune said while Ireland had long defined mass emigration, “yet remarkably, its new prime minister is the son of a Hindu immigrant from Mumbai”.

The former doctor is Ireland’s youngest leader in centuries as well as its first-ever openly gay one, “no small detail in his devoutly Catholic country”. Varadkar, however, dismisses all that as irrelevant.

“Far more crucial is his ability to protect the Celtic Tiger against economic disaster when Britain exits the EU in 2019, and guarding Ireland’s low-tax deals with tech giants. Many are rooting for his success,” Fortune said.

The list has been topped by 39-year-old French President Emmanuel Macron, “France’s youngest leader since Napoleon” who swept the presidential elections in May “obliterating the two-party system that had governed the country for generations”.

Fortune’s 2017 ‘40 Under 40’ list is an annual ranking of the most influential people in business, whom the magazine termed as “disruptors, innovators, rebels and artists” inspiring others.

On Nag, who has been ranked 27th, Fortune said the Stanford dropout founded a stem-cell research startup and began a medical investment accelerator at the age of 23.

Nag now oversees ResearchKit and CareKit programmes and if the company succeeds, it could transform clinical trials from isolated events at hospitals to ongoing studies that capture vital signs from omnipresent sensors, Fortune said.

“I want to put people in charge of their health. It’s not about living with a specific disease or condition. It’s about living. Full stop,” Fortune quoted her as saying.

Shah and Agarwal have been ranked 38th on the list. Their company raised over USD 500 million at a valuation of more than USD 5 billion. Outcome says it has already outfitted more than 40,000 doctors’ offices with touch screens and tablets that could deliver meditation apps, relevant medical information, and advertising to patients, Fortune said.

Janah has been ranked 40th on the list. Fortune said Samasource is on track to pull in USD 15 million in revenue this year by setting up workers in India, Kenya, Uganda, and other underprivileged parts of the world as remote freelancers for the tech sector, an arrangement that boosts their average wages from less than USD 2.50 a day to more than USD 8.

Janah, daughter of Indian immigrants who moved to the US, also founded a skin-care line that employs women in Uganda.

She stresses the importance of work and not charity in fighting global poverty. 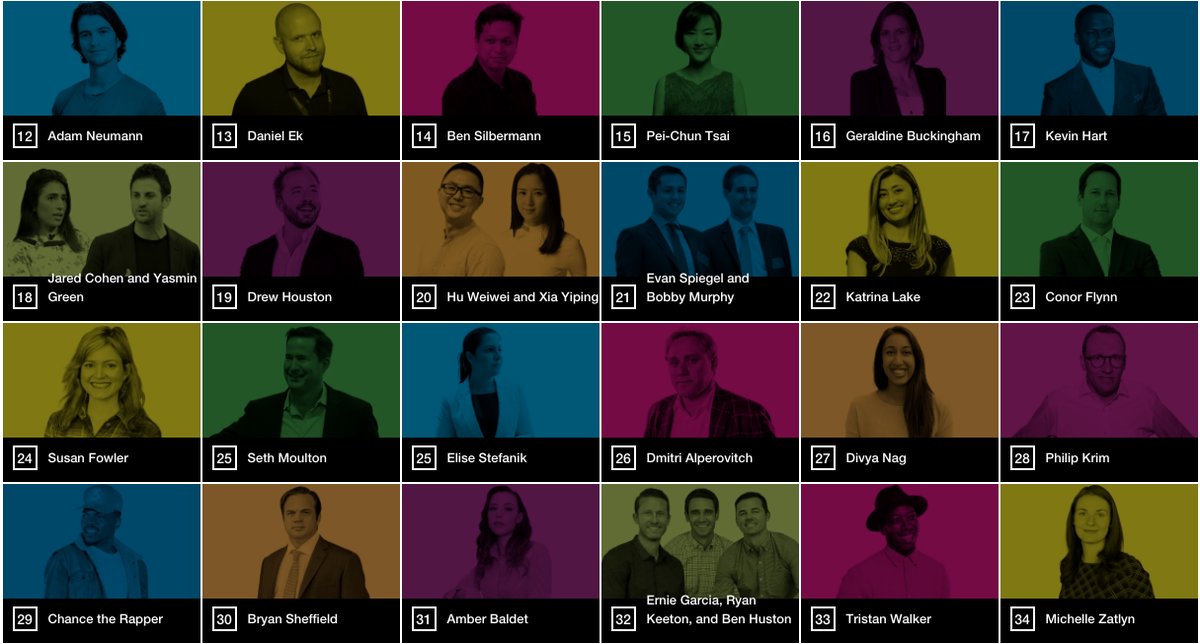