On the occasion of India's 74th Independence Day, Indian flags were unfurled across the world and virtual ceremonies held on account of the COVID-19 pandemic.

Indian Prime Minister Narendra Modi unfurled the National Flag at the ramparts of the Red Fort and paid respects to the Samadhi of Mahatma Gandhi, the Father of the Nation, at Rajghat.

"India has always believed that the entire world is one family. While we focus on economic growth and development, humanity must retain a central role in this process and our journey," Modi said during his I-Day address.

President Ramnath Kovind, in his address to the nation on the eve of Independence Day, lauded the government and medical workers' efforts in "anticipating the tremendous challenge, responding effectively and well in time" to the coronavirus pandemic, which was the main focus of his speech.

Indian celebrities, politicians and sports stars took to social media to share messages of pride and remember historic moments in the country’s fight for independence, while various missions and embassies around the world held ceremonies to mark the historic anniversary. For the first time ever, the tricolour was hoisted at New York's Times Square on the occasion.

Here are some scenes of India's Independence Day celebrations around the globe. 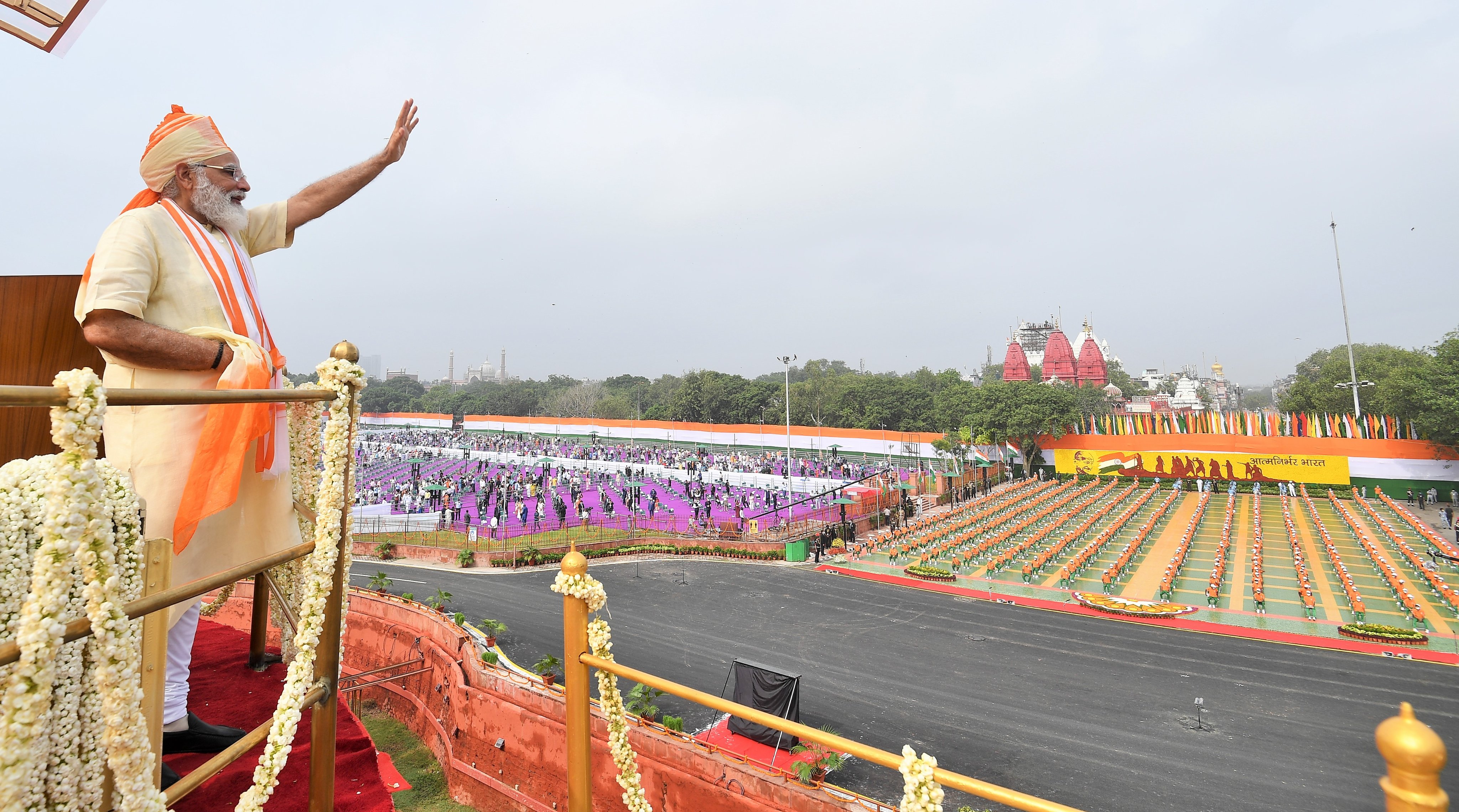 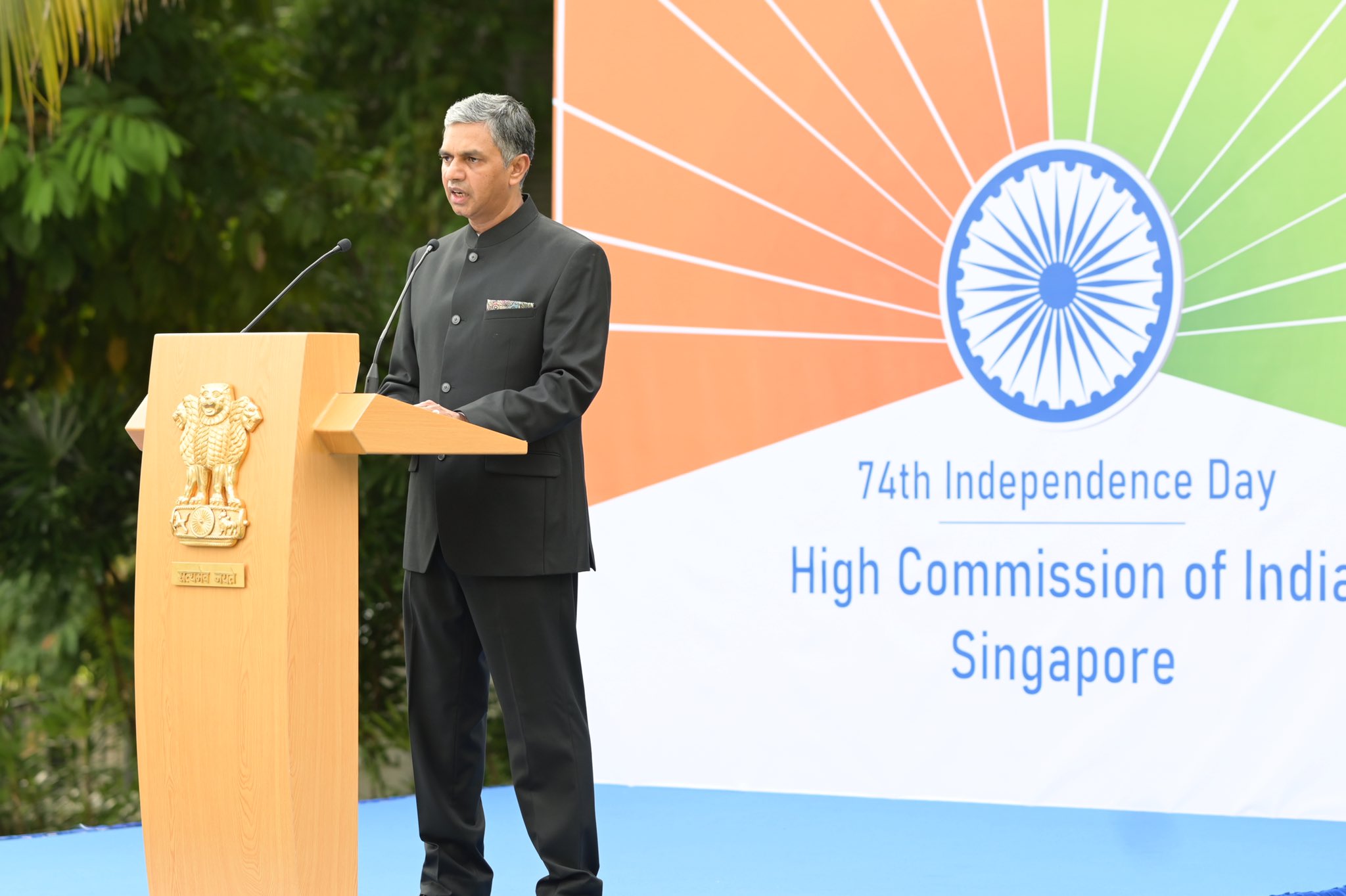 HE P Kumaran, High Commissioner of India to Singapore speaking during the Indiependence Day ceremony in Singapore. Photo courtesy: Twitter/@IndiainSingapor 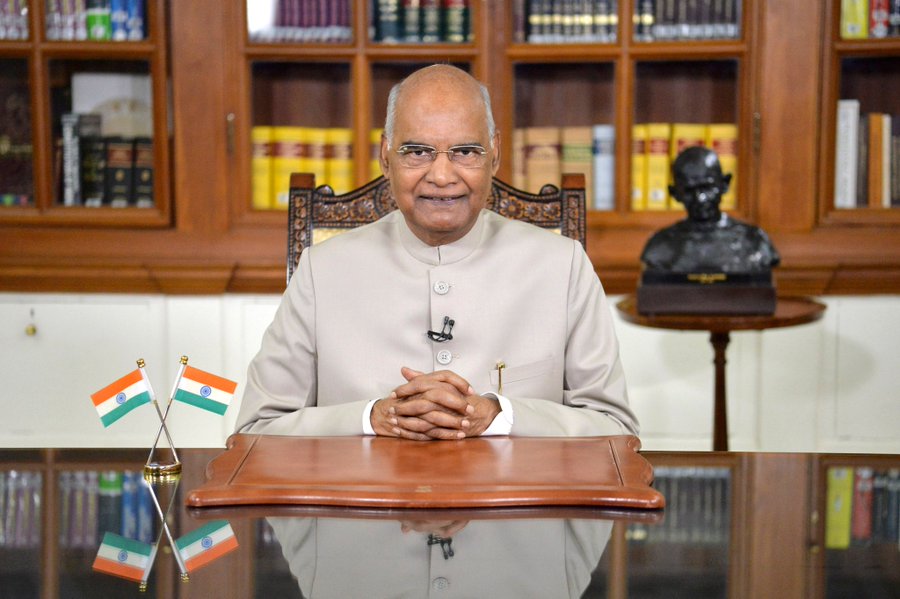 President Ramnath Kovind in his address to the nation on the eve of Independence Day. Photo courtesy: Twitter/@rashtrapatibhvn 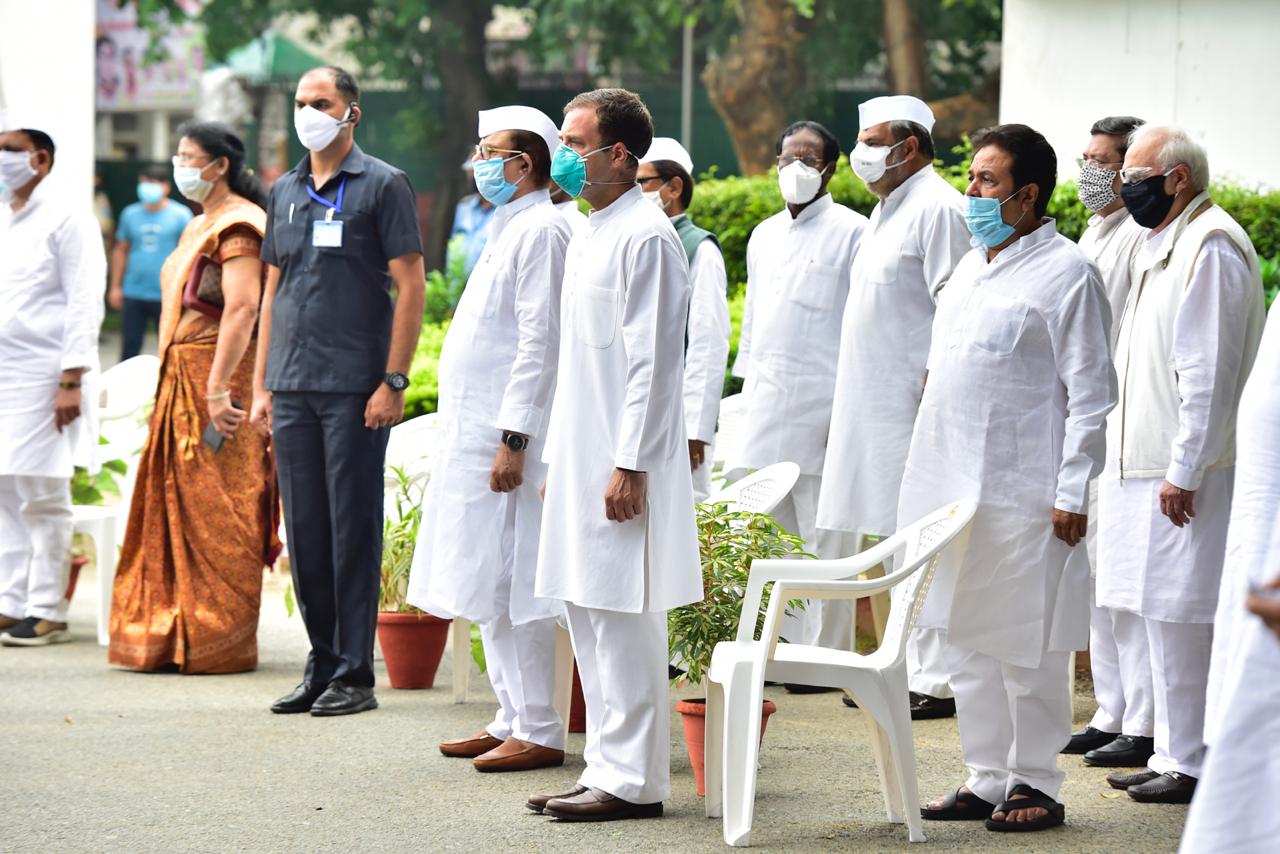 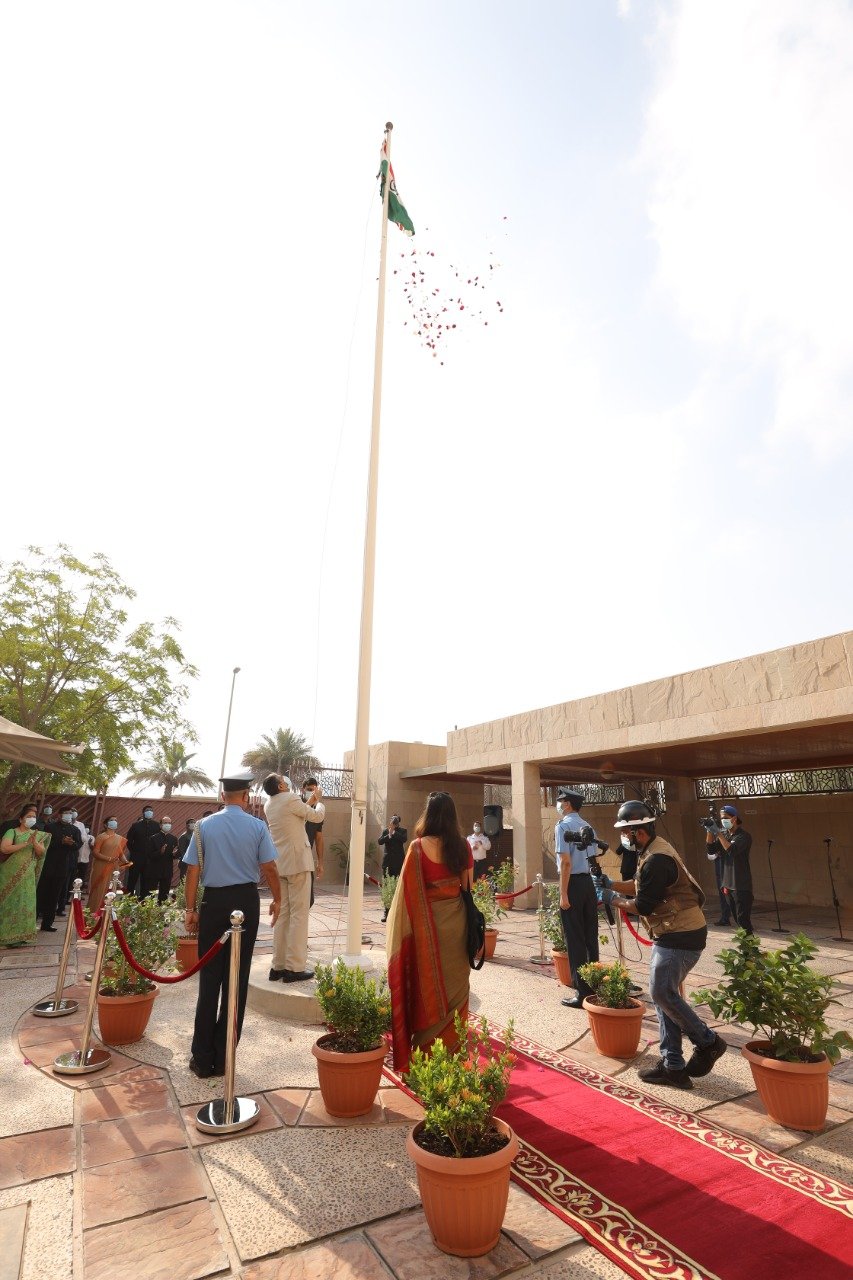 Ambassador Pavan Kapoor unfurled the Tricolour in presence of the officers and staff of the Embassy of India in Abu Dhabi, United Arab Emirates. Photo courtesy: Twitter/@IndiainAbuDhabi 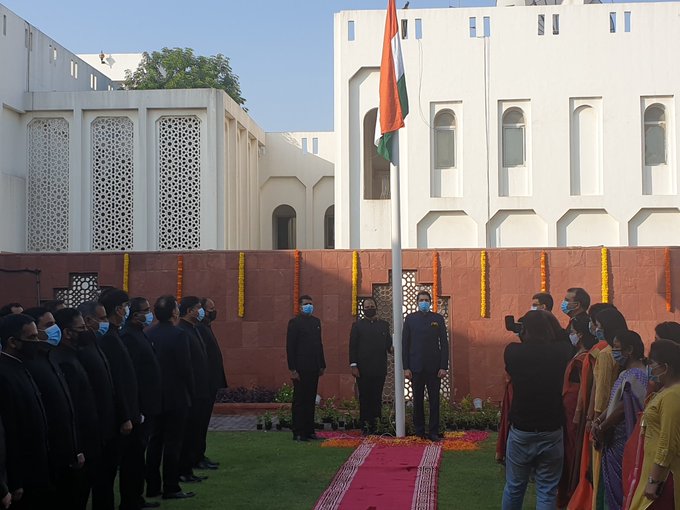 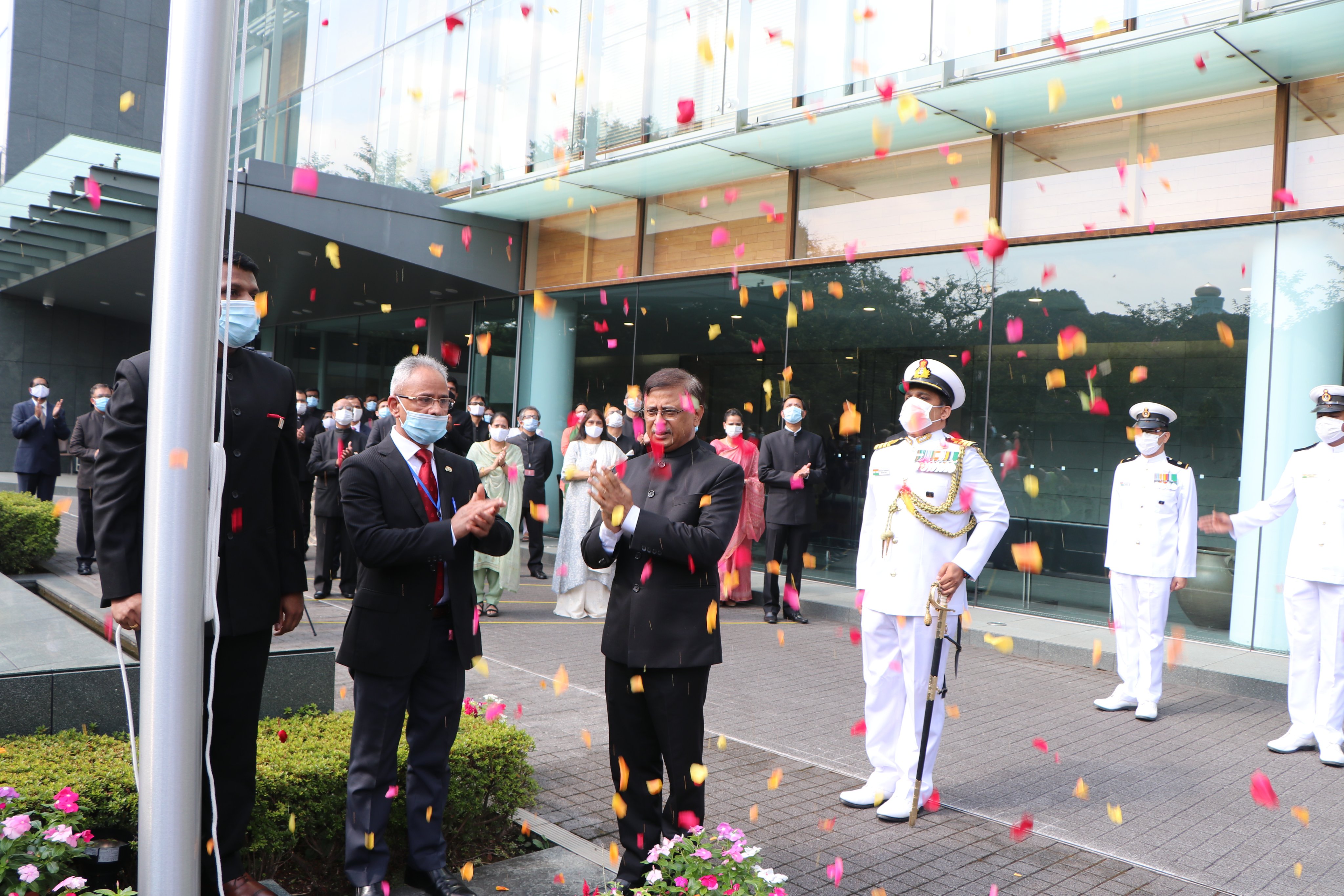 HE Ambassador Sanjay Kumar Verma hoisted the National Flag of India followed by singing of National Anthem at the Embassy in Tokyo. Photo courtesy: Twitter/@IndianEmbTokyo 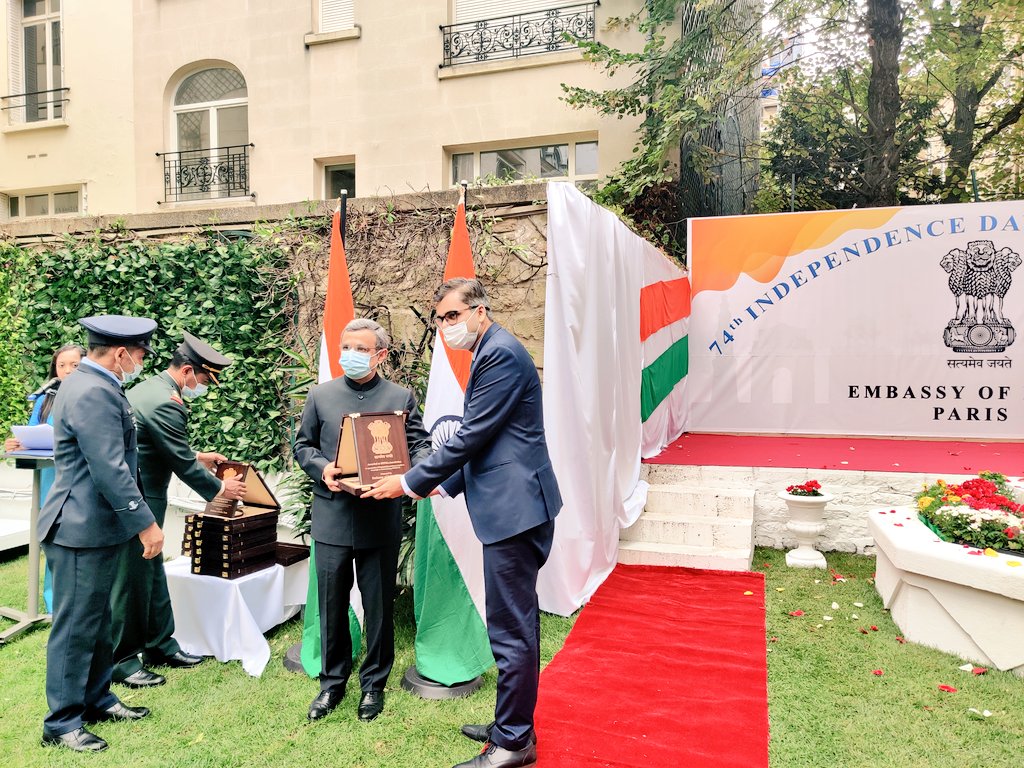 Indian Ambassador to France HE Jawed Ashraf unfurled the national flag and read out President's address for the 74th Independence Day ceremony. He also felicitated members of Indian community for their humanitarian services extended during the time of Covid-19. Photo courtesy: Twitter/@Indian_Embassy

Shown below are some of the social media posts today.

For the first time, the tricolour was hoisted at the #iconic @TimesSquareNYC on Saturday to celebrate India's 74th Independence Day. #Tiranga https://t.co/AxVdwTIAmI pic.twitter.com/p0DVvQ3J8s

Addressing the nation from the Red Fort. https://t.co/uHu73fOF17

Children are the future of India and they're the ones who will drive our nation forward.
Let’s be their 'Everyday Heroes' and create the right environment which keeps them positive. pic.twitter.com/5TON75A8NQ