UAE’s top envoys have said that the bilateral alliance between India and Bangladesh is a role model for the rest of the countries. 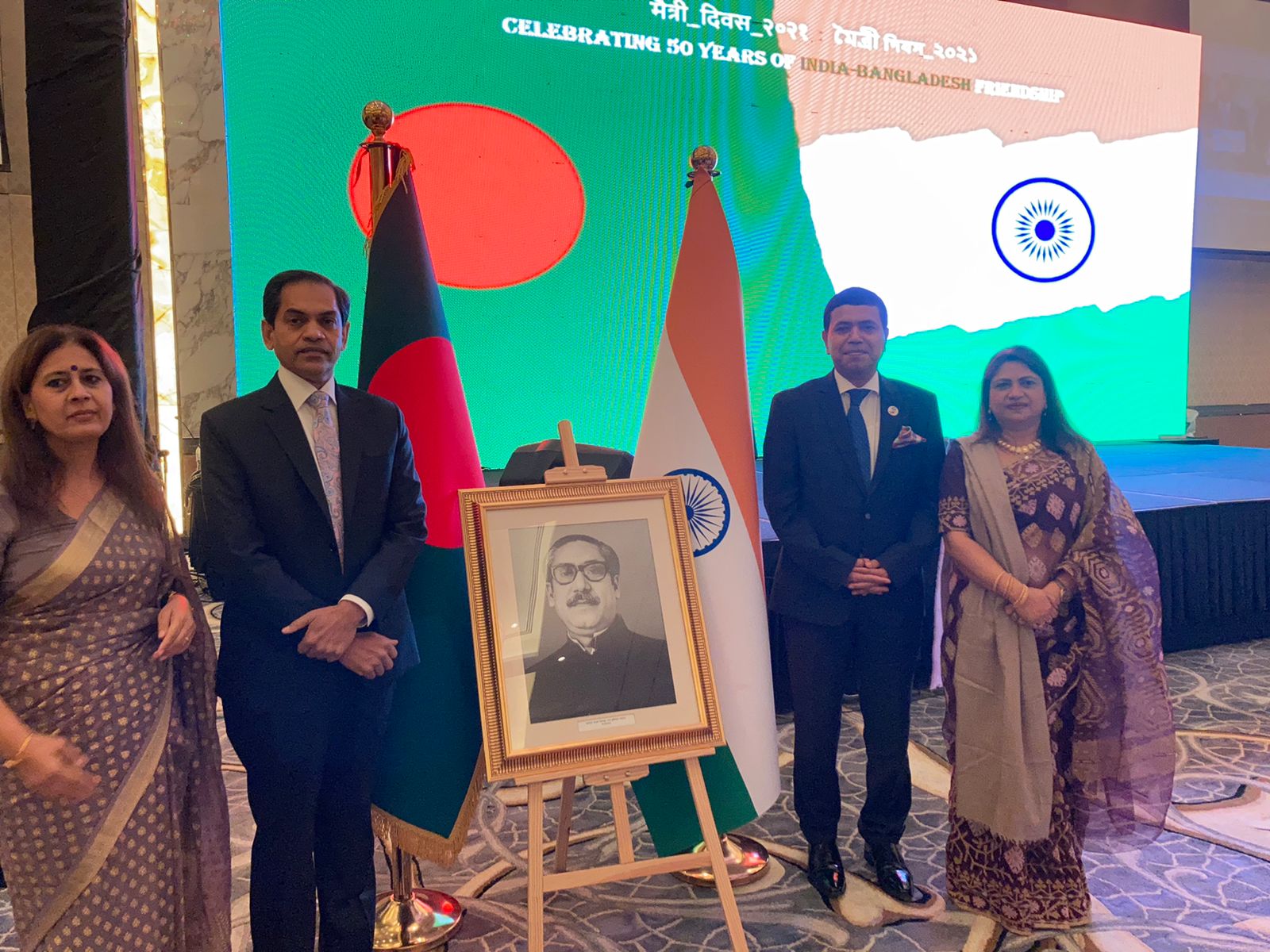 The top envoys were speaking during the ‘Maitri Diwas’ (Friendship Day) in Abu Dhabi. The day was marked with cultural programmes as part of the 50th anniversary of diplomatic relations between the two countries.

Zafar said that Bangladeshis will forever remember the role played by the Indian government and soldiers during the War of Liberation 1971.

Zafar pointed out that the bilateral relations and cooperation between the countries touched new heights during the pandemic.

“In the recent years, Bangladesh and India have scripted a golden chapter of bilateral ties. The relationship is now considered a role model for neighbourhood diplomacy. The two countries engaged at the highest level even as the whole world came to a grinding halt because of the Covid-19 pandemic,” he said and hoped for “greater partnership” in future. “Long live Bangladesh-India friendship.”

Sudhir, the Indian ambassador, attending his first public event, said: “This is a special day. Our countries share a unique bond.”

He recollected that during the visit of Indian Prime Minister Narendra Modi to Bangladesh in March 2021 to attend the National Day of Bangladesh, it was decided to commemorate December 6 as the Maitri Diwas, 10 days before the Bangladesh Liberation War.

Sudhir said that Indians are proud of the legacy of ‘Bangabandhu’ Sheikh Mujibur Rahman, the Founding Father of Bangladesh.

The ambassador shed light on the support offered by India to Bangladesh during the pandemic. India-Bangladesh relations, he said, “are the most comprehensive we have with any country”.

Sudhir noted that both the countries are close strategic partners and share common values of secularism, pluralism and democracy.

“We are proud that Bangladesh has made rapid strides in its economic development.”

Both the envoys stressed that bilateral cooperation has made “remarkable progress” in several areas like food and security, power, trade and commerce, infrastructure development, energy, disaster management, cyber security among others.