Highlighting the bond between the two nations, the High Commissions of India and Bangladesh were part of a larger celebration of the 50-year anniversary of recognising the latter as an independent country.

Ten days before the liberation of Bangladesh, India was one of the first countries to establish bilateral diplomatic ties with Bangladesh and recognised its independence on December 6, 1971, a Ministry of External Affairs statement read. 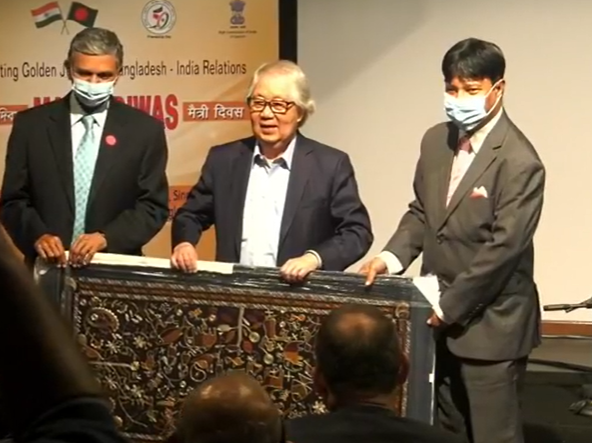 In a meeting between PM Narendra Modi and PM of Bangladesh Sheikh Hasina during the former’s visit to Bangladesh earlier this year in March it was decided to recognise the day as ‘Maitri Diwas’.

The Indian PM yesterday stated that this year marks five decades since the establishment of bilateral ties between the two nations. "We jointly recall and celebrate the foundations of our 50 years of friendship," Modi tweeted, adding that he looked forward to working with Sheikh Hasina for the expansion of friendly relations.

Today India and Bangladesh commemorate Maitri Diwas. We jointly recall and celebrate the foundations of our 50 years of friendship. I look forward to continue working with H.E. PM Sheikh Hasina to further expand and deepen our ties. #मैत्री_दिवस #মৈত্রী_দিবস#MaitriDiwas

The Indian High Commission in Singapore and the High Commission of Bangladesh celebrated ‘Maitri Divas’ with Professor Tommy Koh as the Guest of Honour at the Mahatma Gandhi Memorial at Race Course Road also known as the SIFAS Annex. Singapore Indian Fine Arts Society (SIFAS) was the venue partner and the artistic director for the program. 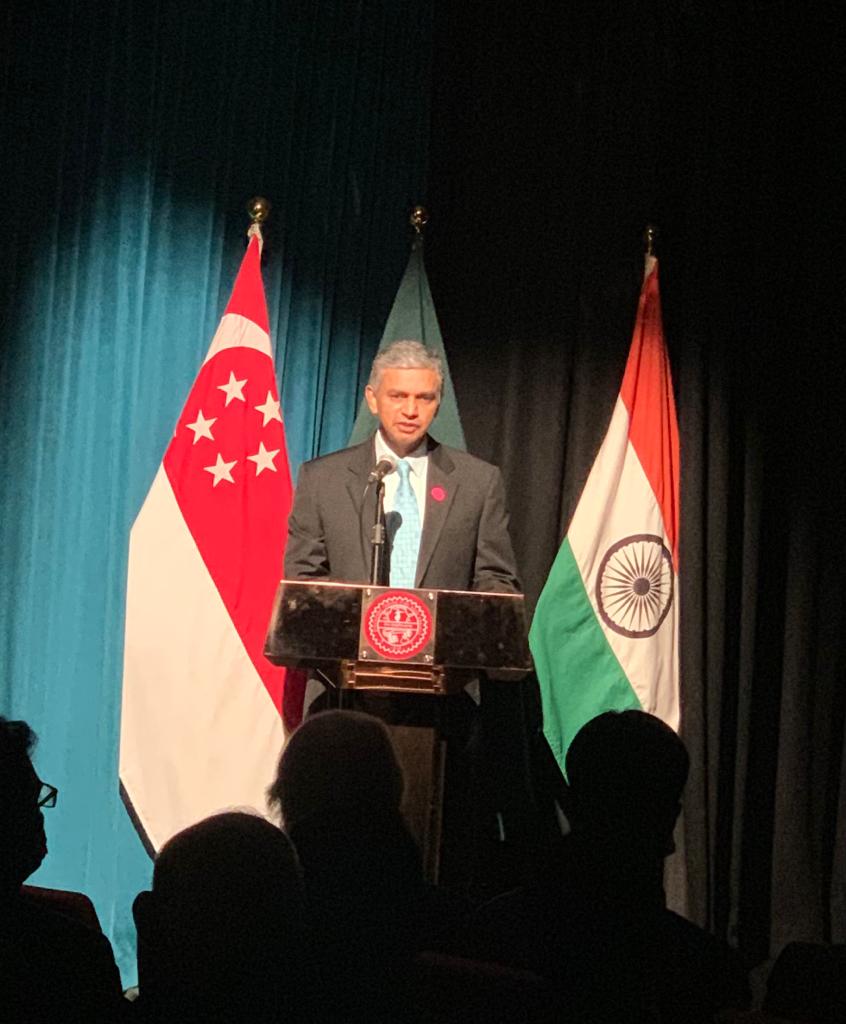 HE P Kumaran delivering his address. Photo: Connected to India

High Commissioner P Kumaran in his address at the event said it was fitting that this celebration was one of the first being held at the new Mahatma Gandhi centre in Singapore.

"With centuries of common history, culture, kinship and a long land border, there was a public outcry of protest against the violence being perpetrated across East Bengal by the dictatorial regime of Pakistan in 1971," he added, recalling the events that led to Bangladesh's independence.

He also said that bilateral cooperation between the two nations ranges from connectivity, security, trade, energy and education to space, economy, sustainable development and innovation, referring to the current state of affairs as a "Shonali Adhyay (golden chapter)".

"Our composite culture and respect for pluralism has enabled us to take a united stand," he added. 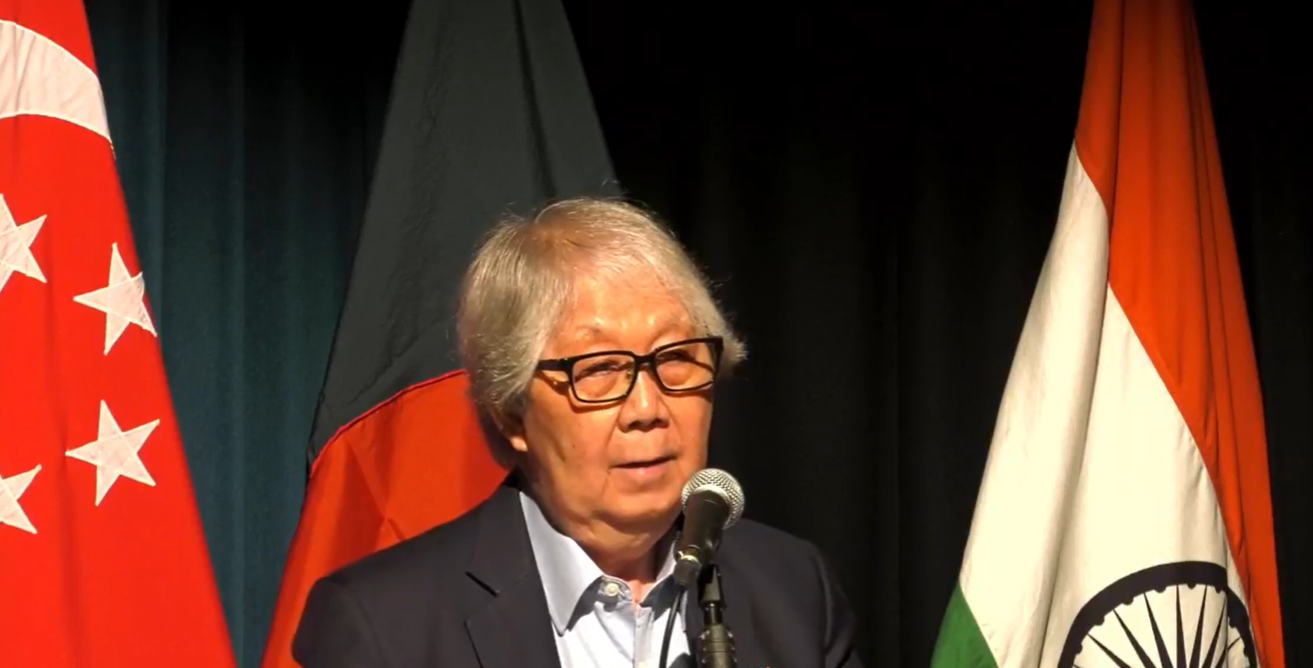 Hailing the India-Bangladesh ties as a "precious achievement", Singapore's Ambassador-at-Large Tommy Koh said that if all the countries can live in harmony with their neighbours, it would lead to a major contribution towards peace.

"Singapore has a very good relation with both Bangladesh and India. So, we are happy to join in this celebration. Language, literature, and songs play a major role in uniting the people of both countries," he added. 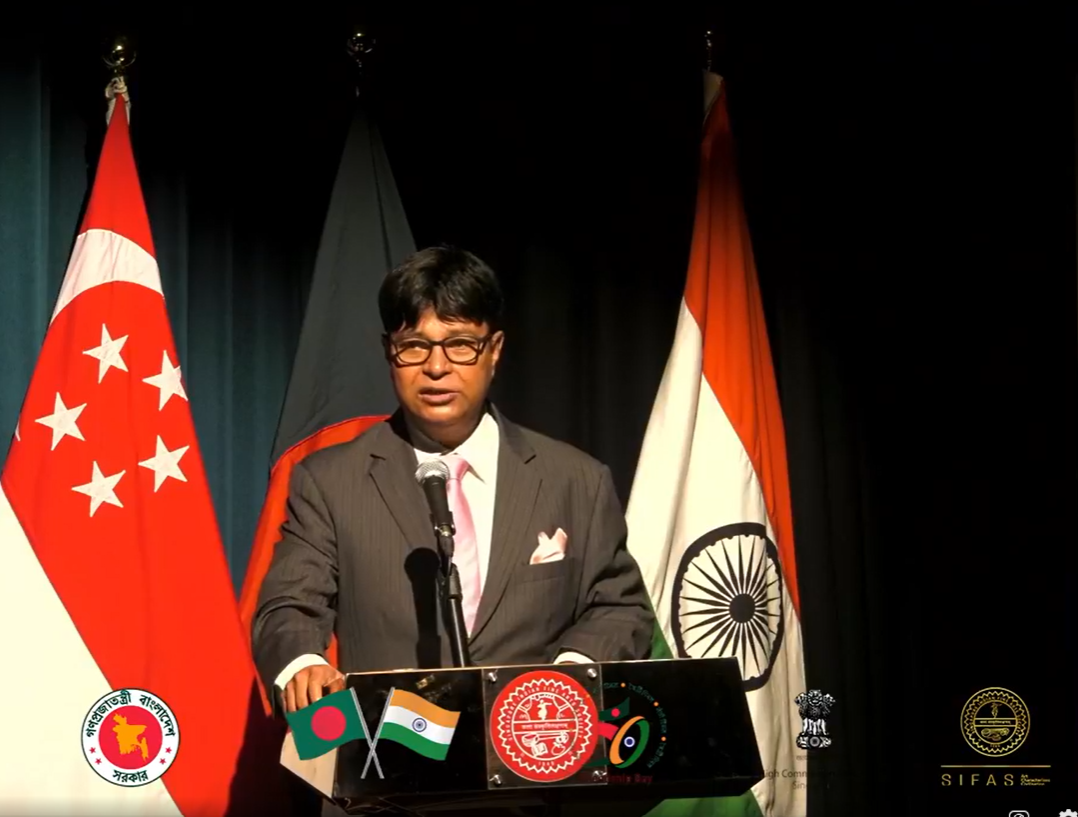 Md Tauhedul Islam, High Commissioner of Bangladesh to Singapore said that India and Bangladesh have forged a lasting friendship and relationship over the past 50 years.

"We set an example of a new definition of friendship and nationhood 50 years ago; something which is needed again in today's climate," he added. 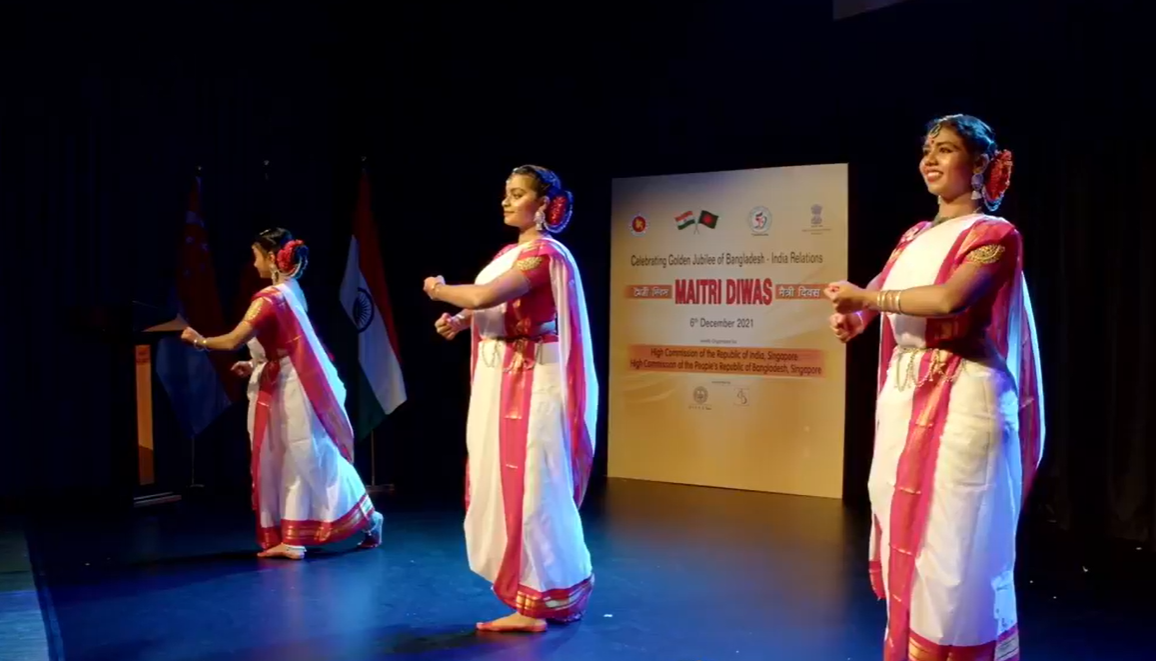