Sunjay Sudhir, a 1993-batch officer of the Indian Foreign Service, has been appointed as the next Ambassador of India to the UAE. 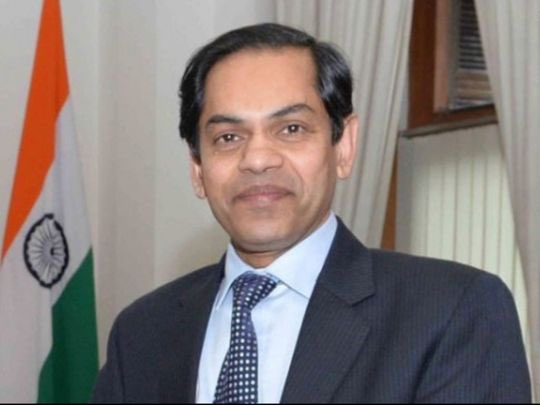 The officer is expected to take up the assignment shortly, the Ministry of External Affairs said in a statement.

Sudhir will succeed Pavan Kapoor, who took charge on October 31, 2019. Kapoor will now take charge as the next Indian Ambassador to the Russian Federation, the ministry added.

Sudhir last served as the High Commissioner of India to Maldives. Prior to that, he lived and worked in New Delhi, Australia, Switzerland, Sri Lanka, Syria and Egypt.

He was Joint Secretary (International Cooperation), Ministry of Petroleum & Natural Gas from 2015 to 2019. Prior to that he was the Consul General of India in Sydney.

During his stints in the Ministry of External Affairs in Delhi he served as Deputy Chief of Protocol (Ceremonial) handling incoming and outgoing VVIP visits during 2002-04. He has also worked in the Europe West Division (2000). In 2012, he had a brief stint as Joint Secretary (International Cooperation) in the Ministry of Petroleum and Natural Gas.

Sudhir holds a degree in Bachelor of Technology from the Indian Institute of Technology, New Delhi (1984-88).

He pursued a course in Diplomatic Practice from Oxford University (2001-02) and Certificate Courses, conducted by WTO, in – TRIPS Agreement and Public Health; WTO Law and Jurisprudence; and WTO Dispute Settlement (during 2007-2010).