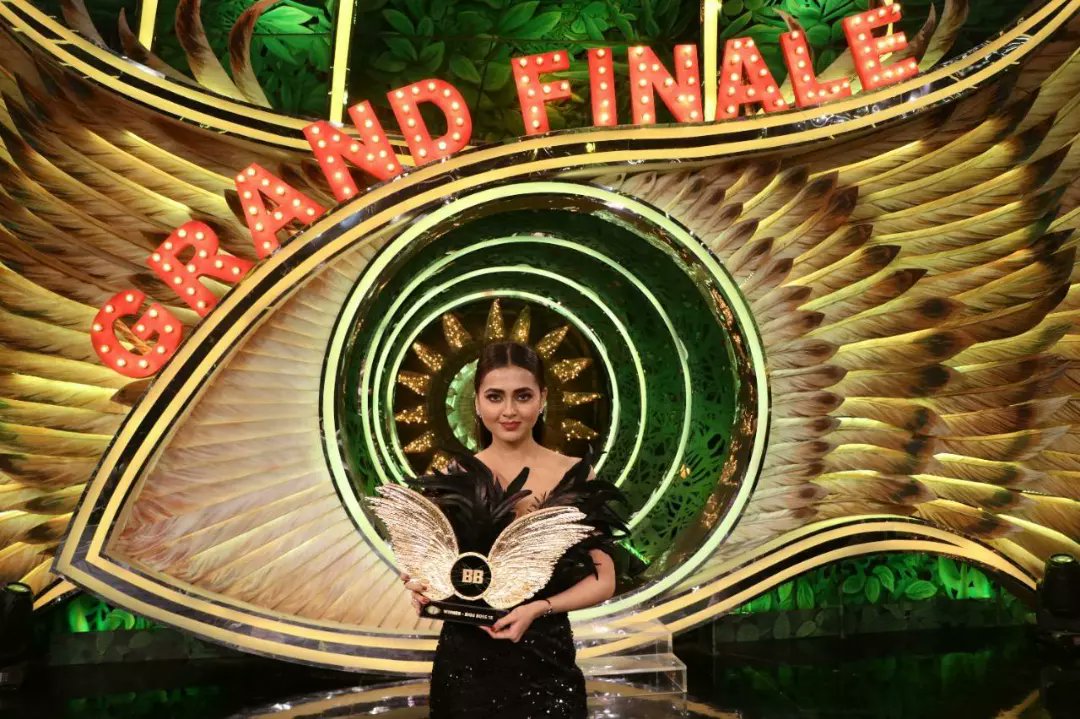 Prakash entered the show as a title favourite, courtesy her popularity as a TV star. Photo courtesy: Twitter/@itsmetejasswi

Sehajpal was the first runner up, while Prakash's actor-boyfriend Karan Kundra finished third.

Prakash entered the show as a title favourite, courtesy her popularity as a TV star.

The 28-year-old actor was known for displaying her competitive and fierce side. During the course of the show, Prakash fell in love with Kundra and the couple became a fan favourite.

Thank you #TejaTroops and everyone who made this dream come true! A dream come true after 4 months of a very challenging journey! The trophy comes home!!! #BiggBoss15#BiggBoss#TejasswiPrakash#TejaTroops#TCrewpic.twitter.com/jC266ww151

A moment that still feels like a dream come true….One that I still am pinching myself about….Yes this is going to stay with me forever! And this journey is one which we have walked on together….To greater heights, together! Ganpati Bappa Morya 🙏🏻 ❤️ #Thankful #gratitude pic.twitter.com/FhYs7f4MD3

Sehajpal, who was one of the finalists on 'Bigg Boss OTT' last year, also remained popular throughout the show.

Among the highlights of the finale was 'Bigg Boss' 13 finalist Shehnaaz Gill paying a tribute to her late partner Sidharth Shukla, who was the winner of the said season. Sidharth Shukla died last year.