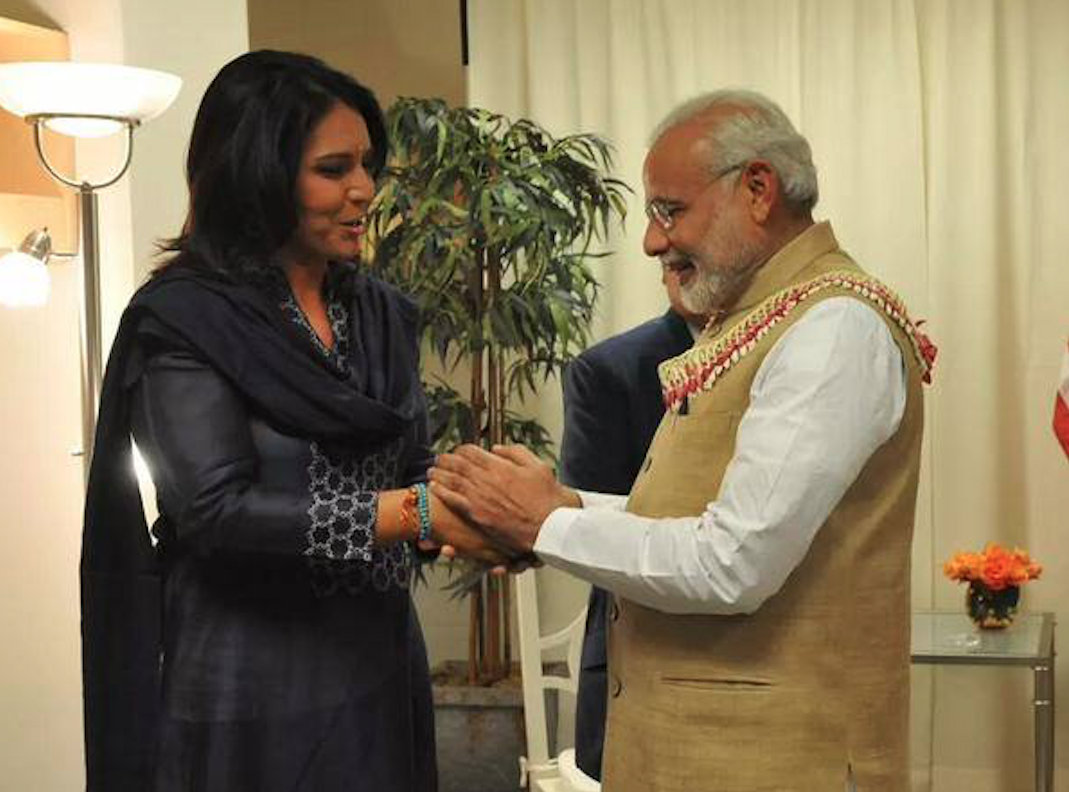 Tulsi Gabbard has clarified that she will meet Indian PM Narendra Modi but not at the 'Howdy, Modi' event. File photo courtesy: Facebook/Tulsi Gabbard

Member of the Democratic Party of the United States and the first Indian-origin woman candidate for US presidential elections, Tulsi Gabbard has clarified that she will be meeting Indian Prime Minister Narendra Modi during his visit to the country later this month, but not at the ‘Howdy, Modi!’ event in Houston.

Responding to a tweet by Indian journalist Rana Ayyub, who posted an article that said Gabbard dropped out of the event due to Hindu-American Congressman Ro Khanna's call to reject Hindutva, the Democratic presidential candidate termed the article as ‘misinformed’. She clarified that she will however meet the Indian prime minister while he is in the US.

This article is misinformed. I’m not attending the Houston event due to previously scheduled presidential campaign events. However I'm hoping to meet PM Modi on his visit to discuss the importance of maintaining the strong partnership of the world's oldest & largest democracies.

US President Donald Trump will be joining Modi at the ‘Howdy, Modi!’ event in Houston on September 22, making this the first time a sitting US president and Indian Prime Minister will be addressing a joint rally of Indian-Americans in the US.

The two leaders are expected to address a crowd of over 50,000 people with a delegation of Governors, members of the Congress, mayors and other public officials in attendance as well.