Indian Prime Minister Narendra Modi today tweeted that he was “delighted” that US President Donald Trump would be joining him for the ‘Howdy, Modi’ event in Houston on September 22.

Modi and Trump had met in France last month on the sidelines of the G7 summit where the Indian PM requested the US President for a joint address to the Indian diaspora, which Trump reportedly “immediately” accepted, said White House officials to the Press Trust of India. 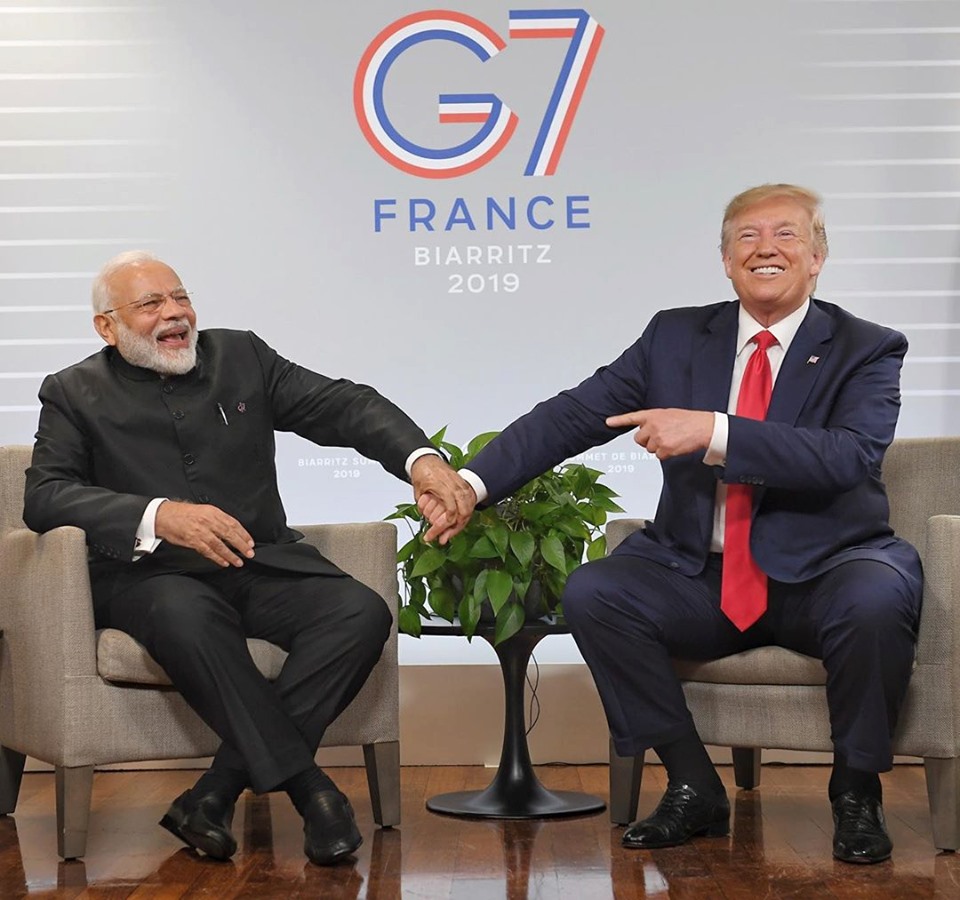 Modi requested Trump for a joint address when they met at G7 in France last month. Photo courtesy: Facebook/Narendra Modi

Calling it a “special gesture”, Modi tweeted that this signified “the strength of the relationship and recognition of the contribution of the Indian community to American society and economy.”

A special gesture by @POTUS, signifying the special friendship between India and USA!

Delighted that President @realDonaldTrump will join the community programme in Houston on the 22nd.

Looking forward to joining the Indian origin community in welcoming him at the programme.

Over 50,000 Indian-Americans are expected to attend the sold-out event at Houston's NRG Stadium. Also likely to be in attendance are a delegation of Governors, members of the Congress, mayors and other public officials, including the first American-Hindu Congresswoman Tulsi Gabbard and Indian-American Congressman Raja Krishnamoorthi.

The special gesture of President @realDonaldTrump to join us in Houston highlights the strength of the relationship and recognition of the contribution of the Indian community to American society and economy. #HowdyModi

"In Houston, President Trump will participate in an event with Prime Minister Narendra Modi of India... It will be a great opportunity to emphasize the strong ties between the people of the United States and India, to reaffirm the strategic partnership between the world's oldest and largest democracies, and to discuss ways to deepen their energy and trade relationship," the White House said in its statement on Sunday.

USIBC is proud to partner with the Texas India Foundation in welcoming Prime Minister Modi to the United States and to Houston, Texas and looks forward to the two leaders further strengthening the strategic and economic partnership between our two countries. pic.twitter.com/tQEQZzCyoh

This will be the third meeting between the two leaders this year. Modi will be in the US till September 28 and his visit will include a speech at the United Nations General Assembly (UNGA) on September 27, just ahead of Pakistan Prime Minister Imran Khan.