The ongoing debate over voting rights for NRIs has entered a new phase. While the Central government is gearing up to amend the Representation of People Act to provide proxy voting right to Non-Resident Indians (NRIs), it will have to tackle a series of challenges in States with a relatively significant NRI population. 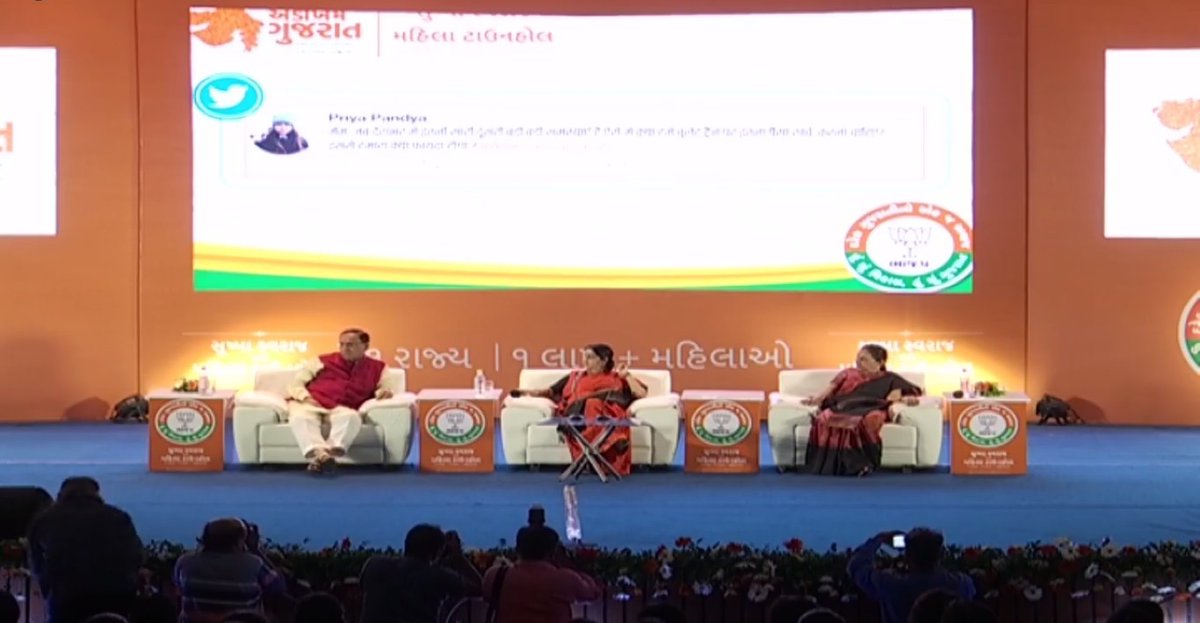 The debate on proxy voting for NRIs was set rolling yet again after a brief lull by Union External Affairs Minister Sushma Swaraj who said in Ahmedabad last week that NRIs could cast their votes by issuing an authorization letter to their kin, The Hindu reported.

Addressing women BJP workers in a town hall interaction, Swaraj said that soon NRIs would be able to proxy-vote in elections in the country as the government was set to amend the Representation of the People Act.

“Prior to the NDA government, there was a no woman member in the CCS but now there are two,” she said, adding the BJP had given four women Chief Ministers in the country.

In her interaction with the women, the Union Minister asked them to take advantage of women-specific government schemes of the State and the Central governments for social welfare, employment and entrepreneurship.

This is how BJP as a party believes in women empowerment. #MahilaTownHallWithSushmaji pic.twitter.com/NKv1ixjcwB

Her statement at a BJP meeting assumes significance as it preludes a series of Assembly elections as well as the Lok Sabha elections in 2019.

Kerala was one State that made an earnest bid to ensure NRI participation in elections and the officials concerned had held preliminary discussions in this regard. Official party to the discussions for granting voting rights to NRIs either through proxy of e-voting had expressed serious reservations about introducing a system for ascertaining the genuineness of a proxy selected by an NRI.

The Election Commission of India would have to evolve a mechanism to ensure that he or she is voting as per the desire of the NRI. The Voter Verifiable Paper Trail would be insufficient to address such concerns. Having a foolproof verification system is not an easy task either.

Safeguards against impersonation need to be put in place. Kerala, Punjab, and Gujarat are the three states that have a major expatriate population and the experiment would have considerable impact on the election process in these states.