Congress leader Shashi Tharoor was one of the most popular guest speakers during the Jaipur Literary Festival 2022, with packed venues and enthusiastic fans following him throughout the event. 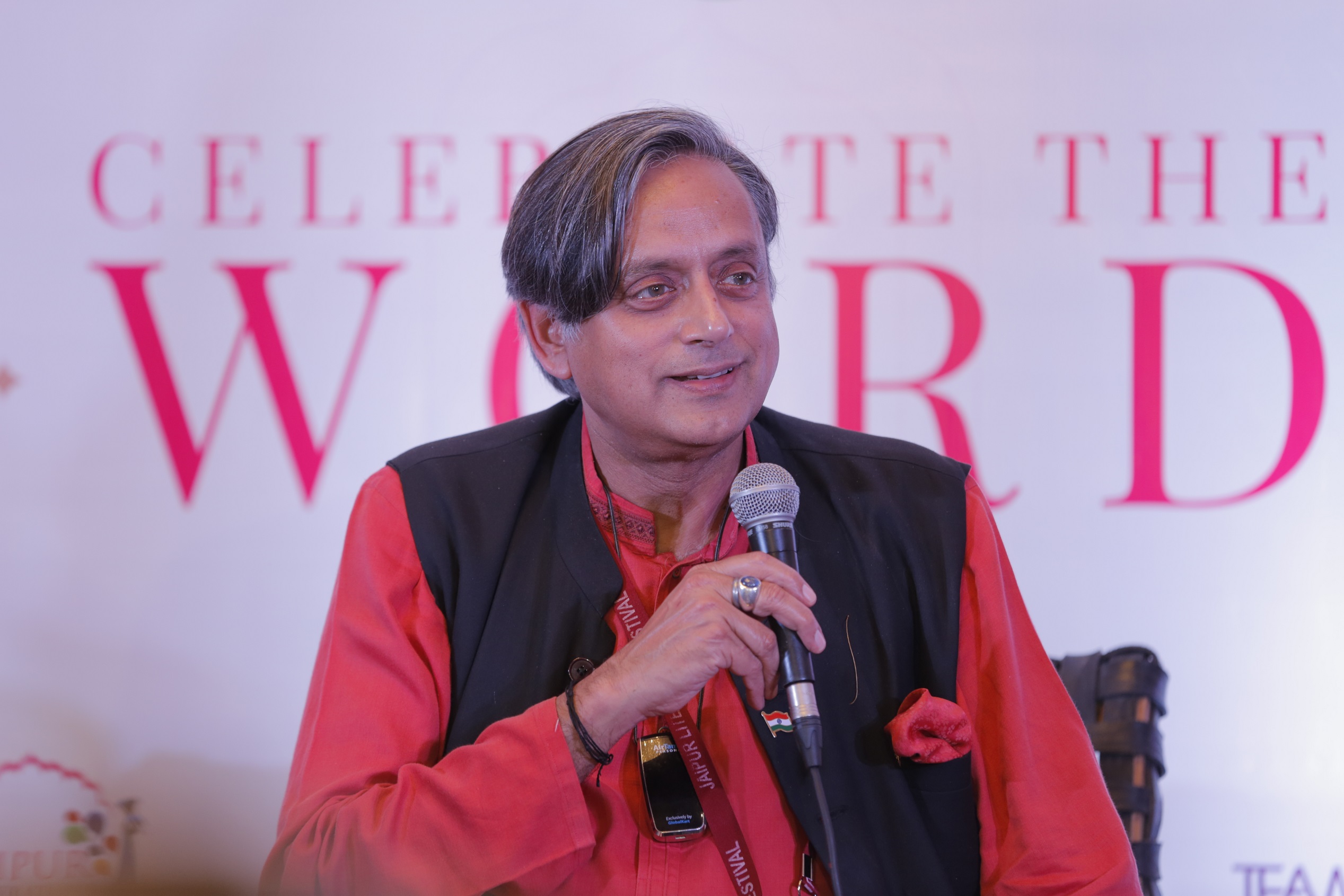 Tharoor, whose presence at the festival coincided with the announcement of election results in five Indian states, said that the Indian voter has always been capable of throwing up surprises and the BJP will also get to know about it one day. Photo courtesy: JLF

Tharoor highlighted many topics and issues he has written and spoken about over the years during his sessions, including British amnesia about Colonialism, the 42nd Amendment which froze the number of seats in Parliament as well as whether India is becoming a surveillance state in the backdrop of the Pegasus scandal.

"I've been saying a lot of these things, very conscious of current events as well," Tharoor told Connected to India in response to a question. "Frankly, this is an ongoing thing; the train is still moving. (With regards to certain issues) the reality of 2018 may not have dramatically changed in 2022; some aspects have developed and some have gone downhill."

Tharoor added that he has continued to champion the views he had shared at 'Shashi the Roar in Singapore', a fireside chat he had in Singapore with Vikram Khanna, Associate Editor of the Straits Times, and that he had reiterated many of these long-held views in a JLF session with veteran journalist, anchor and author Vir Sanghvi.

"Throughout this festival, there have been a number of issues in my five different panels. I've had discussions on everything from Colonialism and the Princes to the conversation that Vir conducted with me across a whole range of topics yesterday," Tharoor added.

"As far as I am concerned, we have to look at the situation as it is, and speak relevantly, appropriately and constructively," Tharoor told Connected to India. "It is saying something with a view to achieving something that matters."

Tharoor also responded to a question about why there had not been a bigger fallout in the aftermath of the Pegasus surveillance scandal.

He added that the matter was before the Supreme Court of India and was not considered over until the apex court had delivered its ruling.

Tharoor, whose presence at the festival coincided with the announcement of election results in five Indian states, said that the Indian voter has always been capable of throwing up surprises and the BJP will also get to know about it one day.

The Congress party's poor showing in the just-concluded assembly elections in Uttar Pradesh, Uttarakhand, Goa, Punjab and Manipur has led to widespread criticism, with the G-23, a group of Congress leaders including Tharoor who are calling for party reform, clashing with other elements in the party over the past week. 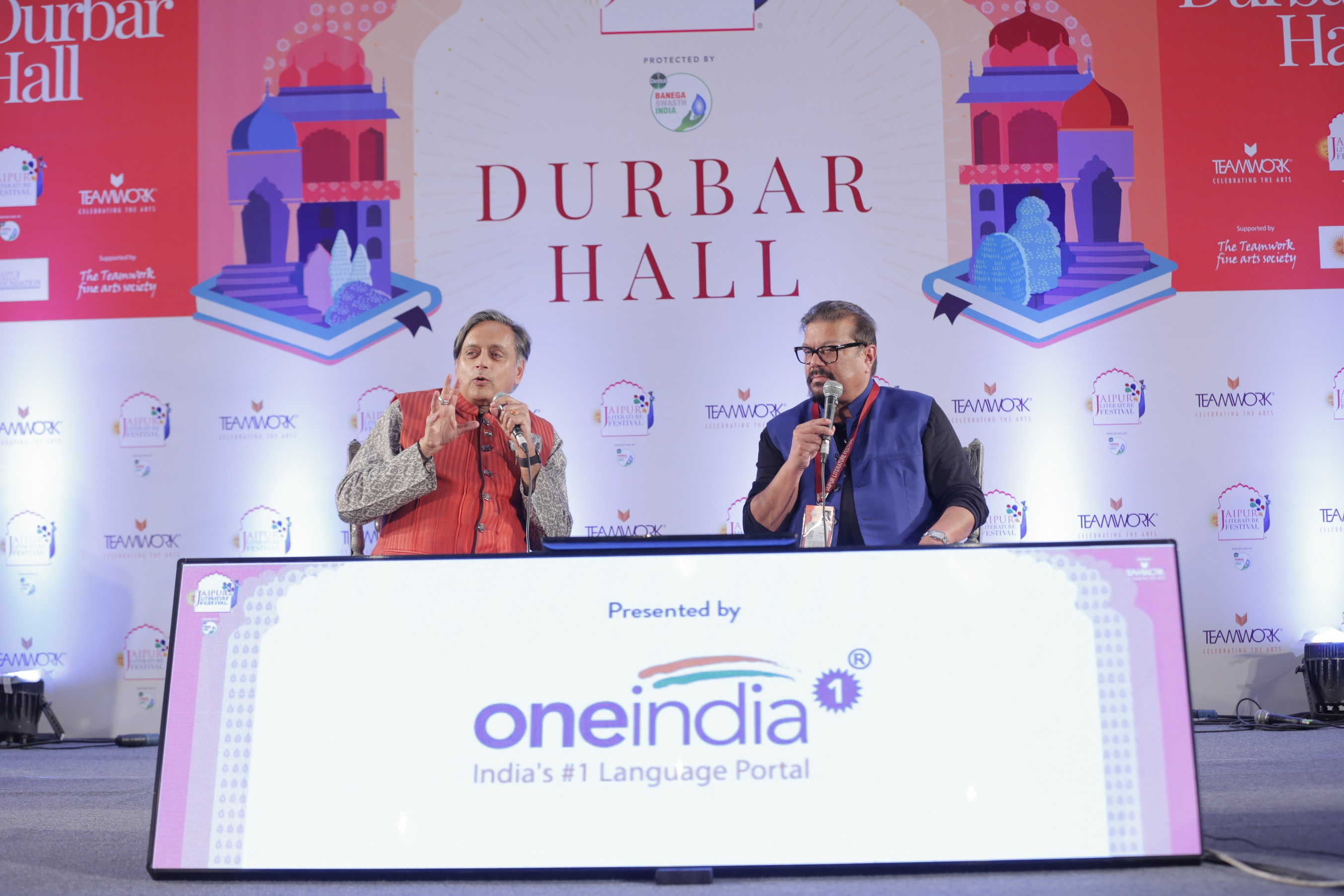 Tharoor (left) had reiterated many of these long-held views in a JLF session with veteran journalist, anchor and author Vir Sanghvi. Photo courtesy: JLF

The Congress could have done much better in Uttarakhand, and in Goa, "we had very good chances of being the single largest party," Tharoor said at tJLF.

"But mind you in both the states the number of voters are relatively small, and that perhaps contributed," he added.

In Uttar Pradesh, the Congress could manage to win only two of the 403 assembly seats with their vote share plummeting to a meagre 2.33 per cent and most of its candidates losing security deposits.

Priyanka Gandhi Vadra did remarkable and energetic campaigning for the party in the state, and "from my point of view, I don't think that the Congress per se can be faulted because on the grounds of one person's campaigning", Tharoor said. 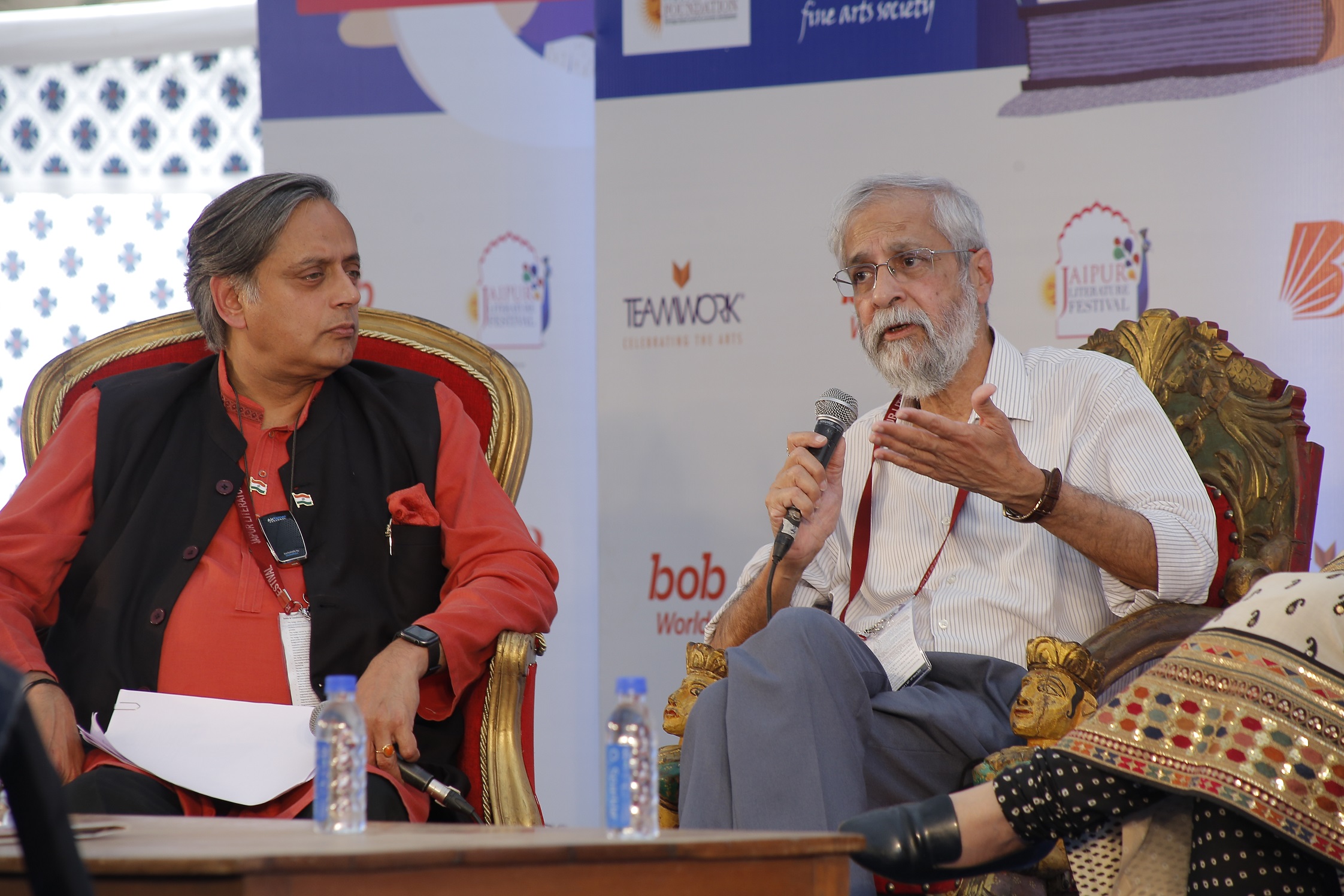 "I think the issues are rather larger for the party as well as for party viability in some states where our presence has been systematically going down," he said.

On Priyanka Gandhi's campaigning, the MP said, "You would have seen her everywhere, including getting arrested a couple of times by the Uttar Pradesh Police. You have seen her very much on the spot and running through the state."

He also expressed surprise over political analysts describing the results as a "foregone conclusion", saying very few predicted BJP's victory until the exit polls came out.

"If it was a foregone conclusion, all the pundits should have been saying that for the last five-six weeks of election campaign. Very few, if any did, it was only when the exit polls were coming out that the tale turned and people said BJP is going to win. Until then there was no question in my mind that most of people were expecting a very, very close fight, and some were saying anecdotally that Samajwadi Party was ahead," Tharoor said.

The Indian voter has the capacity to surprise and one day, they will also surprise the BJP. "But right now they have given the BJP what it wanted," he said.

The JLF's 15th edition was held in a hybrid format for the first time since its inception in 2006 because of COVID restrictions, with many speakers unable to attend physically.