As India's assembly poll results for the five states, Uttar Pradesh, Punjab, Uttarakhand, Manipur and Goa—were declared yesterday, the picture showed a big win for the Bharatiya Janata Party (BJP) which retained power in four and the Aam Aadmi Party (AAP) seizing Punjab from the Congress. 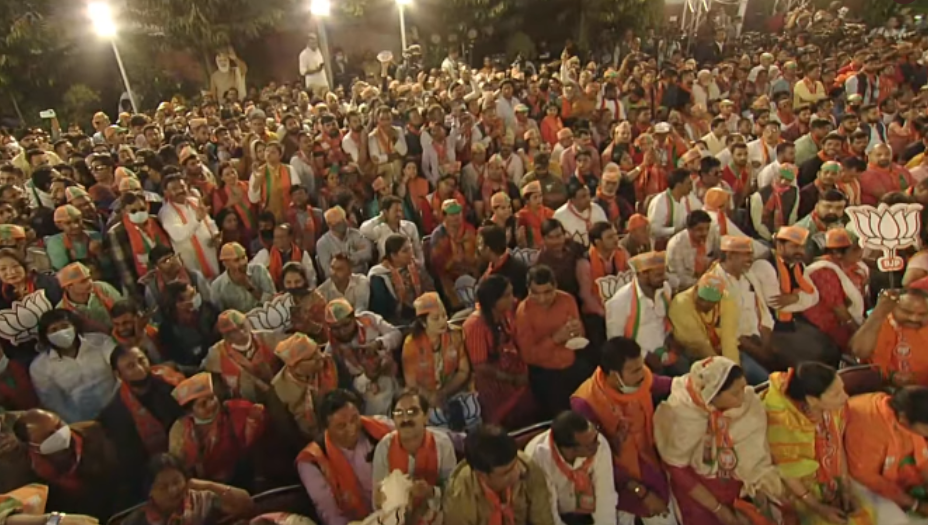 BJP won 255 seats in UP, 20 in Goa, 32 in Manipur and 47 in Uttarakhand assembly elections. Photo courtesy: Twitter/@BJPUP

The BJP retained power in Uttar Pradesh, Uttarakhand, Manipur and Goa. In UP, Chief Minister Yogi Adityanath’s home turf Gorakhpur, the BJP won all the nine assembly seats including Chillupar seat, where the BSP had won the 2017 elections.

The Election Commission has declared the final results of the Assembly elections held in all five states. BJP won the elections in UP with 255 seats, while AAP won in Punjab with 92 seats. In Uttarakhand, BJP won with 47 seats. BJP became the single largest party in Goa, however it could not attain the majority mark.

Most of the exit polls predicted a clear victory for the incumbent BJP in Uttar Pradesh and Manipur, an edge in Uttarakhand, and a close contest in Goa. 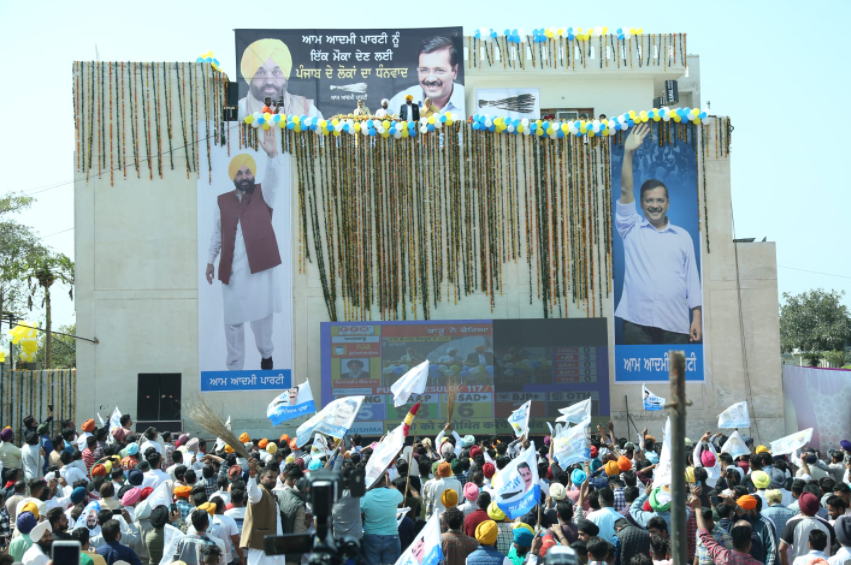 The ruling Congress has won only 18 seats and three seats have been won by the Shiromani Akali Dal, two by the BJP and one each by the BSP and Independents.

In Uttarakhand, the BJP won 47 out of 70 seats. Congress, on the other hand, won only 19 seats  while the BSP won only two seats.

In Goa, the BJP has emerged as the single largest party with 20 out of 40 seats, falling just short of a majority. The Congress secured 11 seats. The AAP and MGP have won 2 seats each, while GFP and Revolutionary Goans Party have emerged victorious on one seat each. Three seats, meanwhile, have been won by independent candidates.