After subpar performances in Punjab and Goa, the Aam Aadmi Party (AAP) and its leader Arvind Kejriwal have now shifted their focus to Gujarat.

The upcoming Gujarat Assembly Elections 2017 are scheduled to be contested in November-end or the first week of December.

In New Delhi, Kejriwal organised a political affairs committee meeting to revamp the NRI cell where Prithvi Reddy, one of the old guard and currently the party’s face in Bengaluru, was appointed as the NRI Cell co-convener.

Volunteers of AAP have also been identifying the major issues in the state and as per sources, the main focus of the party will be healthcare, education and farmers’ issues. 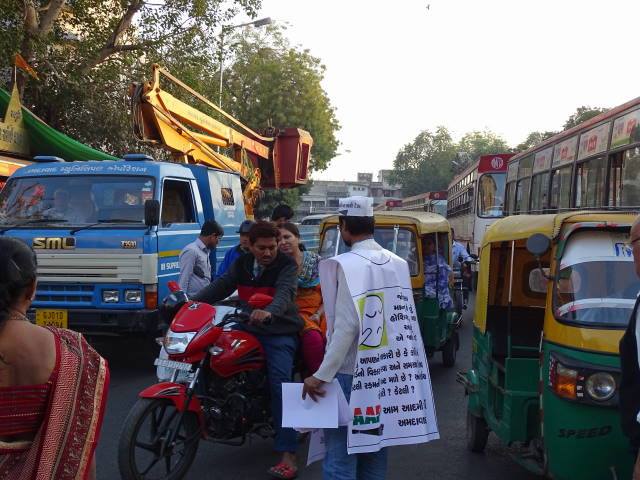 Delhi cabinet minister and Gujarat election-in-charge Gopal Rai said, “We presently have an Android app called ‘AAP ka Daan’ and the party’s website as funding avenues but we will also start a special NRI chapter like we had done in Punjab to raise funding at an international level. This would also be a platform for NRI Gujaratis who want to see a change in Gujarat from the current regime. Our first priority in Gujarat is to set up a strong organisation base and we have started with booth level mobilisation.”

Gujaratis form 33 per cent of the Indian diaspora and Gujarat is among the top five states in the country in terms of NRI deposits. RBI data shows there was a little over US$115 billion (about Rs 7 lakh crore) in NRI accounts in India in 2014-15, with Gujarat accounting for 7.78 per cent of the kitty.

However, there are reports that after the setbacks in Punjab and Goa, the AAP seems to have plans to scale down its poll efforts in Indian Prime Minister Narendra Modi’s home state. Amid rumours of the BJP calling for early polls, sources said the AAP has decided to convert its March 26 public rally to be held in Ahmedabad to a party gathering for mobilising its party volunteers from across 182 assembly seats after a meeting on Wednesday. Kejriwal is seen as a polarising figure in the state with his outspoken support for Hardik Patel, the young Patidar leader who is at loggerheads with the state government over reservation quotas.