As a goodwill gesture to toward the deepening ties with India, the Crown Prince Mohammed bin Salman of Saudi Arabia has ordered the release of 850 prisoners lodged in Saudi jails on the request of Indian Prime Minister Narendra Modi. The amnesty has coincided with his visit to India. 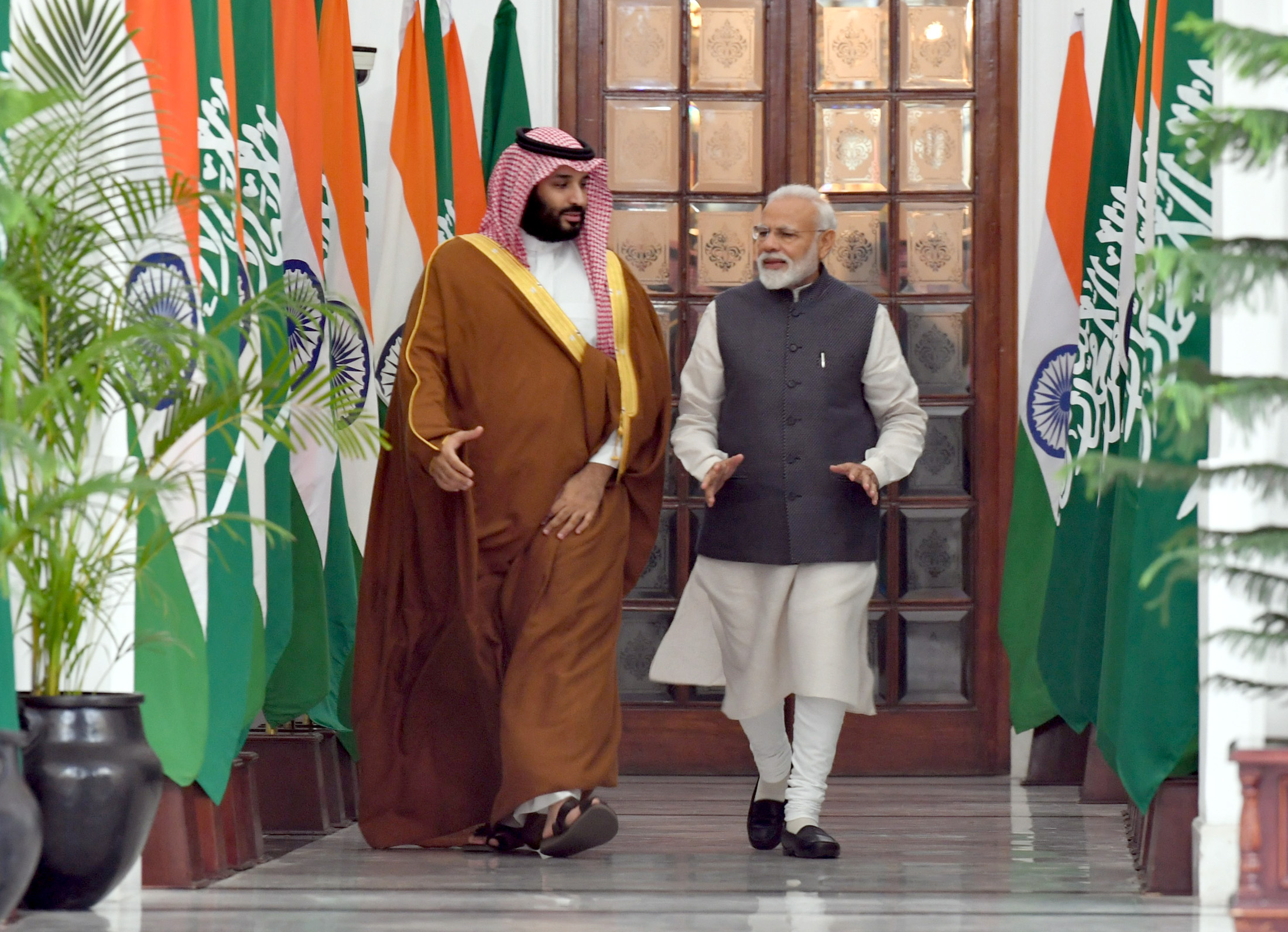 This brings the total number of prisoners in Saudi jails to 1414 and makes now the UAE the top nation in the Gulf with 1606 prisoners held for various offences.

"Another big deliverable! At the request of the PM Narendra Modi, His Royal Highness the Crown Prince of Saudi Arabia has ordered the release of 850 Indian prisoners lodged in Saudi jails," External Affairs ministry spokesperson Raveesh Kumar said in a tweet.

This is not the first time a highly orthodox dispensation in the Gulf has relaxed its laws for the Indian convicts and undertrials during PM Modi's tenure.

In December 2016, an Indian worker named Limbadiri in the death row was set free. He was convicted of the murder of a Saudi national.

The UAE too has shown similar amnesty towards the Indian convicts in the recent past. In May 2007, ten Indians facing execution in the UAE for murdering a Pakistani man had their death sentences were commuted to prison terms.

In April last year, Kuwait commuted the death sentence of 15 Indians to life and the sentences of 119 others were reduced on the Indian government's intervention.

Saudi laws are among the strictest and unsparing in the world. In May 2016 three Saudis nationals were sentenced to death for beating and burying alive five Indian workers at a remote farm in country's eastern province. They murdered their victims in 2010 and were handed death penalty two years after the suspects confessed to the crime.

Prime Minister Narendra Modi with the Crown Prince, Vice President of the Council of Ministers of Defence of the Kingdom of Saudi Arabia, Prince Mohammed Bin Salman Bin Abdulaziz Al-Saud, at the delegation level talks at Hyderabad House, in New Delhi on February 20, 2019. Photo courtesy: PMO

According to latest figures submitted by the government in the Parliament, as many as 4,705 Indian nationals were lodged in various prisons of the Gulf countries, with most of them lodged in jails of Saudi Arabia and the United Arab Emirates – either being tried for some crime or convicted, the Lok Sabha was informed. Maximum number of Indian were held in Saudi Arabia prisons(2264), followed by UAE (1606), Kuwait (483), Qatar (212), Bahrain (121) and Oman (59).

In a reply to a question on state of Indian inmates languishing in jails in the Gulf countries, the Minister of State for External Affairs V K Singh said, "Our Missions and Posts abroad extend all possible help and assistance to the imprisoned Indian nationals including when they are detained by local police or immigration authorities or put in prisons for violation of local laws."

The Government was asked whether it was aware that a large number of Indians are lodged in jail in the Gulf Countries. If so, what were the actions taken by the Government to get them released and deported to India. And whether it was a fact that the Indian Embassy concerned has charged any fee for extending facilities to such persons; and if so, the reasons and the steps taken to give services and facilities to such persons, who are mostly poor, free of cost.

India’s ties with Saudi Arabia are historical and time-tested.

Saudi Arabia is a valued strategic partner of India in the 21st century. pic.twitter.com/2oDOaxeHJ5

The Minister also informed the House that the number of Indian prisoners in foreign jail as of February 8, 2019 is 8,567 which also includes under-trials.

The Minister also released a detailed country-wise list but said due to strong privacy laws prevailing in many countries, the local authorities do not share information on prisoners unless the person concerned consents to the disclosure of such information. Even countries which share information do not generally provide detailed information about the people of foreign countries imprisoned.