As many as 4,705 Indian nationals are lodged in various prisons of the Gulf countries, with most of them lodged in jails of Saudi Arabia and the United Arab Emirates – either being tried for some crime or convicted, the Lok Sabha was informed.

In a reply to a question on state of Indian inmates languishing in jails in the Gulf countries, the Minister of State for External Affairs V K Singh said, "Our Missions and Posts abroad extend all possible help and assistance to the imprisoned Indian nationals including when they are detained by local police or immigration authorities or put in prisons for violation of local laws." 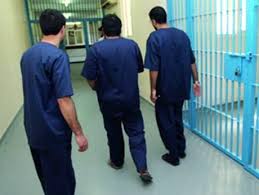 The question was asked by Kozhikode MP of Congress M K Raghavan who wanted to know whether the Government was aware that a large number of Indians are lodged in jail in the Gulf Countries. If so, what were the actions taken by the Government to get them released and deported to India. He also queried whether it was a fact that the Indian Embassy concerned has charged any fee for extending facilities to such persons; and if so, the reasons and the steps taken to give services and facilities to such persons, who are mostly poor, free of cost.

Responding to another question, the Minister informed the House that the number of Indian prisoners in foreign jail as of 08 February 2019 is 8567 which also includes under-trials.

The Minister also released a detailed country-wise list but said due to strong privacy laws prevailing in many countries, the local authorities do not share information on prisoners unless the person concerned consents to the disclosure of such information. Even countries which share information do not generally provide detailed information about the people of foreign countries imprisoned.

He was responding to Balasore MP of Biju Janata Dal Rabindra Kumar Jena who wanted to know the details of Indian under-trials and convicts lodged in prisons in foreign countries, according to their domicile, sex and offence committed-wise.

Earlier, the Ministry of External Affairs had informed the Parliament that its missions and consulates in the Gulf countries are vigilant to reports of ill-treatment of Indians and promptly follow up complaints about their redressal with local authorities. Replying to a question in Rajya Sabha(Upper House), the Minister said that the safety, security and well-being of Indians abroad is among the top priorities for the Government of India.

"Our Missions and Posts abroad remain vigilant and closely monitor any incident of attack or complaints of mistreatment against Indians. Such incidents are immediately taken up with the concerned authorities for taking action, as appropriate, to ensure that the cases are properly investigated and guilty punished," Singh told the lawmakers.

The Minister said Indian Missions and Posts in Gulf countries have received complaints from Indians, both male and female workers, in Gulf countries regarding mistreatment. A majority of these pertain to labour disputes  that is non-payment or delay in payment of salaries and other benefits such as medical and insurance, refusal of leave or exit or re-entry permits for visits to India, denial to arrange the final exit visas to the worker for return to India after completion of the contract,  and maltreatment on the part of the employers. Singh said most of the cases pertain to labourers, who do not have a proper employment contract and have migrated in violation of Government norms for recruitment of Emigration Check Requirement (ECR) workers from India.

In some cases, female workers are taken by unauthorised Indian recruiting agents on a tourist visa to a third country and then are sent to Gulf countries on an employment visa to bypass Government’s safeguards put in place for the protection of female workers. The Indian Missions and Posts in Gulf countries, in addition, receive complaints about the cheating done by the Indian recruiting agents, who send the workers, both female and male, using illegal means.