Russia yesterday struck Ukraine’s Black Sea port Odessa, as per interior ministry officials, despite Kyiv’s warning that Russia was trying to consolidate its troops in the south. 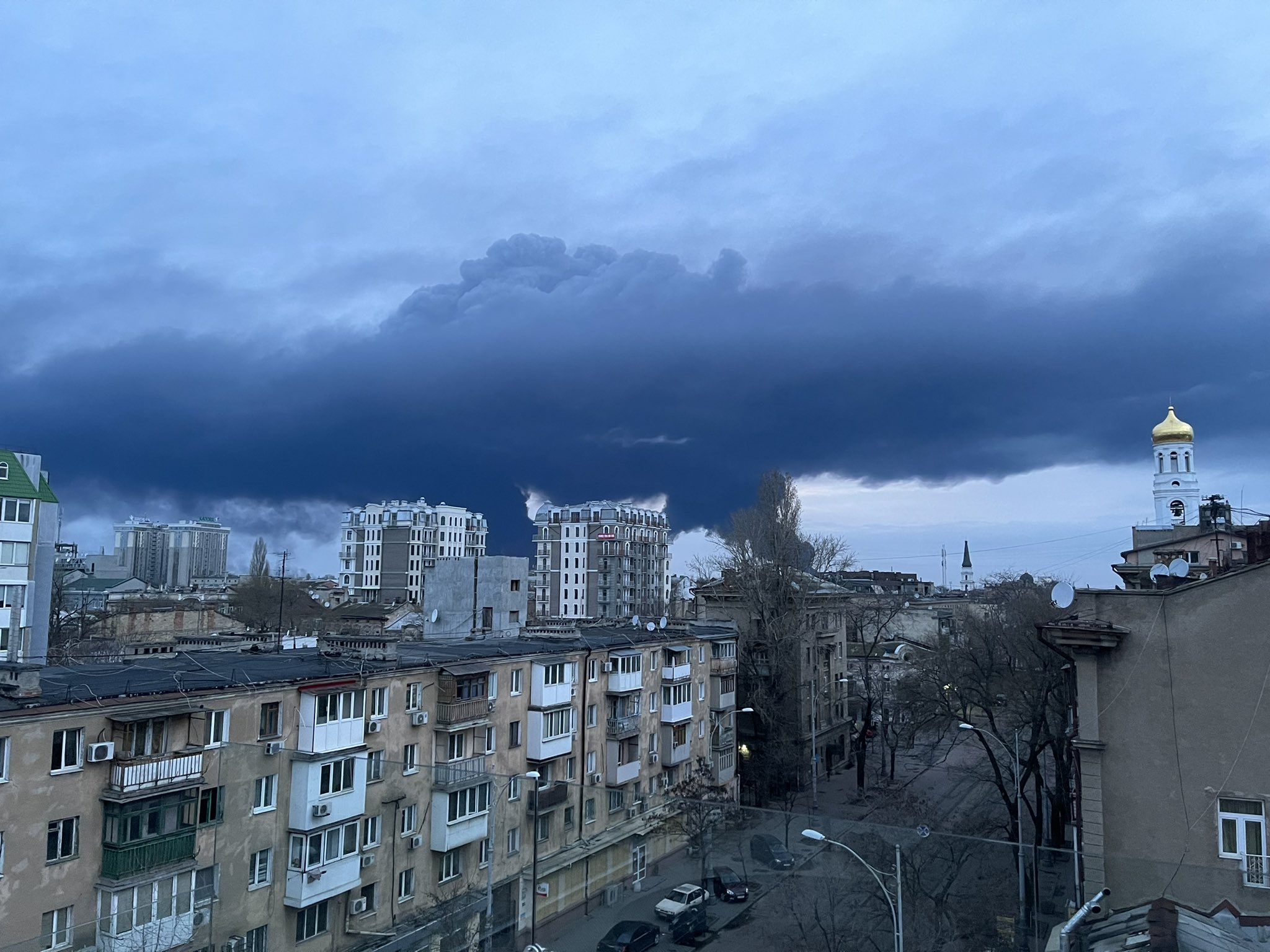 The blasts sent up at least three columns of black smoke with flames visible apparently in an industrial area. Photo courtesy: Twitter/@Irishcamera

"Odessa was attacked from the air," Anton Herashchenko, adviser to the interior minister, wrote on his Telegram account. "Fires were reported in some areas. Some of the missiles were shot down by air defence."

An AFP reporter heard explosions in the southwestern city at around 6:00 am (0300 GMT).

The blasts sent up at least three columns of black smoke with flames visible apparently in an industrial area.

A soldier near the site of one of the strikes said it was likely a rocket or a missile.

The attack comes as Russian forces appeared to be withdrawing from the country's north.

On Friday, Ukraine's President Volodymyr Zelenskyy warned Russia was consolidating and preparing "powerful strikes" in the south, joining a chorus of Western assessments that Moscow's troops were regrouping.

The bodies of at least 20 men in civilian clothes were found lying in a single street Saturday after Ukrainian forces retook the town of Bucha near Kyiv from Russian troops, AFP journalists said.

One of the bodies of the men had his hands tied, and the corpses were strewn over several hundred metres (yards) of the residential road in the suburban town northwest of the capital.

The cause of death was not immediately clear although at least one person had what appeared to be a large head wound.

Russian forces withdrew from several towns near Kyiv in recent days after Moscow's bid to encircle the capital failed, with Ukraine declaring that Bucha had been "liberated".

But the town had been left devastated by the fighting, with gaping holes from shell explosions in apartment blocks and crushed cars littering the streets, AFP journalists who accessed the town said.

Sixteen of the 20 corpses found on one street in Bucha were lying either on the pavement or by the verge. Three were sprawled in the middle of the road and another was lying in the courtyard of a house.

An open Ukrainian passport lay on the ground next to the person who had his hands tied behind his back with a piece of white cloth.

All were wearing civilian clothes -- winter coats, jackets or tracksuit tops, jeans or jogging bottoms, and trainers or boots.

Two of them lay near bicycles while another was next to an abandoned car. Some lay face up, with their limbs askew, while others were lying face down.

The skin on the faces of the dead people had taken on a pale waxy appearance, indicating that they may have been there for at least a number of days.