Ukraine’s intelligence service has said that seven people, including a child, were killed after Russia fired at a convoy that was evacuating women and children from Kyiv's Peremoha village. 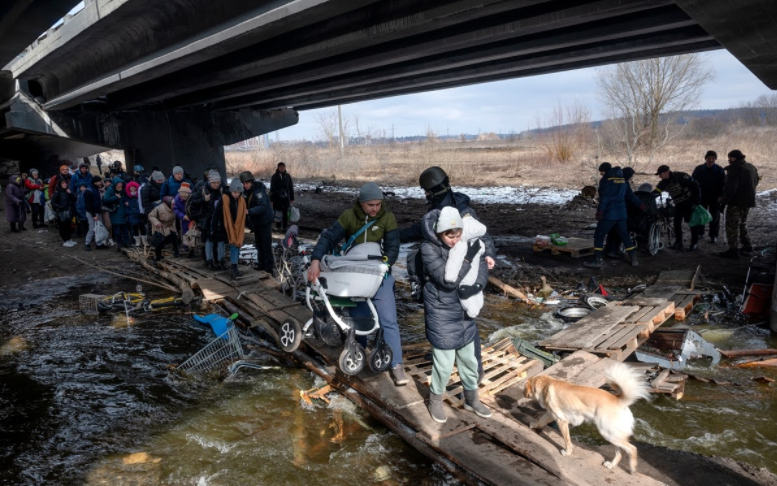 UNDP, with support from Sweden, is urgently assisting the government of #Ukraine to provide digital support services for refugees and displaced people, and to chart where assistance is going to be needed most. Photo courtesy: Twitter/@UNDPUkraine

After the attack, the occupiers forced the remnants of the column to turn back to Peremoha and are not letting them out of the village,” the intelligence service said in a statement, adding that the total number of wounded was unknown, south china morning post reported.

“Russians shot a column of women and children while trying to evacuate from the village of Peremoha in the Kyiv region along an agreed ‘green’ corridor. Seven people died, including one child,” it said.

Russia has denied targeting civilians since the start of the invasion on February 24 and has blamed Ukraine for repeated stumbles in efforts to evacuate people from the worst-hit areas, including the southern port city of Mariupol.

The Russian bombardment, which Moscow calls a special operation, has trapped thousands of people in besieged cities and sent 2.5 million Ukrainians fleeing to neighbouring countries.

Refugees from Ukraine can use international long-distance trains to travel from Poland, Austria and the Czech Republic to Germany without a ticket.