Rohit Sharma, freshly anointed ODI cricketer of the year,  who surpassed Hashim Amla and Sachin Tendulkar's record of 7K runs - as ODI opener in a record low 137 innings- has given a big boost to Chetan Suryawanshi’s CricKingdom.

Rohit announced his brand ambassadorship with CricKingdom last year and his brother Vishal Sharma was in Singapore to take the association to the next level. CricKingdom has gone “exclusive” with Rohit Sharma's New Age Cricket Academy,  moving away from MS Dhoni’s cricket academy.

In a pitchside-chat with Connected to India, Vishal Sharma, said  “Cricket is life for Rohit. He is very invested and will be as personally involved in the academy as his cricketing schedule permits.”

One can see the involvement and thought, which has gone into the curriculum, as Vishal Sharma shows Connected to India, the player’s handbook, which tracks each player’s progress by capturing scores, matches played, nutrition and fitness and maintains this graph over time. 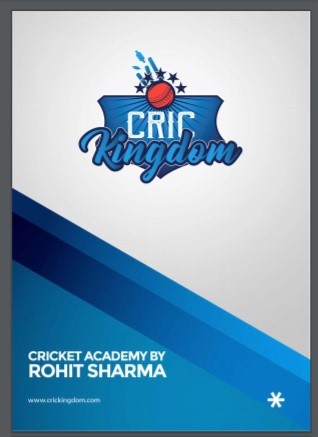 'It's all about cricket' says the handbook which states the mission, vision, game plan and envisions pathways for players, through statistics captured throughout their learning journey at the academy. Photo Courtesy: CricKingdom

Ex-Indian national team player Dhawal Kulkarni has assumed the role of mentor and coach in CricKingdom Singapore. Vishal will lead the business development of the academy along with Chetan.

“I am happy to add that Sanjay Bangar, Marvan Atrapattu and Rangana Herath will be joining CricKingdom in the coming months. You can imagine the considerable value their contributions will add to batting and bowling to our academy’s players”, Vishal said.

CricKingdom with operational academies in Singapore, Mumbai, Pune, Chennai, Hubli, Vellore, Qatar and Hong Kong (in the pipeline) has global ambitions. “A big announcement can be expected on Rohit’s birthday, April 30,” Chetan Suryawanshi, founder and CEO, CricKingdom and ex-Captain of the Singapore national side informed Connected to India. 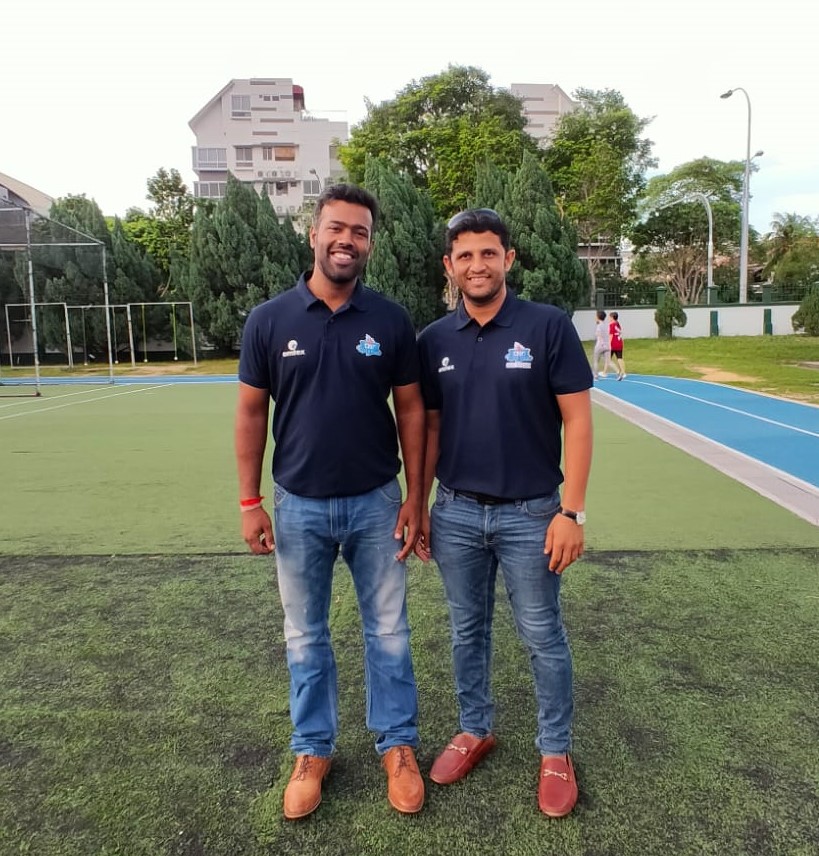 “Rohit got a good level of coaching only when he played for Mumbai and later when he played for India, which is why he wants to start them early, at a young age”, Chetan  shared. “Rohit also experienced, first hand, the trend of fellow players maturing late with many starting to learn the basics only after they were thrown in the deep end of higher level cricket”, he added.

It is to remedy these shortcomings that the academy in consultation with Rohit has put together training plans, which will focus on some very important points:

“Most of the curriculum is crafted after discussions with Rohit,” Chetan said. Followed by Rohit’s academies all over the world, it has theory lessons, practical training as well as personal inputs from him.

One personal input from him, for example, is a set of multiple-choice questions for advanced students. “We get the students to choose an option that best represents their reaction to a stressful scenario on the ground, which is a given when playing competitive cricket”, Vishal shared. 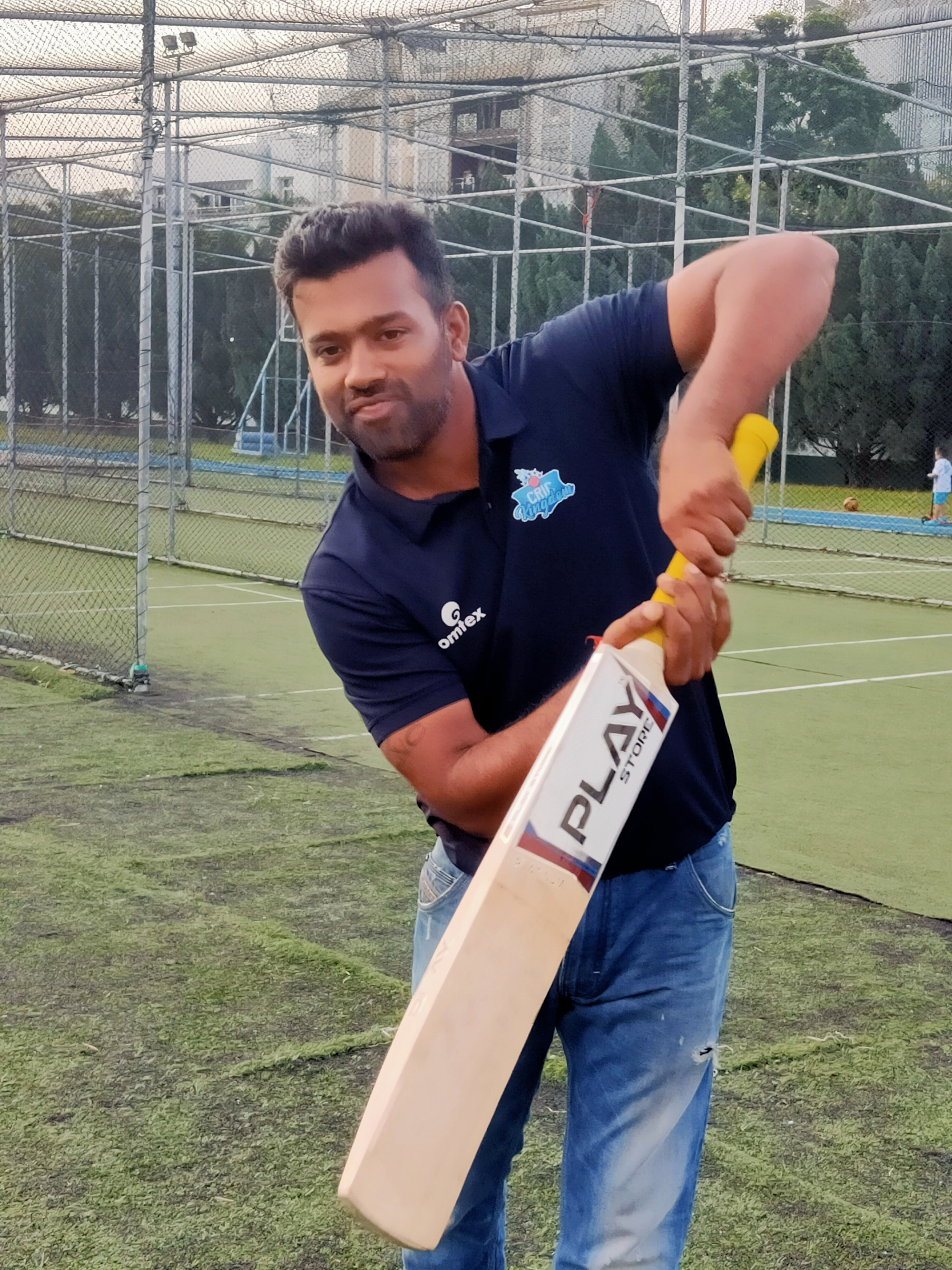 Vishal Sharma, himself a cricketer will be taking care of the academy's business development and giving a personal touch to CricKingdom with his presence in Singapore. Photo:Connected to India

CricKingdom by Rohit Sharma will be imparting training and certification to retired national and international players to help them to ease into a second career as coaches while giving budding cricketers a chance to learn from professionals.

Pointing out this win-win strategy, Chetan says, “In many academies, coaching is imparted by parent-volunteers who may not have the necessary exposure to the game and who could also be biased. Prem Ahire, the director of coaching for Singapore, as well as the academy’s coaches all over the world, are certified coaches and experienced players at the national or international level”.

A boost to Singapore cricket

Speaking of the academy’s exchange programme Chetan said, “The residential programmes can host up to 70 students at a time in India”. They train, play competitive matches and most importantly it gives outstanding players a priceless opportunity to be talent scouted or even spotted by selectors.

When asked if there is room for big-name academies in Singapore, Chetan responded that “There is, if you have good coaches and a good curriculum. I have seen an excitement, not just among Indians but also among Chinese and Malay students. Even they recognise star players when they see them in Singapore”, he noted. 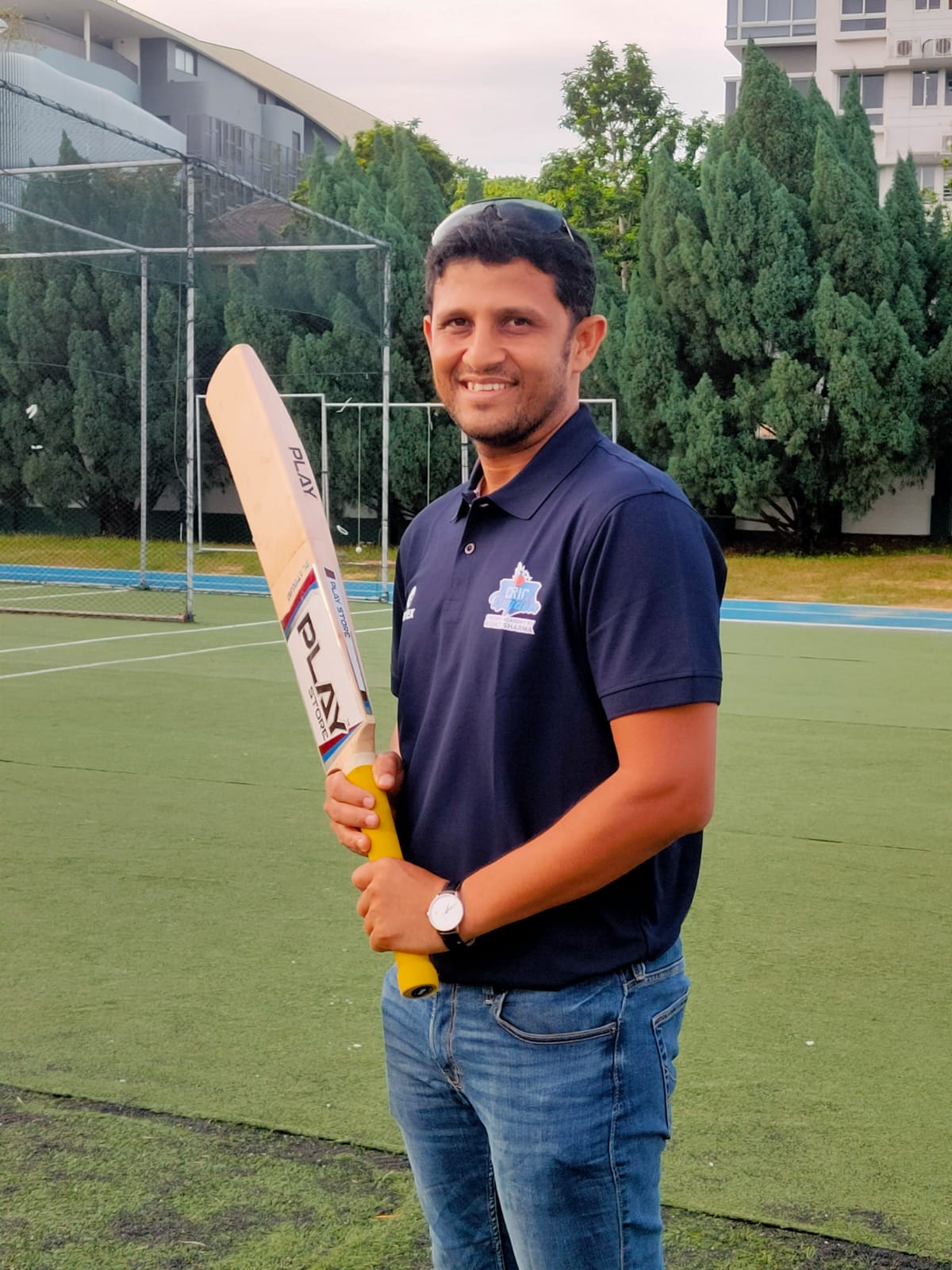 Chetan Suryawanshi has led Singapore's National Cricket team and seen the island nation rise from a ranking which was in 90's to the current ranking in the 20's . Photo: Connected to India

To kick start cricket coaching at the grassroots level in multi-racial Singapore, CricKingdom is in talks with secondary schools such as Unity and Broadrick under the Ministry of Education (MOE), Singapore.

Sivalingam, co-ordinator for cricket for MOE, was at the St Patrick’s school grounds at the time of the interview and had this to say about Singapore’s cricketing history, “In the  ’80s and ’90s Singapore Armed Forces (SAF) had a cricket team and national cricket players were put under the same squadron.” This is how male Singapore citizens and permanent residents who serve a period of compulsory uniformed ‘National Service’ kept in touch with the game.

That being no longer practiced, the academy is tackling the challenge of training and retaining students undergoing National Service, by encouraging them to come and play cricket for free at the academy when they are off on weekends.

Cricket is a growing sport in Singapore and it has been observed that a fair share is pursuing it professionally, even while holding a full -time job. The academy also trains these passionate working adults, who wish to take their game to the next level.

Is CricKingdom’s formula of affordable fees, professional training, low coach to student ratio, periodic monitoring, and regular assessments - all set in a pre-planned annual academic calendar - a perfect formula for success in structure-loving Singapore? Only time will tell.