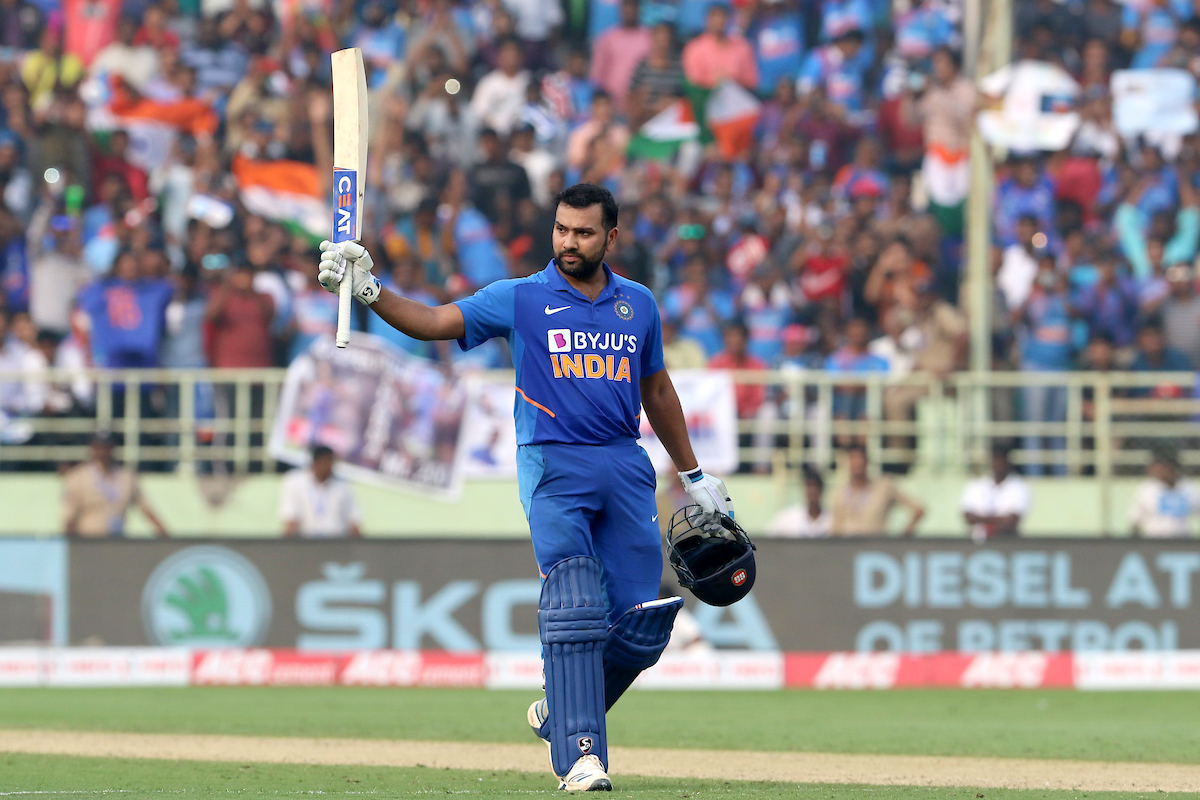 Indian opener Rohit Sharma was named 2019’s ODI cricketer of the year by the ICC on Wednesday while skipper Virat Kohli was given the Spirit of Cricket Award.

Your 2019 ODI Cricketer of the Year is Rohit Sharma.#ICCAwards pic.twitter.com/JYAxBhJcNn

Sharma had a fantastic 2019, scoring 7 centuries, including 5 at the ICC World Cup. Incidentally, the Hitman has also teamed up CricKingdom to start a brand new coaching academy, to be run by ex-Singapore cricket captain Chetan Suryavanshi and Rohit’s brother Vishal, in the island nation.

The ICC ODI Cricketer of the Year award goes to none other than the HITMAN for his stupendous show with 5 centuries in the ICC Cricket World Cup and 7 ODI centuries in 2019. pic.twitter.com/xCCUYozQRw

Meanwhile, skipper Virat Kohli, who had won the Player of the Year, Test Player of the Year and ODI Player of the Year for 2018, bagged the Spirit of Cricket Award for his gesture during the ICC World Cup, asking the crowd to cheer for captain Steve Smith during India’s match against Australia when fans had been booing him at the boundary.

Who remembers this gesture from Virat Kohli during #CWC19?

The Indian captain is the winner of the 2019 Spirit of Cricket Award 🙌 #ICCAwards pic.twitter.com/Z4rVSH8X7x

Hero of the World Cup final, England’s Ben Stokes received the Sir Garfield Sobers Trophy for the world player of the year.

A World Cup winner and scorer of one of the greatest Test innings of all time, Ben Stokes is the winner of the Sir Garfield Sobers Trophy for the world player of the year.#ICCAwards pic.twitter.com/5stP1fqSAP

With 1104 runs in 11 matches in 2019, Australia's Marnus Labuschagne was named men's emerging cricketer of the year.

India's Deepak Chahar got the T20I Performance of the Year award for his six for seven against Bangladesh in November, which included a hat-trick.

Deepak Chahar's 6/7 against Bangladesh in November are the best figures in the history of men's T20I cricket.

That spell is the T20I Performance of the Year.#ICCAwards pic.twitter.com/QJoXY3OuyQ

“The awards celebrate the world’s best cricketers and this has undoubtedly been an extraordinary year for men’s cricket. The highlight of course was the ICC Men’s Cricket World Cup 2019 that ended in such dramatic fashion. Ben Stokes was, of course in the midst of all the action during the event from that quite incredible catch at the Oval right through to that epic final at Lord’s and is a very deserving winner of the Sir Garfield Sobers Trophy,” said ICC Chief Executive Manu Sawhney.

2019 Umpire of the Year: Richard Illingworth

ICC Test Team of the Year:

ICC ODI Team of the Year: