Even as the news broke that Indian billionaire Gautam Adani is trying to acquire a majority stake in New Delhi Television (NDTV), a credit report claimed that his ports-to-power conglomerate is “deeply overleveraged”. 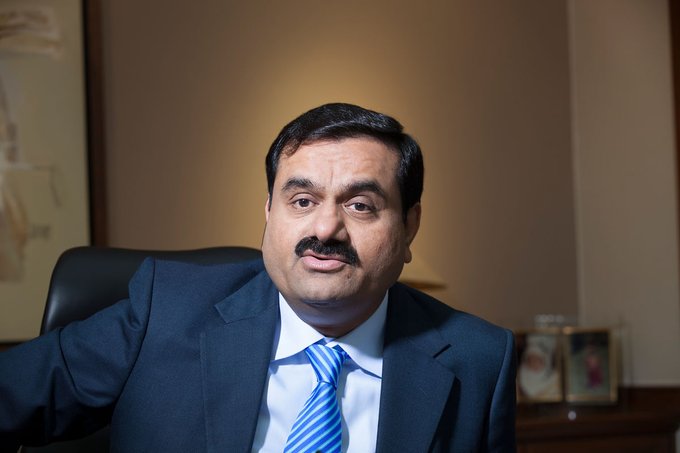 The report comes after a big few years for Adani, who’s been on a rapid diversification spree. Photo courtesy: Twitter/@ANI

CreditSights, a Fitch Group unit, said in its report that the group investing aggressively across existing as well as new businesses, predominantly funded with debt.

In the report titled ‘Adani Group: Deeply Overleveraged’, Fitch has said that most of its expansion appetite is debt funded across existing and new businesses. “In the worst-case scenario, overly ambitious debt-funded growth plans could eventually spiral into a massive debt trap, and possibly culminate into a distressed situation or default of one or more group companies,” the report said.

It has, however, retained the ‘Market perform’ recommendations on the two Adani Group companies under their coverage Adani Green Energy and Adani Ports and SEZ.

According to media reports, the CreditSights report puts a spotlight on the multiple fault lines that may impede Adani’s ambitions and the stratospheric surge in the shares of his firms. CreditSights’ analysts, however, said they draw “comfort” from the group’s strong relationships with banks as well as the administration of Indian Prime Minister Narendra Modi.

CreditSights’ report comes after a big few years for Adani, who’s been on a rapid diversification spree, expanding an empire centered on ports and coal mining to include airports, data centers and cement as well as green energy. The group recently pledged to put USD 70 billion into renewable projects. These moves have not only boosted Adani’s stature in India but his fortune, with his net worth surging past USD 135 billion this year to take him to fourth place on the list of the world's richest men.

All the seven Adani group companies were hammered on the stock exchanges yesterday after the report sparked panic amongst investors.