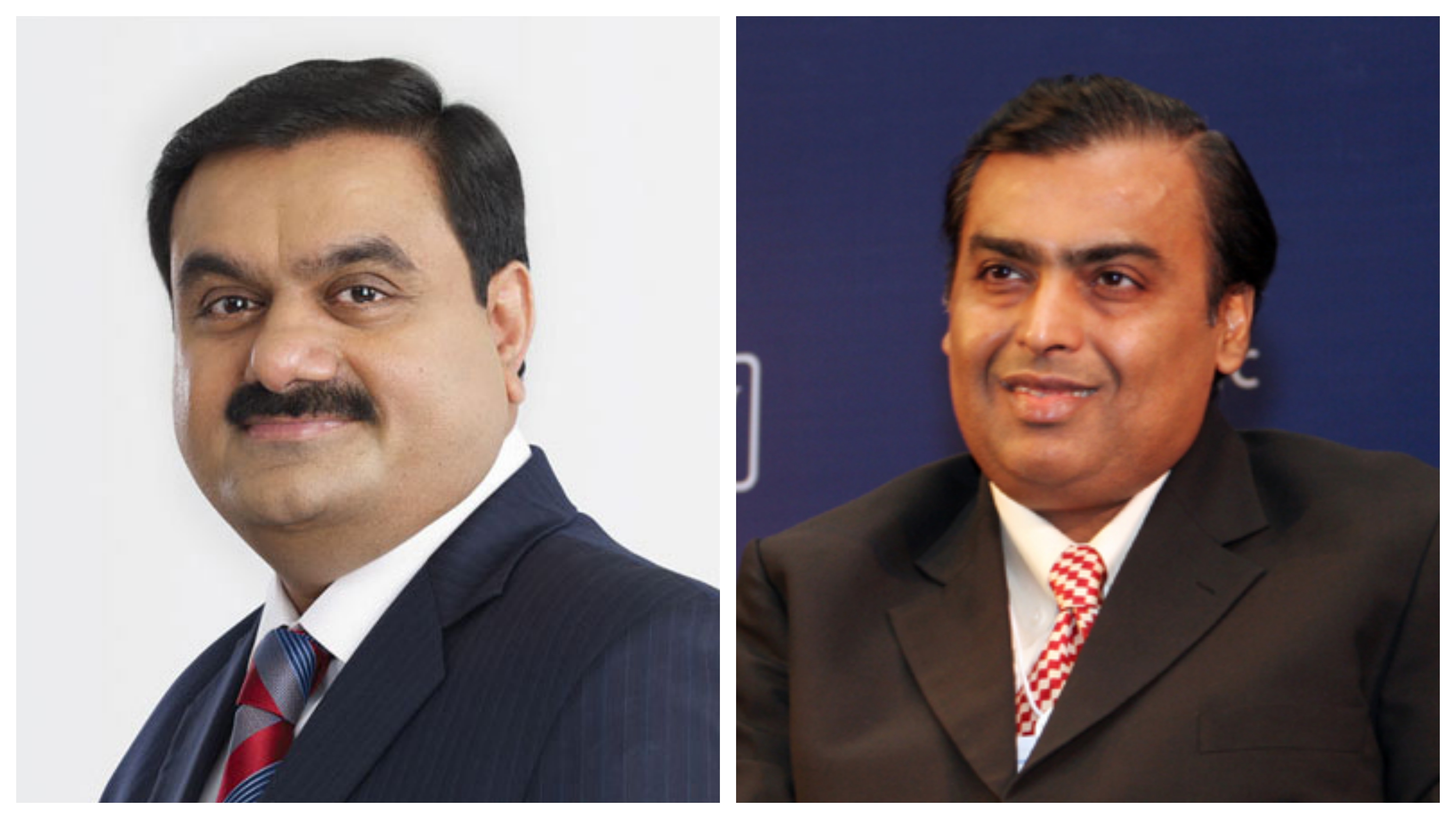 Both Indian billionaires - who have built their empires on fossil fuels or coal - are now pushing ahead with green energy projects. Photos courtesy: Wikimedia

The 59-year-old mogul's net worth reached USD 88.5 billion yesterday, according to the Bloomberg Billionaires Index, eclipsing fellow countryman Mukesh Ambani's USD 87.9 billion. With an almost USD 12 billion jump in his personal fortune, Adani is the world's biggest wealth-gainer this year.

Some of Adani Group's listed stocks have soared more than 600% in the past two years on bets his push into green energy and infrastructure will pay off as Modi looks to revive the USD 2.9 trillion economy and meet India's carbon net-zero target by 2070. MSCI Inc.'s decision to include more Adani companies in its Indian benchmark index has also meant any fund tracking the gauge will have to buy the shares.

Both Indian billionaires - who have built their empires on fossil fuels or coal - are now pushing ahead with green energy projects. Ambani has committed USD 10 billion over the next three years as part of a larger USD 76 billion spend plan in renewables. Adani has pledged to invest a total of USD 70 billion by 2030 to help his group become the world's largest renewable-energy producer.

Firms including Total SE and Warburg Pincus LLC have invested in Adani's companies in 2021. The French oil giant agreed in January 2021 to buy 20% of Adani Green Energy Ltd. and a 50% stake in the Indian partner's portfolio of operating solar assets, though at a steep discount. The deal value was just USD 2.5 billion, compared with Adani Green's market capitalisation of USD 20 billion at the time.