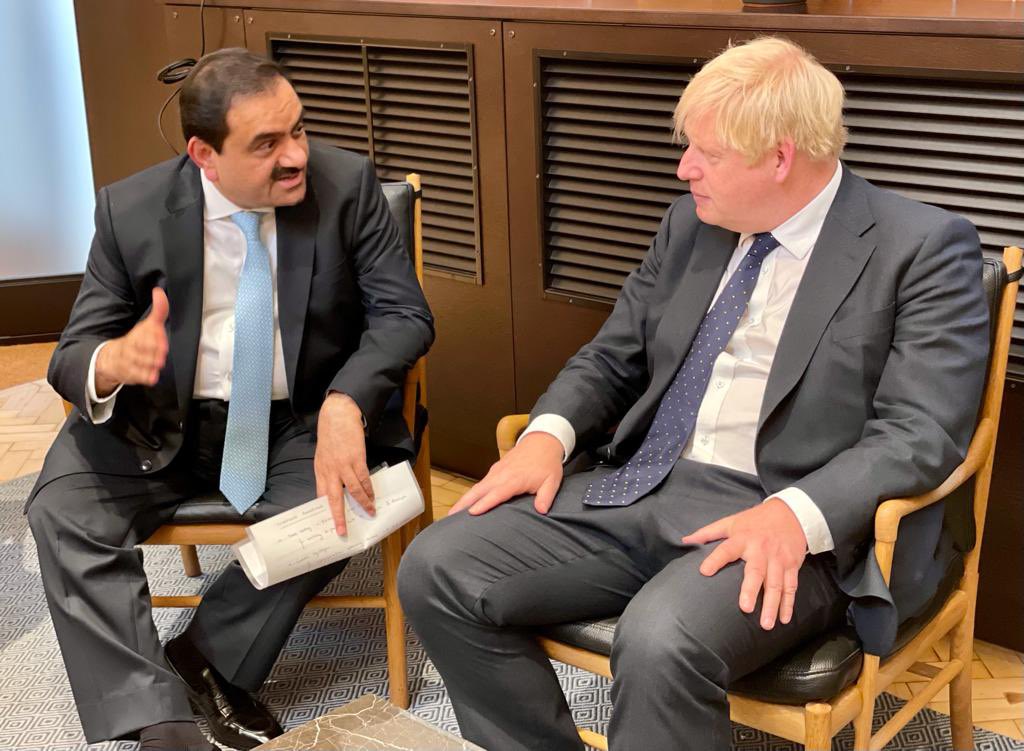 "Honoured to meet UK PM @BorisJohnson at the #GlobalInvestmentSummit. What a platform! Inspiring leadership in synchronizing global climate action. @AdaniOnline will commit $70bn to Energy Transition via Solar, Wind & H2. Thank you, UK Govt and @TradeGovUK, for the opportunity," Adani said in a tweet.

"Chairman @Gautam_Adani says the battle against climate change must be fought with equitable and pragmatic policies. Speaking on the sidelines of the UK Govt's Global Investment Summit in London, he called for setting practical goals and agendas to overcome the climate crisis," Adani Group said in a tweet earlier.