A trader from Pune has bought an Alphonso mangoes crate for INR 31,000 in an auction, which marked the most “expensive buy” in 50 years. 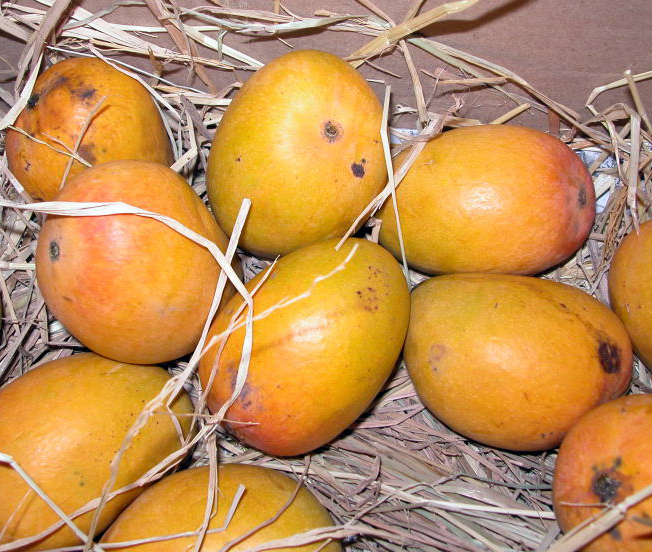 Alphonso, also known as hapus, is widely considered to be among the best and referred to as “the king of mangoes”. Photo courtesy: Wikimedia

Traders participated in an auction when the first lot of mangoes start arriving at the Agriculture Produce Marketing Committee (APMC) yard. As per the traders, the bidding is a significant practice as it decides the trajectory of trade over the next two months when the mango season officially begins.

In a YouTube video, a garland of flowers can be seen kept on the mango crates and people are praying before it, hoping for bumper trades this season.

“These are the first mangoes of the season. When the first lot comes to the market, they are auctioned in this way and traders try to get hold of them,” said the person who bought the crate. He added that landing the initial lot of mangoes is always good as it helps traders get a heads-up in the wholesale market.

Alphonso, also known as hapus, is widely considered to be among the best and referred to as “the king of mangoes”. In Maharashtra, the Alphonso production is mainly restricted to Konkan and Ratnagiri districts.