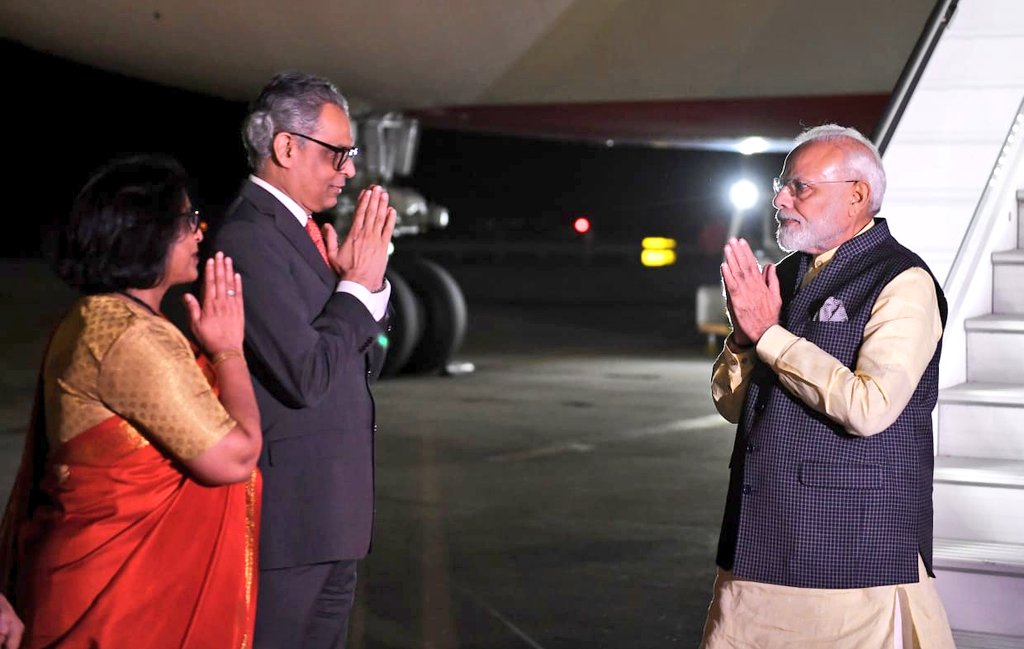 Narendra Modi arrives in New York for the second leg of his US visit. Photo courtesy: Twitter/@MEAIndia

Indian prime minister Narendra Modi arrived in New York for the second leg of his visit to the United States, following a rousing reception by the Indian diaspora at the ‘Howdy, Modi!’ event in Houston, Texas.

Modi will participate in the 74th Session of the United Nations General Assembly (UNGA) on September 27, before which he has a packed bilateral and multilateral agenda over the next five days. This includes nine key speeches at high-level summits and plurilateral engagements during the UN General Assembly session and on its sidelines.

PM @narendramodi arrives in #NYC for #UNGA74. PM will be participating in sessions on Climate Change, SDG, and universal health among others and will meet India’s various regional/multilateral partners. pic.twitter.com/JKxkxtiUNC

After this session, Modi will address the first-ever High-level Meeting on Universal Health Coverage, which will launch new efforts to provide access for all to affordable, inclusive and resilient health systems.

Also read: Packed schedule for Prime Minister Narendra Modi’s visit to the US

Later in the day, Modi will address the 'Leaders' Dialogue on Strategic Responses to Terrorist and Violent Extremist Narratives', organised by a group of countries, along with the UN Secretariat. The meeting will be led by King of Jordan Abdullah II, President of France Emmanuel Macron and Ardern.