Nepalese Prime Minister Sher Bahadur Deuba was welcomed by UP CM Yogi Adityanath during his visit to Varanasi. 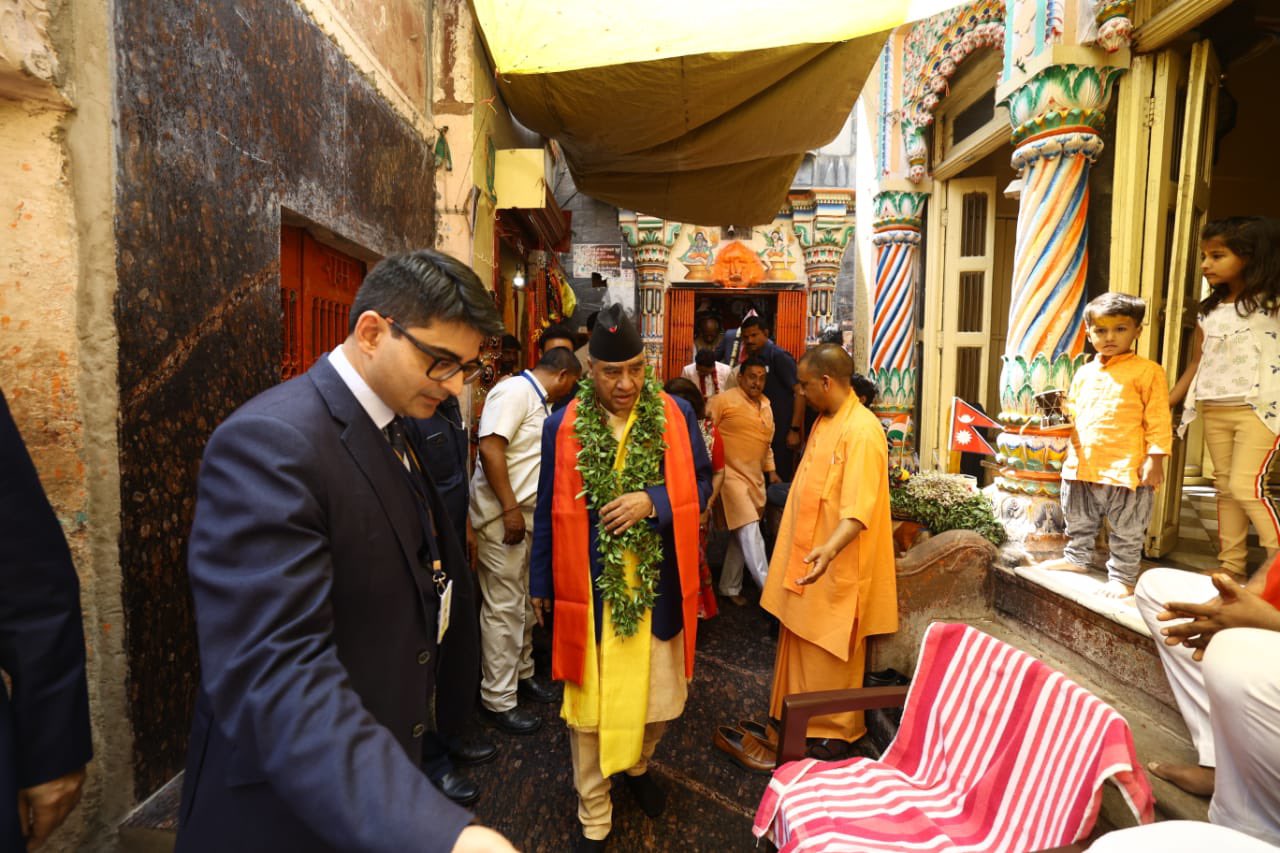 This is Deuba’s first bilateral visit abroad after becoming Prime Minister in July last year for a fifth time following a spell of political turmoil in Kathmandu. Photo courtesy: Twitter/@PM_nepal

Deuba, who came to India along with his wife Arzu Rana Deuba, visited several Varanasi shrines.

After his arrival, Deuba offered prayers at Kaal Bhairav temple in Varanasi. CM Yogi Adityanath was also present. Deuba is expected to visit the Kashi Vishwanath Corridor, a key developmental project inaugurated by the Uttar Pradesh government last year, which connects the Kashi Vishwanath temple and the ghats along the river Ganga, the Hindustan Times reported.

Tight security arrangements were made in the city for the Nepalese PM's visit. Hoardings with pictures of Sher Bahadur Deuba and Yogi Adityanath were also seen at the main intersections of Varanasi ahead of the visit.

Deuba met Prime Minister Narendra Modi and held delegation-level talks at Hyderabad House in New Delhi. The two leaders jointly launched multiple projects which are likely to boost connectivity between the two countries while they expressed hope that the key initiatives being taken by them would take India-Nepal relations to new heights.

This is Deuba’s first bilateral visit abroad after becoming Prime Minister in July last year for a fifth time following a spell of political turmoil in Kathmandu.