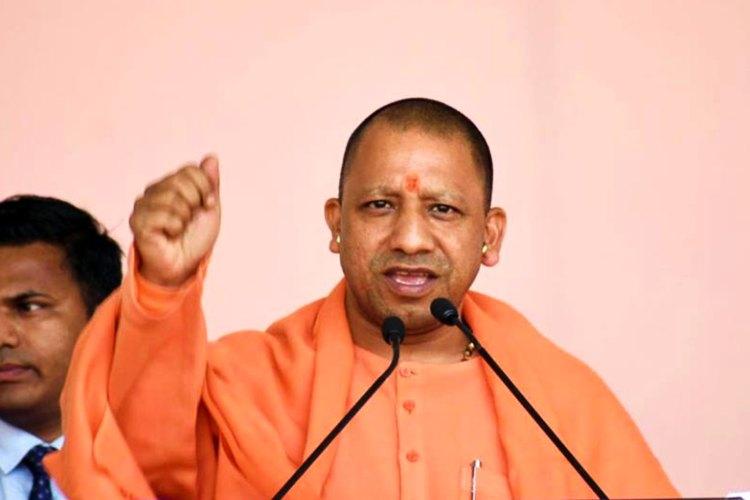 He said the portal would also prove to be helpful to overseas Indians and NRIs to get their problems with the local administration here or the state government resolved.Photo courtesy: PIB

The website will also provide a platform for NRIs keen to know about their roots or those seeking help from the UP government related to their homes or families in the state.

Speaking at the launch, Adityanath said that among other things, the portal would stop Indians from getting defrauded or end up being harassed abroad in the name of jobs.

“This portal would not only help in investment in UP but would also provide an opportunity for those who want to go abroad,” Adityanath said.

He said the portal would also prove to be helpful to overseas Indians and NRIs to get their problems with the local administration here or the state government resolved.

“There are many who are living abroad but are in constant touch with their village and family. But because they are abroad, they could not find a platform to help their families resolve their local problems – problems related to their house, issues with local administration. This portal would provide that platform as well,” the CM added.

Citing last year’s Maha Kumbh in Prayagraj, the CM said the portal would also help in promoting tourism in the way Kumbh was publicised. “Branding of events would help in not only changing perception about Uttar Pradesh but also help promote events like Deepotsava in Ayodhya, Dev Deepawali in Varanasi, Holi in Barsana,” he added.

“Uttar Pradesh has many NRIs. Though it includes a large section of the labour force in the Middle East but there are also a large number living in different parts of the world and all wish to contribute in their own way to the state,” NRI Department Minister Sidharth Nath Singh Singh said.

He said that during his recent interaction with ambassadors of different countries, some of them like France, Japan, South Korea suggested that there should be tourism packages as per the interest of the people of their country.