Israel’s Prime Minister Benjamin Netanyahu will be hoping to leverage his relationship with world leaders to secure his seat in office. His campaign for the snap election in Israel, following a failed effort at forming a governing coalition, features large, multi-story banners showing Netanyahu with Indian Prime Minister Narendra Modi, US President Donald Trump and Russian President Vladimir Putin on three sides of the Likud party headquarters in Tel-Aviv. 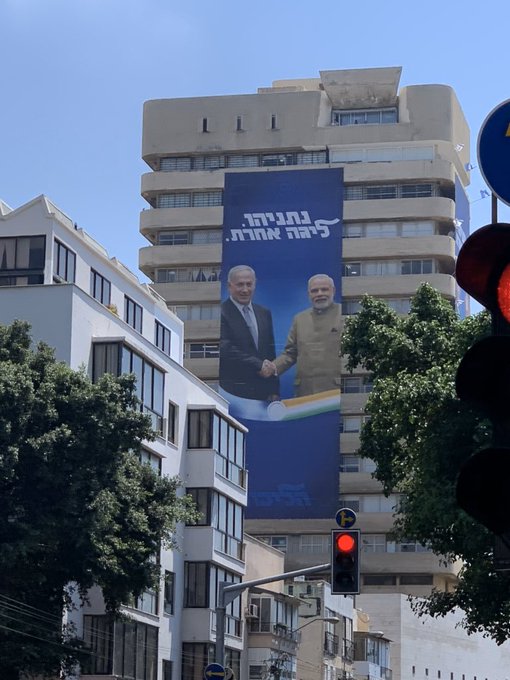 Netanyahu also shared a video on Twitter depicting his many moments of camaraderie with the three leaders, including his famous beach stroll with Modi in 2017.

Netanyahu's public affirmation of Modi will also go down well with the 85,000 Indian-origin Jews who hold Israeli passports and live in the country.

He was the first world leader to congratulate Modi after the BJP's general election victory earlier this year. Their relationship had geopolitical payoffs, with India joining Israel in June to vote against the inclusion of a Palestinian NGO, Shahed, at the United Nations Economic and Social Council (ECOSOC).

Netanyahu has become the first prime minister-designate in Israel's history to be unable to form a government. 120 members of the Israeli Parliament, Knesset, will be elected on September 17, 2019.