Great captains lead great cricket teams. The best innings setters know the necessary adjustments and capitalise on slight advantages to take the game by its horns. At times, this may mean making changes on the fly during gameplay, such as changing one's batting order or moving players into and out of certain positions based on player skill or which ball is currently being delivered by the opposing team. Another helpful tool for captains is knowing which of their teammates have experience and talent, setting up partnerships with other players and knowing which teammates excel as lone run producers. 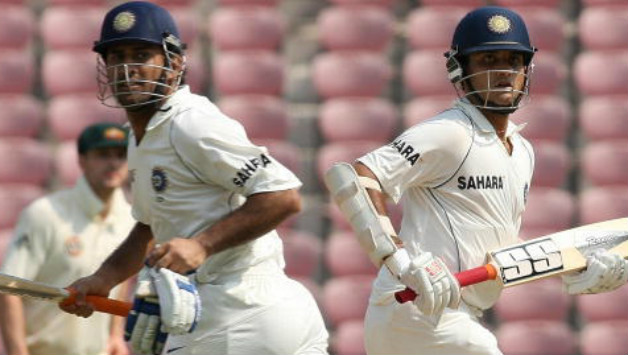 The captains mentioned below are some of the best roaring lions of the field, who have led their teams to victory. Photo courtesy: BCCI

A batting lineup composed of these styles provides flexibility in dealing with both spinning and fast bowling approaches. In the long history of cricket, some truly remarkable captains have stepped up to the plate and made a huge difference when it mattered most. Whether you watch cricket matches on your TV or play fantasy cricket online, you must know about some of the best captains in the world. Here is a list.

Sourav Ganguly - Dada of the Field

'Dada' is the affectionate nickname of Indian cricket captain Sourav Ganguly as he is profoundly known for his "Dadagiri" on the field. He is considered a national hero, not only because he was a great cricketer but also due to his role in leading the national team away from the shadow of match-fixing and back into international prominence by creating a core group of players. His dynamic partnership with Sachin Tendulkar, Rahul Dravid and VVS Laxman laid the foundations for one of India's greatest modern cricketing achievements: winning the 2011 ODI World Cup.

People know him for the exciting wave of his shirt at the Lord’s stadium in 2002. India started winning overseas contests again due to this well thought out process that helped them win trophies against formidable teams like Australia! What started as nothing more than an experiment - soon turned into something magical.

Ricky Ponting led the Australian cricket team to two world cup victories in 2003 and 2007. Under his captaincy, they were undefeated in both years. The only team that beat them was England when Ponting himself didn't play. Ponting will be remembered as a legendary cricketer who gave everything he had for his team and will especially be cherished by his home country of Australia. Ponting is known for a glorious performance as both a star batsman and an eminent bowler. With a staggering scoring rate of 58.72, Ponting is known for his impeccable performance throughout his career.

As the captain of Team India, Dhoni has successfully won world titles. His uncanny ability to trust his intuition and make unorthodox decisions - such as changing his bowling lineup or selecting a new batsman, has brought him a lot of success.

MS Dhoni has come a long way since starting as a wicketkeeper-batsman in the Indian cricket team. He is now recognised as one of the best captains and finishers of the game. His style, skills and efforts on the field have led to him being nicknamed 'Captain Cool'. If you caught just about any of his captaincy reigns, you were sure to see that his teammates believed thoroughly in him. Under his captaincy, India made it to the number 1 spot on ICC Test rankings in 2009-10.

Eoin Morgan, one of the most prolific batsmen in England, has been redefining white-ball cricket for the team by focusing on shorter games. However, this is not the only change being made by Eoin Morgan when it comes to playing games with a ball that doesn't bounce as much or offer as much traction on a softer surface. This English cricketer is imparting some new strategies to players on his team regarding simplification - strategies they must use to achieve success with less complexity and greater efficiency.

Imran Khan was a champion cricketer who is now the Prime Minister of Pakistan. But before entering politics, he led his team to win the 1992 Cricket World Cup. One of his main strengths is how he allows ideas from all possible sources to be considered and finds a way to make things more efficient for everyone involved. Many may even argue that Pakistan's recent victory in the 2007 Cricket World Cup was because Imran influenced this team - so it stands to reason why he became a politician.

The era of strong Australian cricket dominance in the 1990s rose when Steve Waugh was its captain. He started dominating the game by making hundreds and taking wickets which earned him his nickname of 'Run Machine'. It wasn't just about his prolific batting average. It was also about how he could shoulder the pressure under extreme situations. The best quality about Waugh's last match in cricket was that he set an example for upcoming players by not resting on past achievements.