Should English cricketer Ollie Robinson be rehabilitated or punished for discriminatory tweets he put out as a teenager?

England fast bowler Ollie Robinson has become the latest subject of the campaign against discrimination that has been sweeping across the world in recent years. 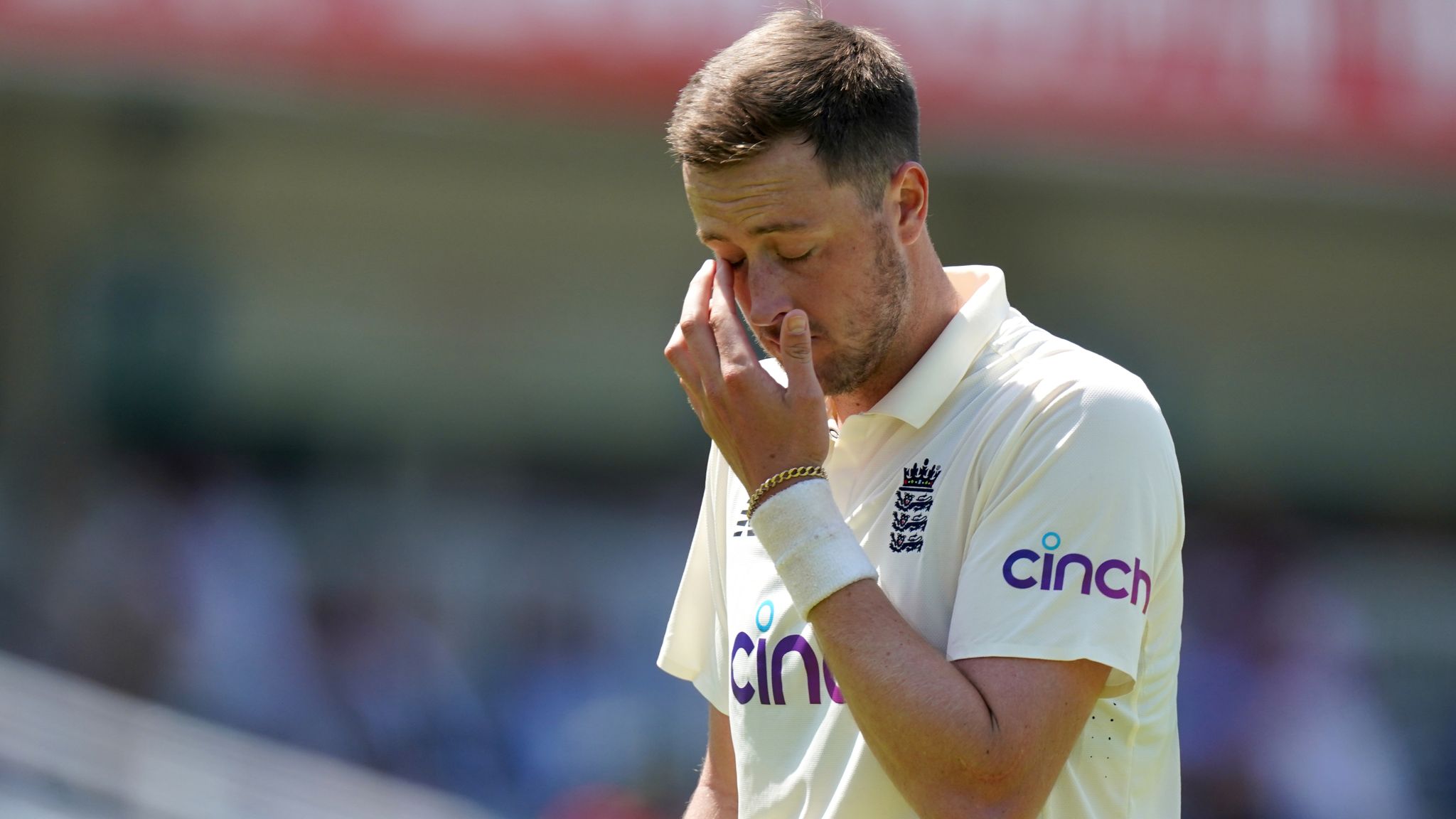 Robinson’s punishment might show the ECB’s zero-tolerance policy against hate speech or it might be that the unfortunate timing has caused them to impose a harsher sentence than normal. Photo courtesy: Twitter/@OutragedMary

He was suspended from international cricket pending an investigation into discriminatory tweets he posted as a teenager in 2012-13.

The tweets, which we will not reproduce in any form, were undoubtedly racist and sexist in nature. To compound the embarrassment, they were made public on a day when both teams lined up before play for a 'Moment of Unity' designed to show their opposition to discrimination, with England wearing T-shirts stating 'Cricket is a game for everyone'. It was almost inevitable that the England Cricket Board’s hammer would come down hard on Robinson despite him issuing a tearful apology.

On the face of it, Robinson’s punishment might show the ECB’s zero-tolerance policy against hate speech or it might be that the unfortunate timing has caused them to impose a harsher sentence than normal. There are three aspects of this complex situation that we feel must be considered in the present climate.

First, the calls from the British government which called on England’s cricket authorities to reconsider the suspension can be seen as trying to de-escalate the row.

“Ollie Robinson’s tweets were offensive and wrong,” UK Culture Secretary Oliver Dowden said on Twitter. “They are also a decade old and written by a teenager. The teenager is now a man and has rightly apologised. The ECB has gone over the top by suspending him and should think again.”

They are also a decade old and written by a teenager. The teenager is now a man and has rightly apologised. The ECB has gone over the top by suspending him and should think again.

There is no doubt that Robinson deserves punishment and harsh criticism for his intolerant posts, but the question of whether he is to be sacrificed as a deterrent to others or truly rehabilitated remains. For those who feel he should be used as a whipping boy, it can be argued that others have gotten away with even worse.

Looking back at the aftermath of similar incidents, Hardik Pandya was again chosen for the India squad after he and KL Rahul were suspended for their cringeworthy, misogynistic statements on a talk show and the fallout from Chris Gayle’s predatory comments towards an Australian woman reporter proved no more than a speed bump in his long career.

It can also be argued that Gayle, Pandya and Rahul were adult professionals at the time of their indiscretions and speaking in public interviews, not youngsters tweeting during their teenage years, and thus had less of a defence.

The second aspect of the UK minister’s plea addresses the recent trend of digging up past remarks made by public figures and judging them by today’s standards and the inconsistency of society’s reactions to these revelations. How is it that a man can become President of the United States despite a tape of him practically admitting to sexual assault being made public, yet tweets written by an 18-year-old have drawn much harsher reactions and punishment. The contrast highlights the remarkable inconsistency in tolerating discrimination in different cases.

Thirdly, we must consider the point made by Indian spinner Ravichandran Ashwin, who tweeted that Robinson’s “suspension is a strong indication of what the future holds in this social media Gen”. In the age of social media, public figures have to be careful what they post as well as what they say and there is no dearth of critics who will dig deep to find any chink in their public armour, weaponising what is a novel and innovative tool of communication as a result.

As such, the lesson that Robinson’s plight has taught us is this: Be careful of what you tweet, and pray no one goes trawling through your past.