Indian-American teen Harini Logan has emerged as the champion of the 2022 Scripps National Spelling Bee and is over the moon, as are her family and friends. 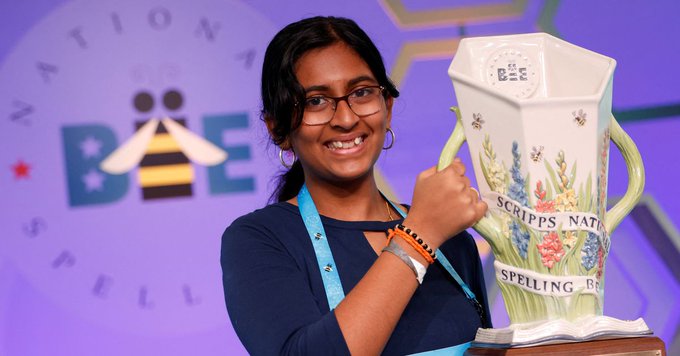 The competition lasted nearly 20 rounds and culminated in a lightning round that pitted the top two finalists in a showdown. Photo courtesy: Facebook

The Grade 8 student from San Antonio, Texas won the 94th annual Scripps National Spelling Bee by spelling more words correctly in a spell-off, the Bee's first since its inception in 1925. Harini managed to spell through more words than more than 230 other competitors at the national level, including 12 other finalists.

“I’ve been working towards the bee for almost six to seven years. Since I was in first or second grade,” Logan said, adding that the support from her community and her loved ones is what helped her get there.

“I believe it takes a village to raise a champion. Here’s my village,” Logan said. Her parents are from Chennai in India and she has a younger brother.

The competition lasted nearly 20 rounds and culminated in a lightning round that pitted the top two finalists in a showdown in which they attempted to correctly spell as many words as possible within 90 seconds.

Logan beat Vikram Raju, another Indian origin student, who studies in Grade 7 in Denver. While Logan spelled 21 words correctly, her opponent could only manage 15, leading to her win. 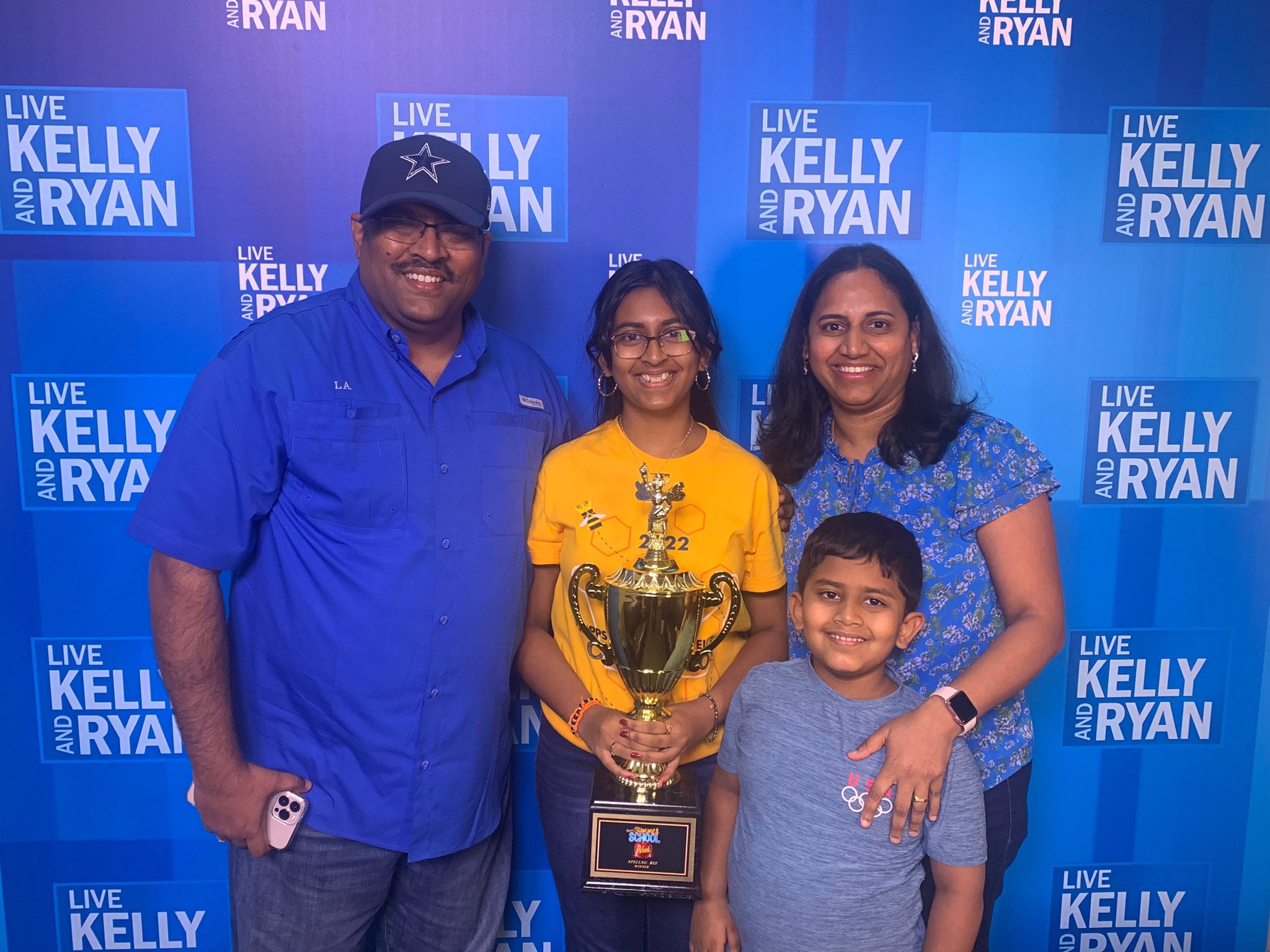 Harini's parents are from Chennai in India and she has a younger brother. Photo courtesy: Twitter/@ScrippsBee

The Spelling Bee had its tense moments when both the competitors failed to correctly spell two words in a row between Rounds 13 and 18. This prompted the judges to choose the spell-off to decide the winner.

The 14-year-old was almost eliminated in the finals. But the judges later decided that the definition she had given for the word pullulation was acceptable.

Harini said she was shocked by the news and did her best to remain calm during the rest of the competition. She said her winning strategy was a combination of keeping a cool head, blocking out the cameras and people and focusing on the ultimate goal.

“Spelling is something that sticks with you for life. Once you get into this journey, there’s a dedication you develop along with a work ethic. There’s also an added skill of networking for the bee,” Harini added. 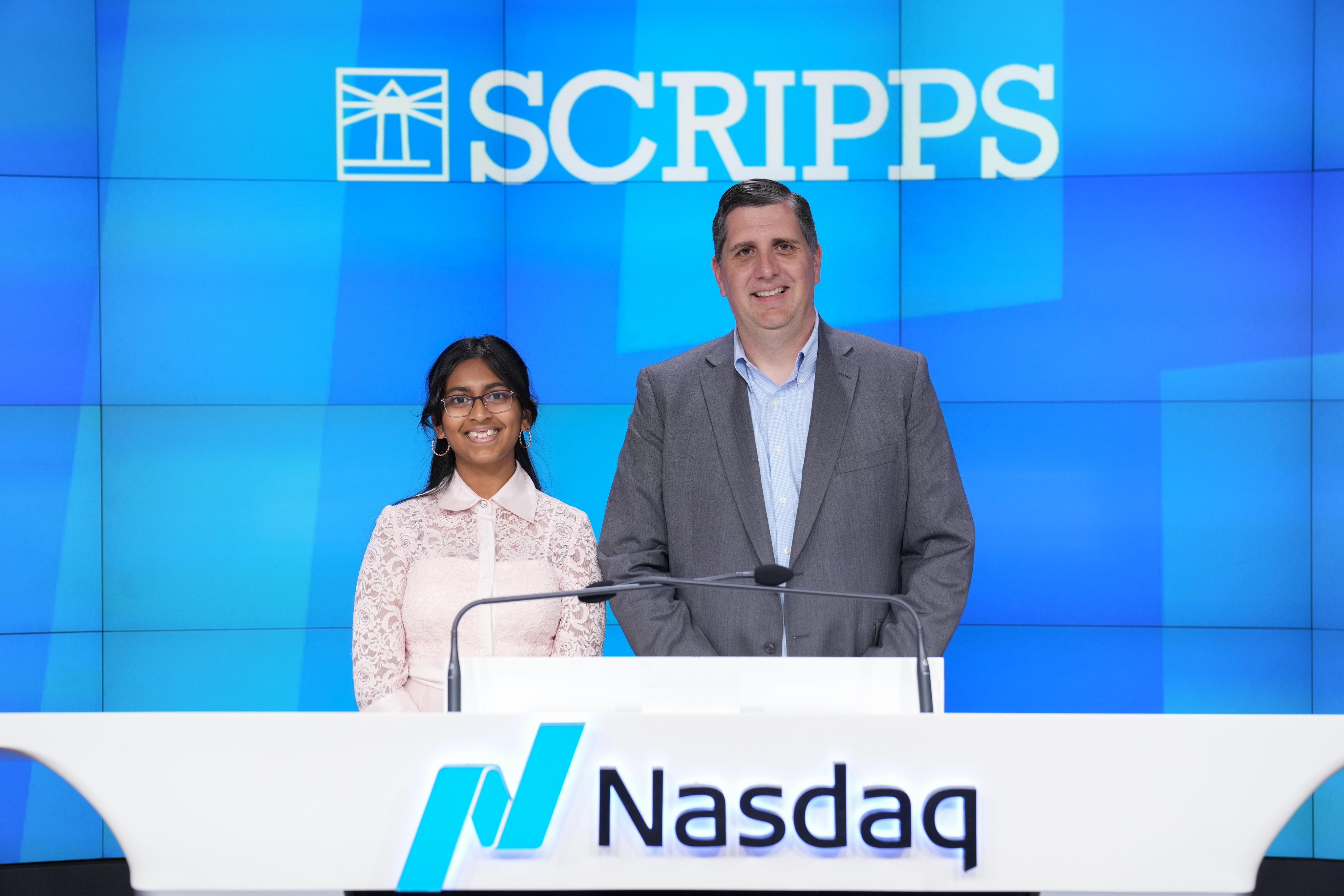 After winning the Bee, Harini appeared on various talk shows and was present for the Closing Bell of the NASDAQ Exchange. Photo courtesy: Twitter/@NasdaqExchange

This was the fourth and final appearance for Logan in the Bee, and she called the victory "surreal". The National Bee is a high-profile, high-pressure endurance test as much as a spelling match and spellers spend months preparing for it.

After winning the Bee, Harini appeared on various talk shows and was present for the Closing Bell of the NASDAQ Exchange.

On the US talk show 'Live with Kelly and Ryan', Harini said that she plans to save the majority of the USD 50,000 award for college but also interested in investing in the stock market and give some back to the community to advocate for literacy.

Indian-Americans have always done well in the spelling competition; however, last year the streak was broken after 14-year-old Zaila Avantgarde became the first-ever African-American contestant to win the Bee.

The Bee was cancelled in 2020 due to the coronavirus pandemic. But there were eight co-champions in 2019, seven of whom were Indian-Americans.