The expectation of a good scare was in the title itself of the Netflix India Original - Ghost Stories. However, even the coming together of four acclaimed Bollywood filmmakers in what is their third in a series of anthologies was not enough to elicit a single scream, leave alone ducking under the covers in fright. 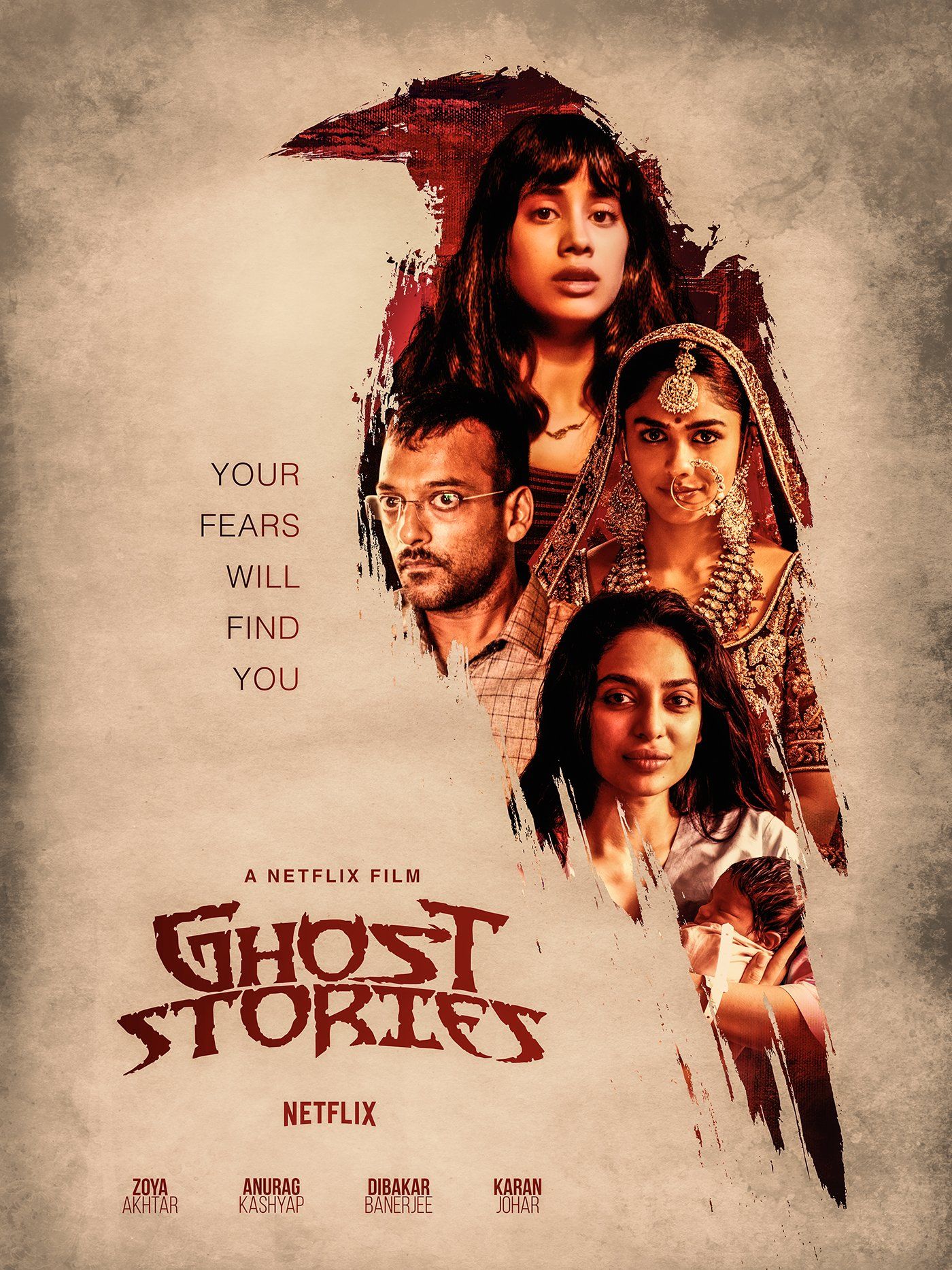 The first and the last stories do have entities that go bumping and dragging in the night.  The second is more of a psychological thriller and the third, when seen from a political perspective, seems tame compared to the man-eat-man world out there.

Despite some good acting (Janhvi Kapoor especially stands out) and technical brilliance, Ghost Stories proves that Hindi cinema is still at a very nascent stage when it comes to the horror genre.

'Nurse', directed by Zoya, starts with Sameera (Janhvi) a pretty nurse who comes to take care of a bed-ridden old woman (Surekha Sikri) during the Mumbai monsoon season, while battling her own emotional affair with a married man. 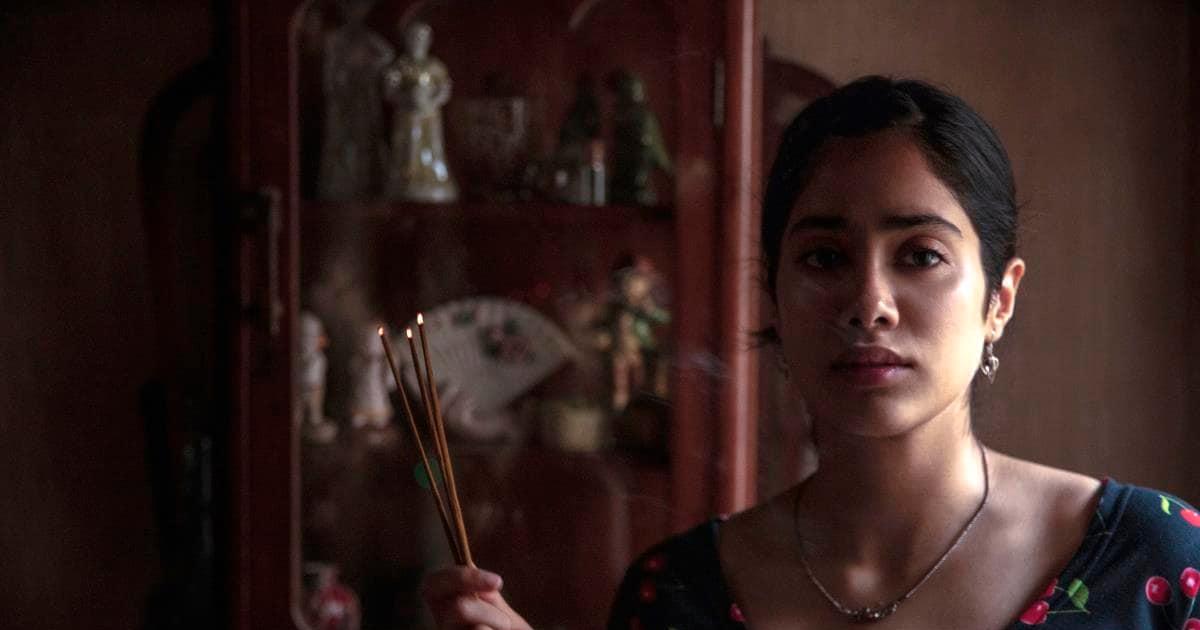 Surekha Sikri, Janhvi, the retro Mumbai apartment with its long corridors, the attempt at Mumbaiyya Hindi and the cinematography are the positives of the Zoya Akhtar story. Photo Courtesy: Netflix Twitter

'Bird', directed by Anurag Kashyap, is a sepia toned (almost black and white) movie, based on the human psyche and maternal love - both the seeker’s, and the giver’s. An obsessively worried pregnant woman and a needy motherless boy who is her sister’s son are the main characters of this story.

Sobhita Dhulipala (in awkwardly draped sarees) seems at odds in this one. At once paranoid about her pregnancy, yet having no qualms about unfolding creaky steps and climbing into a crumbling attic. Once again the acting, the house and the camera work are the positives but the story, like the attic in the movie, leaves a big void. 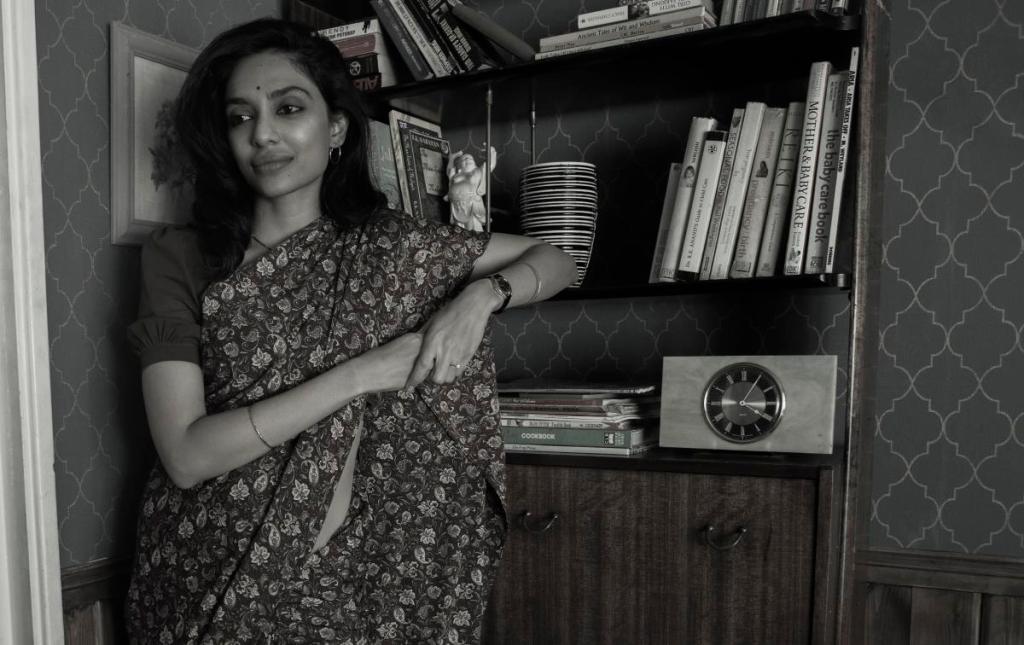 The acting, the house and the camera work are the positives in the Anurag Kashyap movie. Photo Courtesy: Netflix Twitter

'Monster' by Dibakar Banerjee starts off reminiscent of ‘A Quiet Place’ before morphing into zombie zone. It seemed the longest of the four, perhaps because of the slow build up and the long pauses. The small town versus big town story can be interpreted in multiple ways and could be fodder for a lot of post movie discussions.

It starts with a man (Sukant Goel) walking into a small town, Bees-ghara to find it empty except for a young boy and a girl who have nowhere to run.  They tell him a tale of man-eating cannibals from the big town who have eaten all the villagers and scare him into hiding with them. 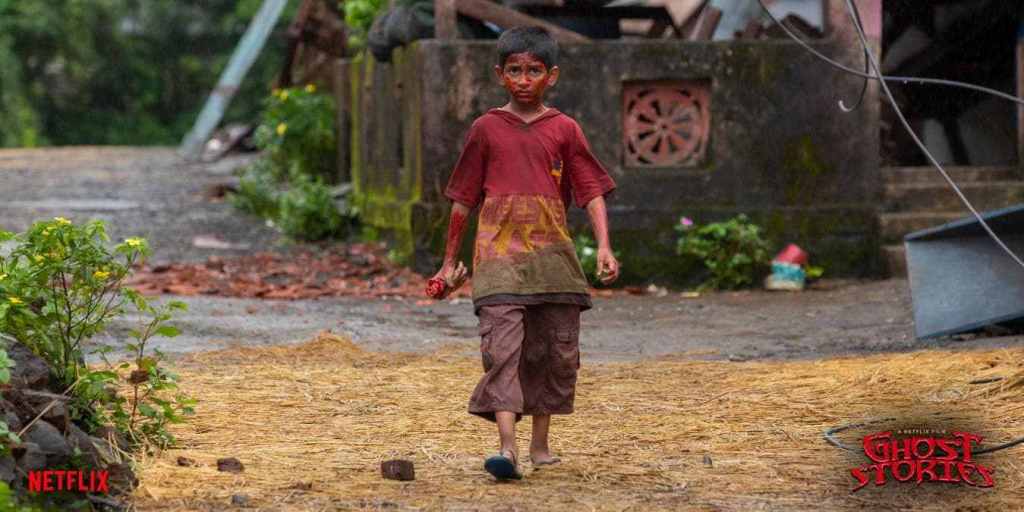 The small town versus big town story can be interpreted as representing the current global scenario in this Dibakar Banerjee story. Photo Courtesy: Netflix Twitter

Not surprising then that Karan Johar’s segment, the last of the four, might end up being the most favoured, especially with the story being set in a current time zone, its familiar glamorous and rich setting as in previous Dharma productions, and a non-ambiguous clear plot. It’s set in a typically Johar film posh, wealthy household with designer wedding clothes and even a song thrown in for good measure.

'Granny' tells a story of beautiful Ira (Mrunal Thakur) who after an amicable arranged marriage with wealthy Dhruv (Avinash Tiwary) discovers that he needs to speak to his Granny every night. The granny who has been dead for many years and whom only Dhruv can see. 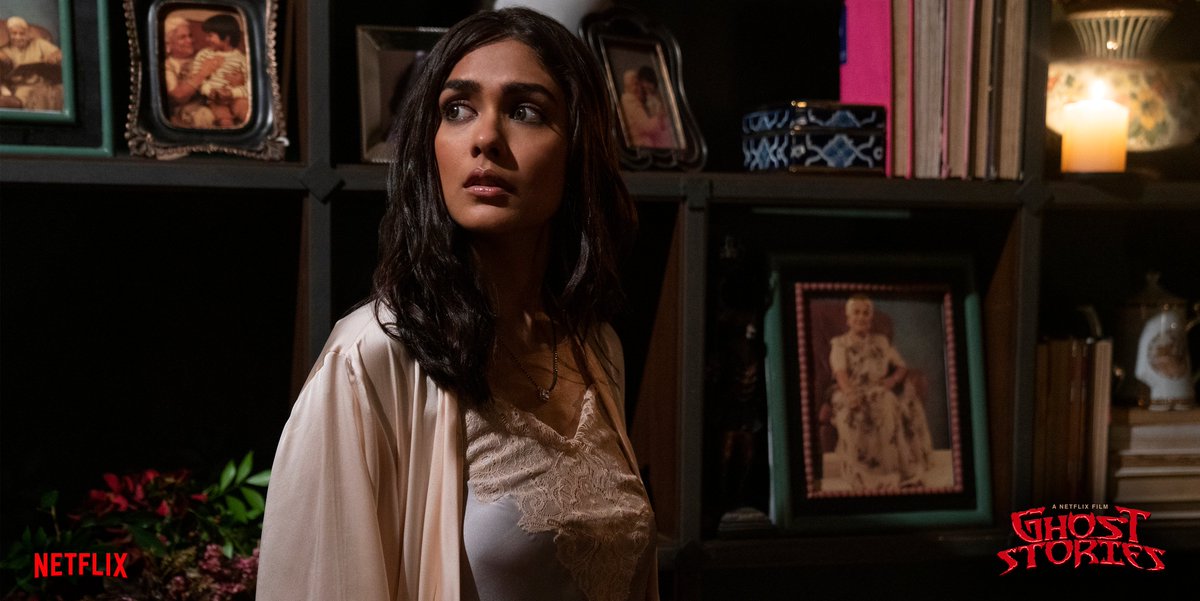 There are so many people walking about in the dead of the night in this movie, even the Granny who has died many years ago. Photo Courtesy: Netflix Twitter

The four Ghost Stories need not be seen in the same sequence, nor at one go and would be fun to watch if you are not really into scary ghost stories.