Kazakhstan enforces emergency after clashes over rise in fuel prices

Kazakhstan has imposed a state of emergency across the country after protests flared up into clashes over rising fuel prices, that witnessed picketers commotion near government buildings, multiple news agencies reported. 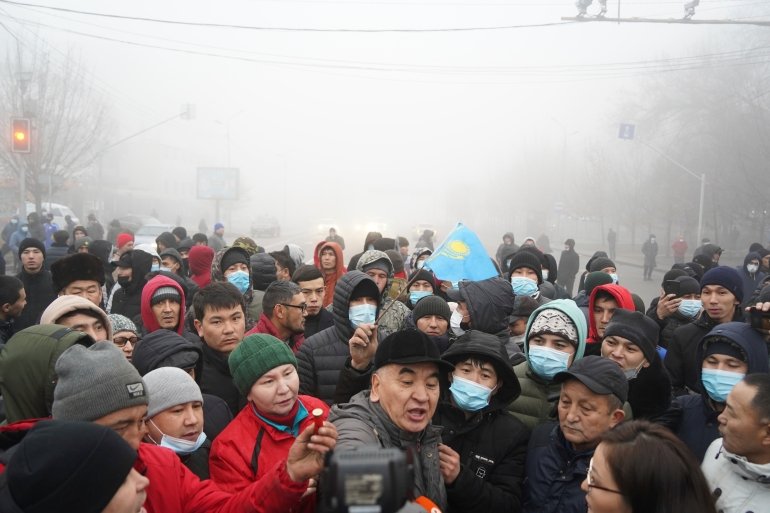 The demonstrations started over the weekend in western Kazakhstan over a jump in fuel prices. Photo courtesy: Twitter/@bolsh3vik

States of emergency had earlier been imposed in the epicentres of the rallies - financial capital Almaty, the Mangystau province, and capital Nur-Sultan.

The demonstrations started over the weekend in western Kazakhstan over a jump in fuel prices but quickly spilled into broader discontent drawing thousands to the streets across the country.