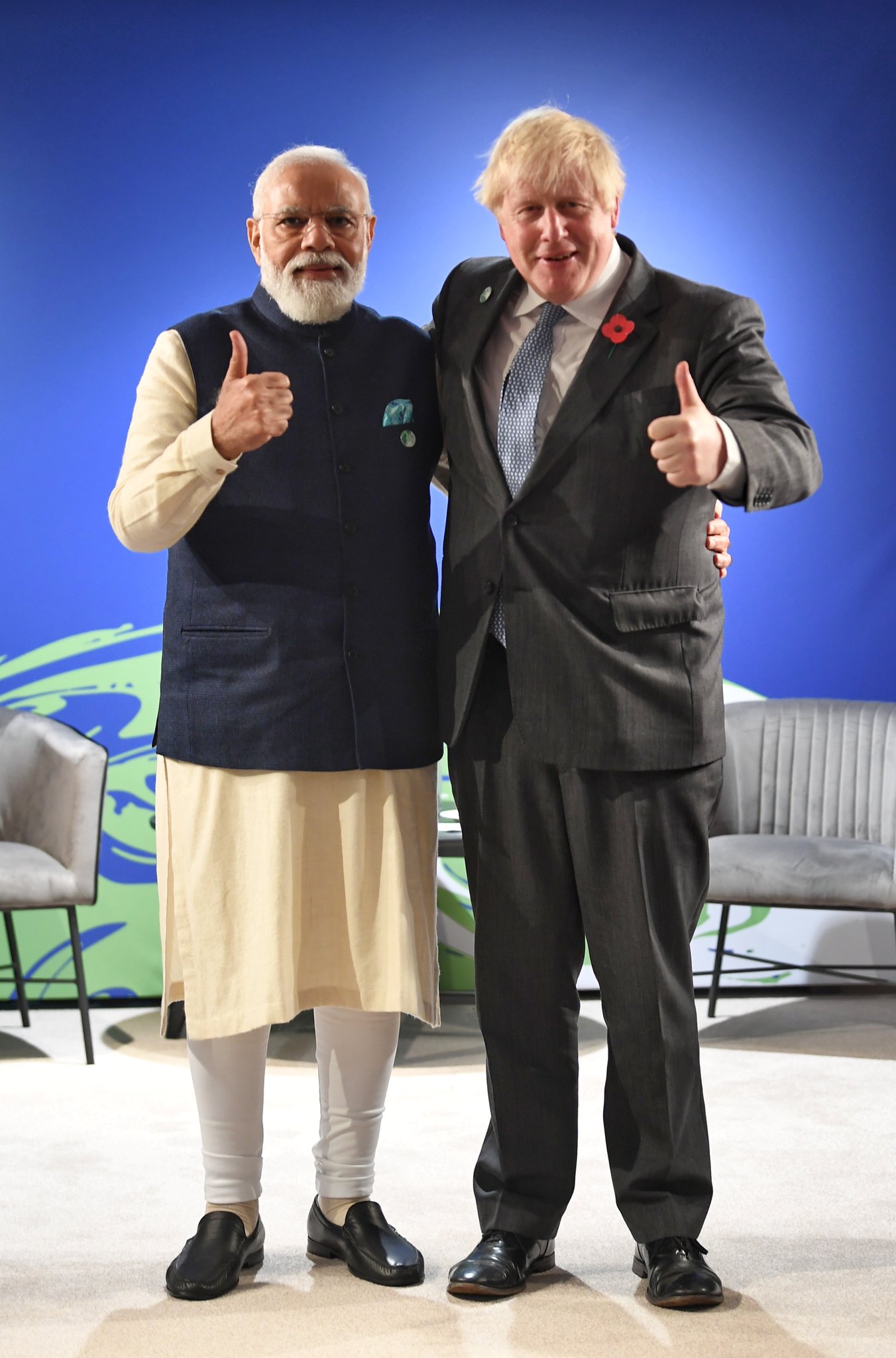 The two Prime Ministers unveiled the ‘One Sun Declaration’ setting out a shared vision of harnessing the full potential of clean power globally. Photo courtesy: Twitter/@narendramodi

Johnson and Modi launched the Green Grid Initiative - One World One Sun, One Grid. 'Green Grid' which is a UK initiative and 'One Word One Sun One Grid', which is the initiative from the National Solar Alliance proposed by India essentially seeks to promote connectivity through solar grids across the world.

Apart from India and the UK, Australia, France and the United States are also part of the steering committee of the 'Green Grids Initiative'.

In launching the GGI-OSOWOG, the two Prime Ministers unveiled the ‘One Sun Declaration’ setting out a shared vision of harnessing the full potential of clean power globally through the much greater interconnection of electricity grids across continents, countries and communities, including mini-grids and off-grid solutions to ensure no one is left without access to energy.

Speaking after the launch, Prime Minister Narendra Modi said the ‘One Sun One World One Grid’ and ‘Green Grids Initiative’ is “an idea whose time has come."

“If the world has to move to a clean and green future, these interconnected transnational grids are going to be critical solutions. I congratulate the International Solar Alliance and the UK COP Presidency for bringing it nearer to implementation,” Modi said.

Echoing his Indian counterpart, UK's Prime Minister Boris Johnson said his country is working hand in hand with “friends in India to transform the future of the power sector” and ensure clean and reliable electricity is accessible everywhere by the end of this decade.

“It’s fantastic that over 80 countries have backed our newly launched Green Grids Initiative, whose collaboration will not only see greater growth, jobs and investment in our global green future but also make sure no one is left without access to energy," Johnson said.

This initiative represents the strong historic bilateral relationship between the UK and India. The launch of this initiative was first agreed upon as part of the 2030 Roadmap for India-UK future relations in May 2021.