Jobless Indian forced to live on building’s terrace for 8 months in UAE, pleads to get back home

It could be an eye-opener to many who dream big to work in the Gulf region. A latest case throws light on the life of a jobless Indian who has been spending his life on a building terrace without proper food after his employer withheld his passport.

Sajeev Rajan, an electrician in his early forties is from Kollam Kerala where his wife, two children and parents live. 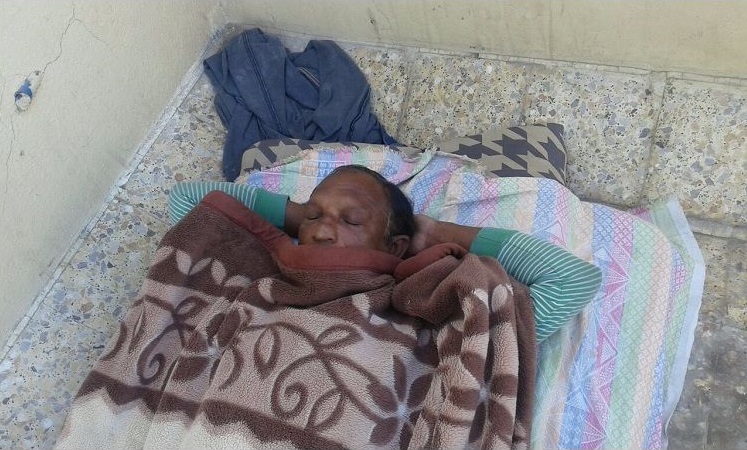 Sajeev Rajan, an electrician is from Kollam Kerala. Photo courtesy: The News Minute

Sajeev worked for a Sharjah-based construction company. He worked for the company for two years. As the salary of 900 Dirham (INR 16,761) wasn’t meeting his expectations, Sajeev left the job, but much to his horror, the employer (an Indian) refused to return his passport after settling his dues.

While talking to a leading daily, Sajeev said, "Please send me home or I will die here... there is no money for food or room. I was living in the company accommodation for two years. My contract ended on March 11 and I wanted to go home. Working for 900 Dirham (Rs 16,761) per month did not meet my expectations.”

As per Sajeev, his employer isn’t ready to release him from work and send him back to India. "When my boss refused to settle my dues and release my passport, I went to the Sharjah immigration department with a complaint. Afterward, my boss has been trying to delay the process. He is not abiding by the court order. He also filed an absconding case against me even though I had not absconded," he said.

Recently told you how Indians working abroad, especially in Gulf region, face a lot of issues at work. So much so that over 62,000 complaints have been registered with the Indian government in the last four years.

As per the Emigration Act, 1983, Emigration Check Required categories of Indian passport holders need to obtain Clearance for emigration from the office of
Protector of Emigrants for visiting 18 countries under Gulf region.

We hope, Sajeev and many others like him get the immediate attention from the concerned authorities and they are united with their families.