United States' President Joe Biden announced today that ISIS leader Ibrahim al-Hashimi al-Qurayshi blew himself up as US special forces conducted a pre-dawn raid against him in northern Syria – and that all Americans returned safely from the operation. 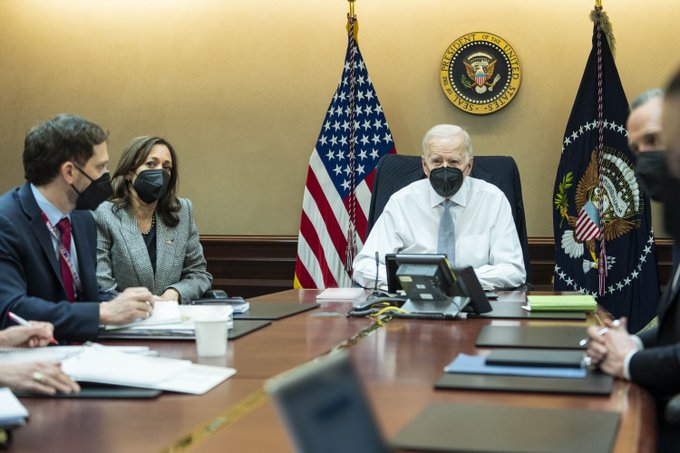 Thanks to the skill and bravery of our Armed Forces, we have taken off the battlefield Abu Ibrahim al-Hashimi al-Qurayshi—the leader of ISIS," Biden said in remarks at the White House.

"Last night at my direction, US military forces in northwest Syria successfully undertook a counterterrorism operation to protect the American people and our Allies, and make the world a safer place," he added.

The president said that al-Qurayshi was responsible for the recent attack on a prison in Syria holding ISIS fighters and called him the "driving force" behind the genocide of the Yazidis in northern Iraq.

The US President was briefed on the operation more than a month ago when it was determined that al-Qurayshi was living at the site, and again this week. Biden and Vice President Harris monitored the two-hour operation in real time in the situation room.

Earlier in the day, Pentagon Press Secretary John Kirby released an official statement that US special forces had "conducted a counterterrorism mission in northwest Syria".