Admiral Gilday is on a five-day visit to India from October 11 to 15. 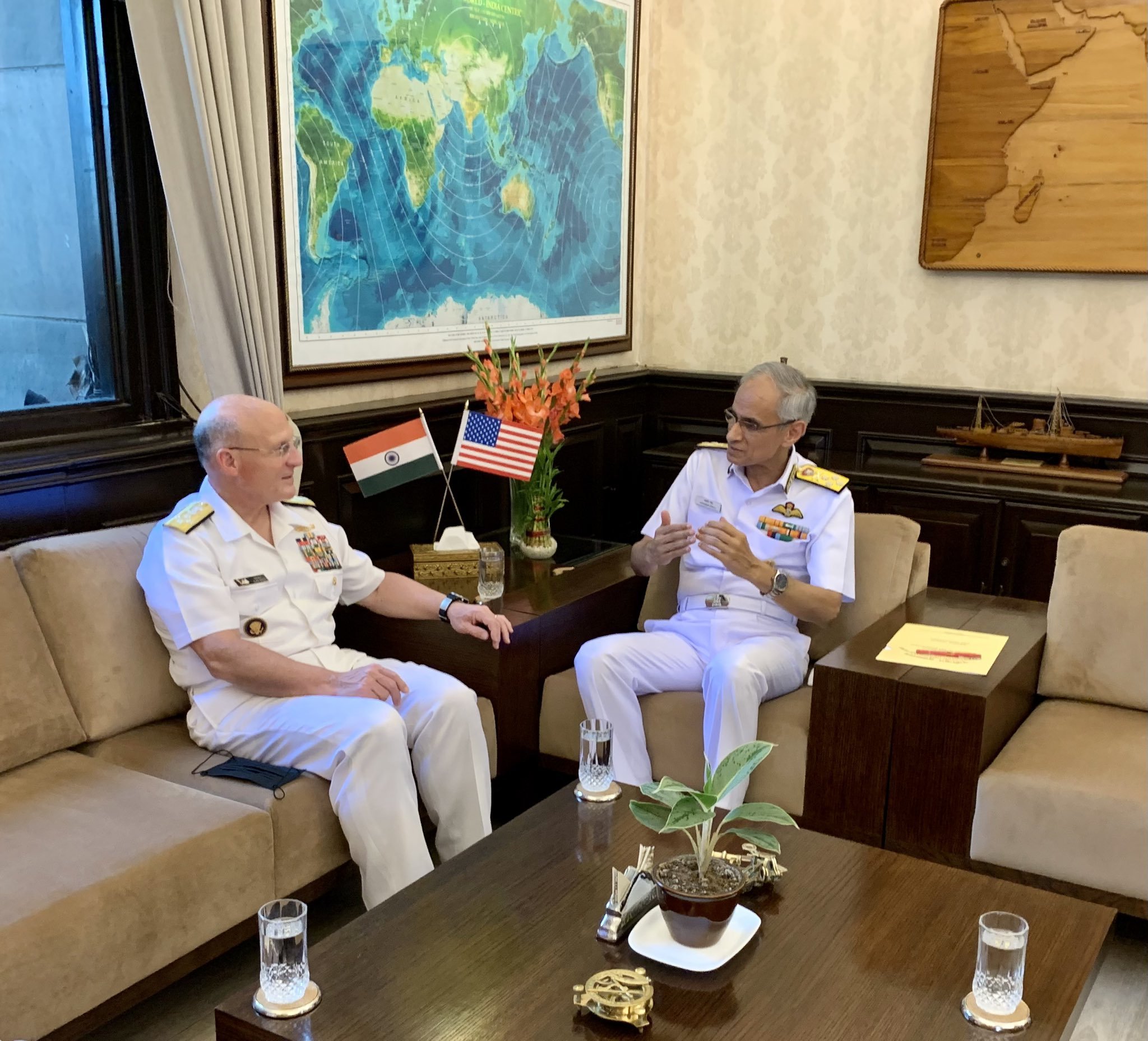 Officials said a range of issues including the regional security scenario, the situation in the Indo-Pacific and ways to further expand bilateral maritime cooperation figured in the talks, media reported.

After laying a wreath at the National War Memorial, the top American naval commander said India has a "long and distinguished record" of contributing to global security.

"Thank you Admiral Singh and the @indiannavy for hosting me during my visit to India. We are committed to operationalizing our #USIndiaDefense partnership, including through enhanced information-sharing, regional security, and exercising at sea together," Admiral Gilday tweeted.

"Admiral Gilday is also scheduled to embark the US Navy's Carrier Strike Group off the East Coast of India along with an Indian delegation," Indian Navy Spokesperson Commander Vivek Madhwal said.

The Carrier Strike Group is being led by nuclear-powered US aircraft carrier Carl Vinson and it is participating in the second phase of the high-voltage Malabar exercise from October 12-15.

The exercise features the navies of all four Quad countries comprising India, the US, Australia and Japan.

"Both the Indian and the US navies have also been cooperating towards exploring new avenues for collaboration with a shared aim of a free, open and inclusive Indo-Pacific," Commander Madhwal said.

The Indo-US defence ties have been on an upswing in the last few years.

In October last year, India and the US sealed the BECA (Basic Exchange and Cooperation Agreement) agreement to further boost bilateral defence ties.

The pact provides for sharing of high-end military technology, logistics and geospatial maps between the two countries.