According to an official statement from the Indian Prime Minister's Office, PM Narendra Modi in a call with Russian president Vladimir Putin yesterday appealed for an immediate end to the violence in Ukraine. 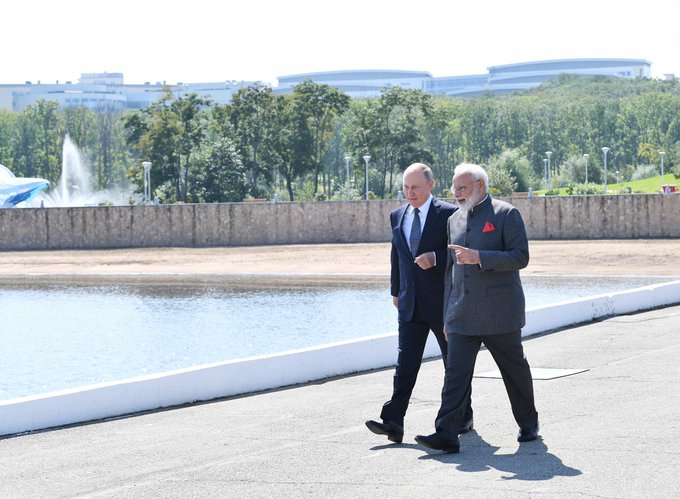 The conversation came hours after Ukraine's urgent appeal to India for intervention. The PMO statement said PM Modi called for "concerted efforts from all sides to return to the path of diplomatic negotiations and dialogue".

He reiterated his "long-standing conviction that the differences between Russia and the NATO group can only be resolved through honest and sincere dialogue," the statement read.

President Putin had briefed PM Modi about the recent developments regarding Ukraine.

The Prime Minister also discussed India's concerns regarding the safety of Indian citizens in Ukraine, especially students. India, he said, attaches the highest priority to their safe exit and return.

"The leaders agreed that their officials and diplomatic teams would continue to maintain regular contacts on issues of topical interest," the statement added.

Russia started military operations against Ukraine this morning after months of tension over the former Soviet republic's proximity to NATO.

Tanks and other heavy equipment rolled into several northern regions of Ukraine, separatist controlled areas in the east which Russia has formally recognised as independent nations and the Kremlin-annexed peninsula of Crimea in the south.

Through the day, Russian missiles had rained on multiple cities. The Russian Defence Ministry said it destroyed 74 above-ground military infrastructure facilities in Ukraine, including 11 aerodromes. Ukraine said Russia had carried out 203 attacks since the day began.

At least 68 people - soldiers and civilians - were killed, according to an AFP tally from various Ukrainian official sources.

Putin, who earlier claimed that Ukraine is a puppet of the West, today told his country's business representatives, "what was happening left us with no choice".

In the afternoon, Ukraine Envoy Igor Polikha had sought India's intervention today, saying, the "stature of Modi-ji makes me hopeful, that with Modi ji's strong voice, Putin will think".