There was plenty on the agenda during Indian Prime Minister Narendra Modi’s flying visit to Russia’s Far East, with discussions ranging from a joint contract to produce Kalashnikovs to Russia training Indian astronauts. 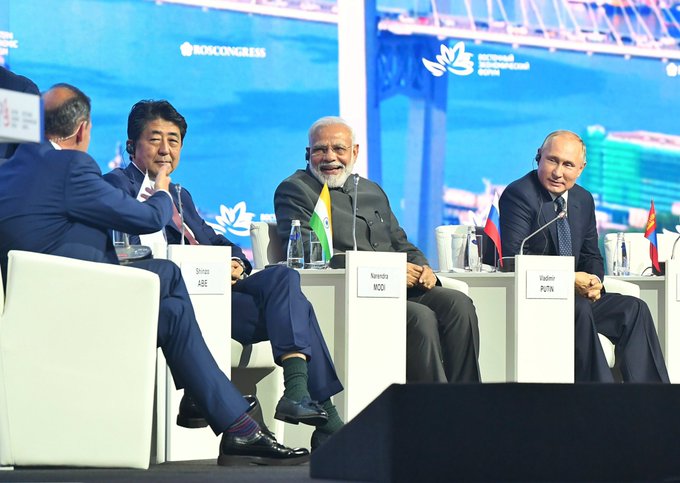 Modi stated his visit to Russia’s Far East region had been “productive” as he left for home on Thursday night.

Over the course of his two-day visit, he held summit talks with Russian President Vladimir Putin, attended the Eastern Economic Forum as the chief guest and oversaw the signing of multiple bilateral agreements across various sectors.

Modi on Wednesday held talks with Russian President Vladimir Putin during which they discussed ways to bolster cooperation in trade and investment, oil and gas, nuclear energy, defence, space and maritime connectivity.

The two sides signed 15 agreements/MoUs at the 20th Annual Bilateral Summit between both the nations in Vladivostok in areas such as defence, air, and maritime connectivity, energy, natural gas, petroleum and trade.

“I'm honoured to be the 1st ever Indian PM to be coming to Vladivostok. I thank my friend, President Putin for inviting me here,” Modi said at the joint press conference with Putin.

PM Modi also said at the meet that Russia will train Indian astronauts for the country's ambitious manned space mission - the Gaganyaan. The first Gaganyaan flight scheduled for 2022 will carry three astronauts, who will be picked from among the test pilots in the armed forces.

New Delhi and Moscow also agreed to a joint venture for manufacturing AK-203 Kalashnikov assault rifles in India. During the announcement of the joint venture, Modi said the move will bring bilateral cooperation in the military and technical area to a new level.

In his address at the forum, the Indian PM emphasised the importance of the resource-rich region to both Indian policymakers and citizens. He stated that India will walk shoulder-to-shoulder with Russia in its development of the Far East region.

“India is the first country which opened its consulate in Vladivostok. Even during Soviet Russia when there were restrictions on other foreigners, Vladivostok was open for Indians,” Modi said.

He said his visit is set to strengthen India's position in the Asia-Pacific that has emerged as the kernel of a joint future geo-strategy.