The Indian Embassy in Ukraine has sent an urgent advisory asking all citizens in Kharkiv to evacuate immediately, as Russian action intensified in Ukraine's second largest city.

URGENT ADVISORY TO ALL INDIAN NATIONALS IN KHARKIV.
FOR THEIR SAFETY AND SECURITY THEY MUST LEAVE KHARKIV IMMEDIATELY.
PROCEED TO PESOCHIN, BABAYE AND BEZLYUDOVKA AS SOON AS POSSIBLE.
UNDER ALL CIRCUMSTANCES THEY MUST REACH THESE SETTLEMENTS *BY 1800 HRS (UKRAINIAN TIME) TODAY*.

In consecutive tweets, the Indian Embassy - which had to stop operations in Ukrainian capital Kyiv yesterday - said Indians should reach towns of Pisochyn, Babai or Bezlyudivka latest by 6 pm local time (9.30 pm IST), on foot if need be. 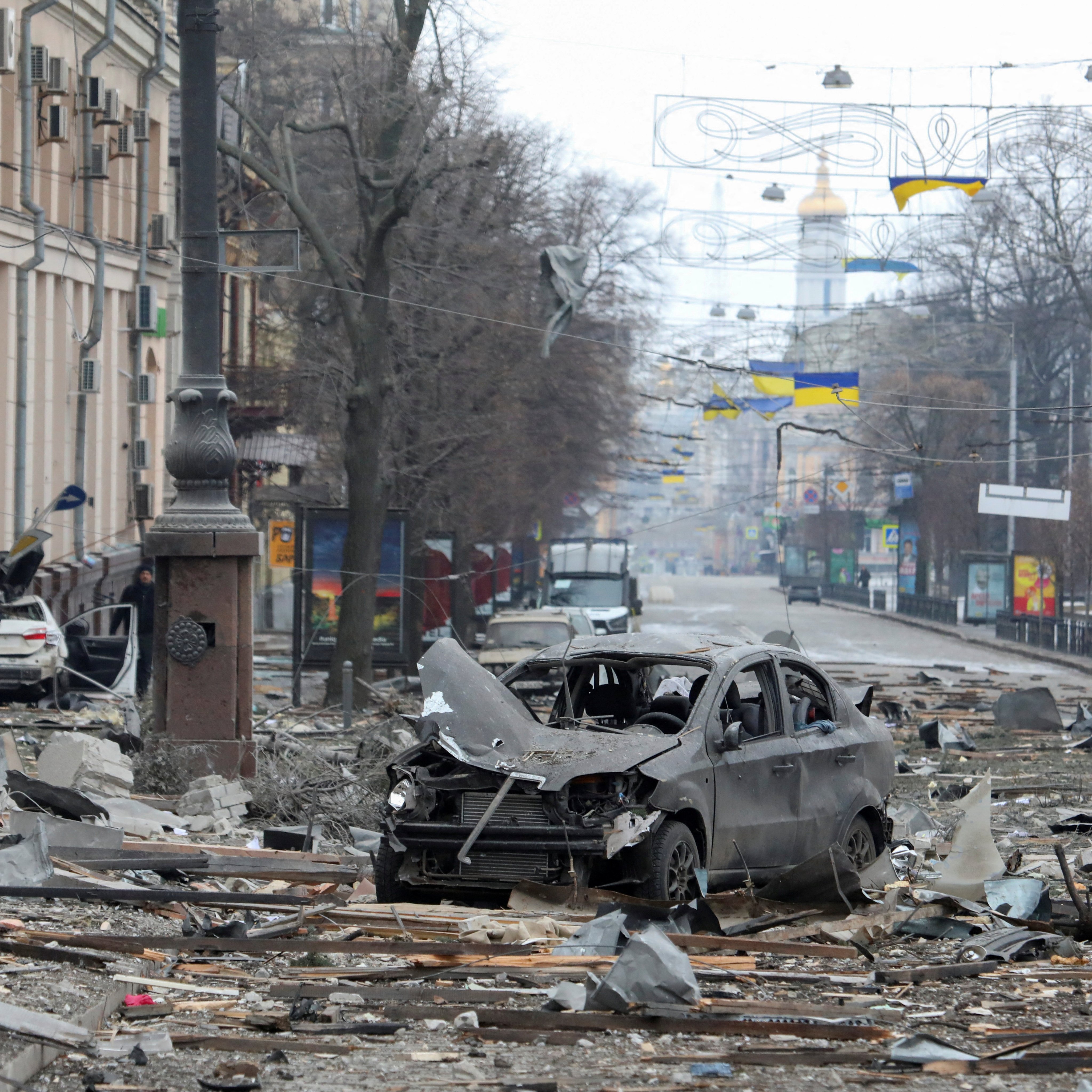 The advisory comes amid a huge shortage of public transport in the war-torn city, which has a population of 1.4 million. Photo courtesy: Twitter/@ajplus

The closest town, Pisochyn, is 11 km away – a distance, students have argued, is impossible to cover on foot, given the heavy shelling.

A second advisory underscored the urgency, saying "for their own safety and security they must leave Kharkiv immediately repeat immediately in the light of the deteriorating situation".

In Delhi, the foreign ministry said the advisory has been based on Russian inputs. "We have not chosen the time," said ministry spokesperson Arindam Bagchi.

The advisory comes amid a huge shortage of public transport in the war-torn city, which has a population of 1.4 million.

Road transport has not been available in the city over the last few days. Taking a train is also not easy, students stranded at the Kharkiv station have said.